Home » Celebrities » After Weeks of Protests, #EndSARS Has Become a Rallying Cry for a New Nigerian Generation

After Weeks of Protests, #EndSARS Has Become a Rallying Cry for a New Nigerian Generation

In the early 1990s, the Nigerian government set up the Special Anti-Robbery Squad (SARS). The squad was tasked with cracking down on violent crime. But what was once supposed to be a beacon of safety and hope turned into one of the most feared police groups in the world, with plainclothes officers profiling young, everyday citizens.

Many speculate that lack of governmental regulation and low salaries (recruits have a yearly salary of less than $300 USD) left officers open to bribery and eventually turned the squad into what we know it to be.

In early October, a graphic video of SARS officers dragging several people out of a hotel room in Lagos State and shooting one of them in the street, was shared on social media. At the same time, another video of an officer shooting another person in Delta State, stealing his car and speeding off, was circulating just as fast. Graphic videos of people being shot in cold blood, kidnapped, and extorted at the hands of SARS officers have been shared on social media consistently for years. But these recent videos caused organized protests the likes of which Nigeria hasn’t witnessed in recent history.

Seun Kuti — the youngest son of afrobeat pioneer and outspoken anti-corruption activist Fela Kuti, and one of the loudest most consistent voices speaking out against police brutality across the globe — attributes this organized outrage to coronavirus lockdown measures. “There were no distractions,” the singer tells Rolling Stone. “Our only occupation and entertainment was social media.”

One of the singular organizations that activists and leaders pointed to for mobilization and tangible action was the Naija Resistance Movement. While many see Kuti as the head of the organization, he disagrees. “I’m the convener. Let’s put it that way.”

The Naija Resistance Movement is a new political party that’s led by young pan-Africans with socialist leanings. Though the organization has seen support from some big names, Kuti explains that the organization is run by everyday people.

Kuti remains reticent in sharing exact plans of the organization, but he does point out that they are actively having meetings and are solidifying next steps for the liberation of the country. They just finished a roadmap, which Kuti says “amazed” him when he read it. When asked if he was nervous about pushback from the government, Kuti laughs. It should be noted that the current president of Nigeria, Muhammadu Buhari, was responsible for Fela Kuti’s longest stint in prison back in 1984 when he was also leading the nation as military head of state. 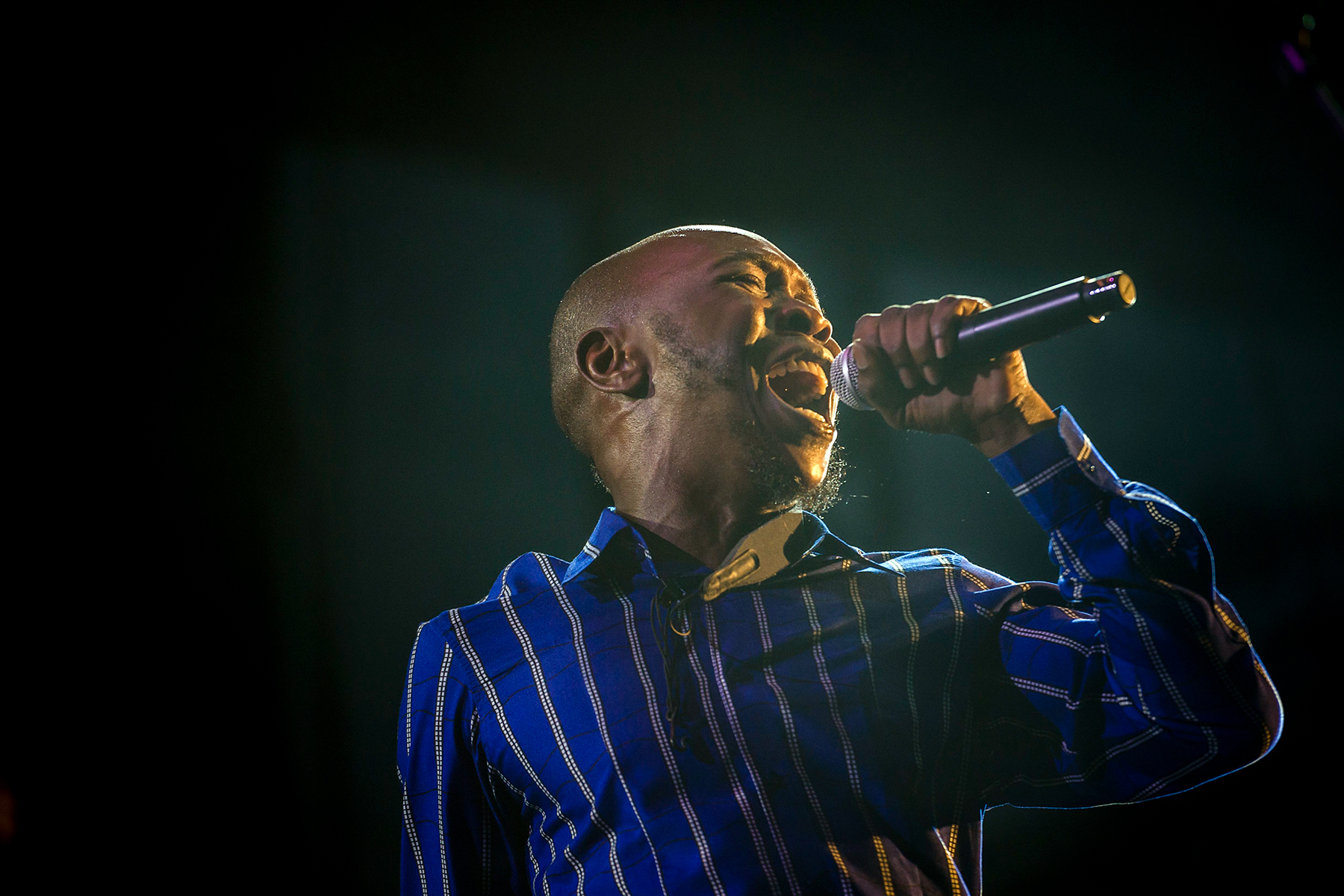 “You know, I’m wishing the Nigerian government would throw me in jail,” he said.” They know they don’t want to make that kind of cult hero out of me. They just act as if they don’t see me.”

For weeks, neighborhoods all over Nigeria, but primarily Lagos, were occupied by demonstrators. Thanks to the constant updates on social media, celebrities and public figures all around the world were using the hashtag #EndSARS. Plenty of people have pointed to different videos as the initial source of the #EndSARS movement, but the hashtag is nothing new; #EndSARS has existed since 2017 and it seems as though everyone has some kind of story to share.

In 2018, popular Nigerian recording artist Mayorkun, whose real name is Adewale Emmanuel Mayowa, says he was once again targeted by the special police unit. According to the 26-year-old singer, he was driving to an interview at a radio station, when he was stopped by SARS.

“They didn’t look like policemen because they were not wearing uniforms,” Mayowa explains. He says that they quickly flashed him a flimsy ID card before extorting him for money. During the ordeal, Mayowa let the station know that he’d been stopped by SARS and, as he was dealing with the situation, he heard the announcer tell the audience on that radio that he had been held up due to SARS. Experiences like this led to Mayowa to make sure he always travels with personal security. During the protests, Mayowa posted his support for the movement on social media, and though he isn’t attached to a particular organized movement, Moyowa says he supports all efforts to stop the violence.

In an attempt to assuage protestors, the government agreed to disband SARS, but immediately announced its replacement with the Special Weapons and Tactics team (SWAT). The move did not mollify demonstrators but added fuel to the fire and full details about SWAT have not been shared with the public.

On October 20th, during a peaceful demonstration near a tollgate in Lekki, supposed military officers surrounded protesters immediately after a 24-hour curfew announcement. Cameras were taken down from the tollgates, the lights were turned off and the officers started shooting into the crowd of unarmed citizens. DJ Switch, a popular Lagos DJ, was live on Instagram broadcasting footage of people dying at the hands of armed authority figures for millions to see. The Nigerian government went on to deny that the military shot at protesters, deny that security cameras were taken down just before the attack, and failed to take any accountability. Social media has dubbed it the Lekki Tollgate Massacre.

Afrobeats star Davido echoed the sentiments of many Nigerians when he addressed the president on Twitter by writing, “Buhari it’s game over step down.”

The aftermath of the events on October 20th energized people to fight for a new generation. It seemed like no one was letting up. But just as quickly as hope rises, it can dissipate. The daunting goal of making real governmental change led to people asking who could lead the revolution.

While Kuti agrees that ending SARS is important, he believes that ending oppression should be the main focus. If one were to end the endless oppression of Nigerian citizens through corruption and neglect, Kuti feels other issues would work themselves out. According to him, the source of police brutality is the lasting impact of colonialism and that colonialist mindsets ruined Nigeria’s natural homeostasis. “We tend to maintain the slave master relationship even if we say we’re free,” Kuti says.

Ever since Nigeria’s independence from the British in 1960, Nigerian leadership has been mimicking the behavior of their original oppressors, and when “the white man left,” Nigerian elites filled in the vacant oppressive roles, according to Kuti and others. These roles were originally created to protect British interests and suppress any pushback from Nigerians, who were obviously seen as a lower on the social hierarchy at the time. 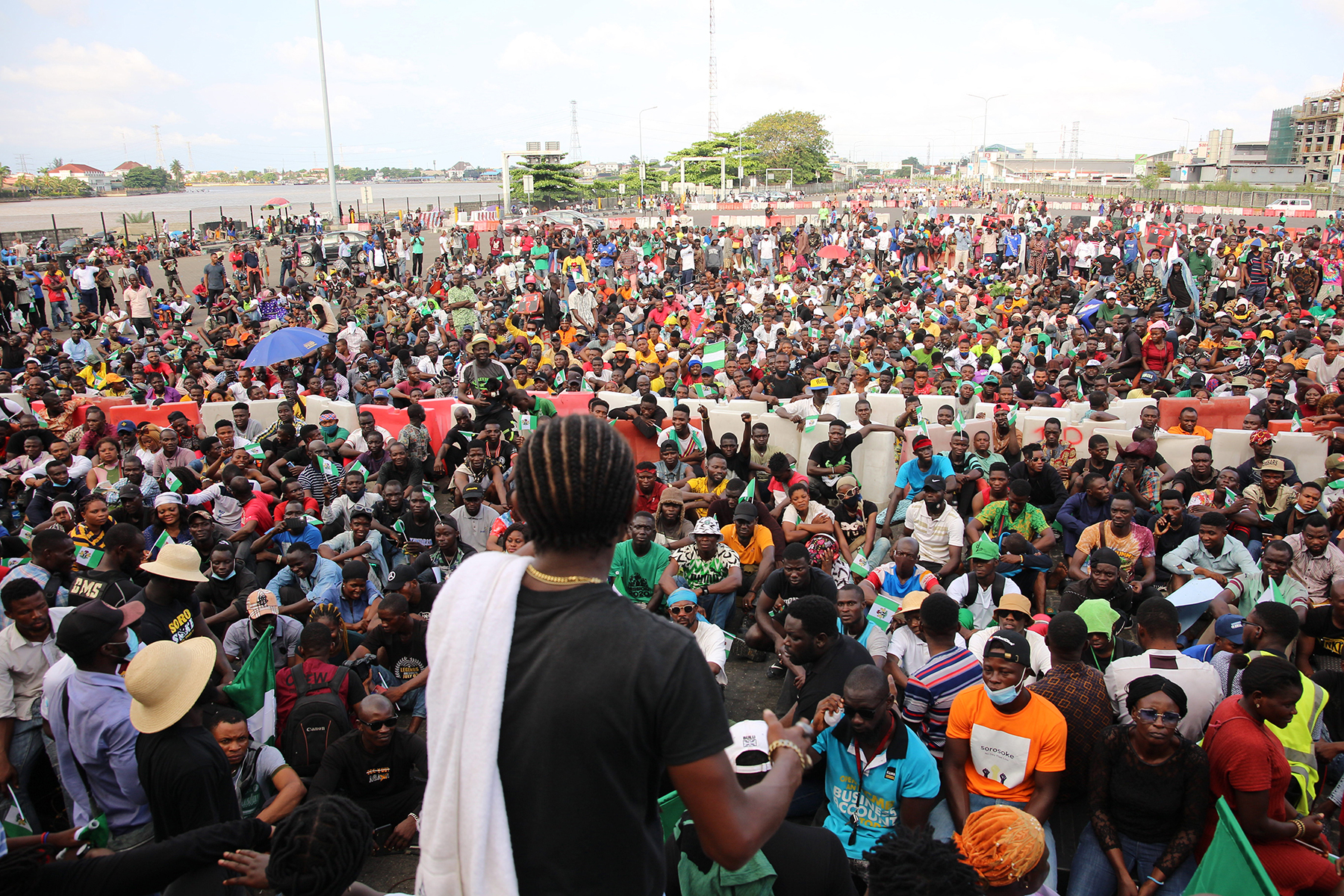 “If you look all over the world, everything that sparks confrontation between Black people and authority figures lies in the African person expressing themselves,” stresses Kuti. “You know, you come to Nigeria, they tell you it’s dreadlocks; that the cops get people with dreadlocks and tattoos, right? And I say to them, because dreadlocks and tattoos are forms of expression.”

He believes the cops are just all part of a system of oppression that has gotten out of control and until capitalist elite Nigerians can step back and see the full picture, there is no way forward. “Our cops don’t have problems with criminality,” Kuti says. This is the attitude that the Naija Resistance Movement encapsulates. Another idea that the organization plans on pushing for is wealth redistribution.

“The Nigerian people have not been beneficiaries of their commonwealth. All the wealth that Nigeria has generated over the years has only gone to the pockets of very few individuals,” says Kuti. “And they’ve used that to control the public sector and use more policies to accumulate even more wealth and power.”

He references billionaires that have more money than the loans that Nigeria took out from China. They made their money in Nigeria but don’t believe in the country, so they invest and promote projects in other countries. According to many in the movement, including Kuti, the fact that these individuals were even able to amass billions in the first place is due to archaic rules leftover from the oppressive British regime. Kuti believes it creates an incredible wealth gap that drives the issues of police brutality and profiling.

Even as the hashtags reduce in number and stop trending globally, Kuti says he’ll continue fighting for the growth of Nigeria as he has been for years. He doesn’t want to just end SARS — he wants to see a true end to oppression across the country.

END_OF_DOCUMENT_TOKEN_TO_BE_REPLACED

END_OF_DOCUMENT_TOKEN_TO_BE_REPLACED
Recent Posts
We and our partners use cookies on this site to improve our service, perform analytics, personalize advertising, measure advertising performance, and remember website preferences.Ok