Ann Winblad: 5 Things To Know About The Ex Bill Gates Took Getaways With After Marrying Melinda

There was another woman in Bill Gates’ life who he would vacation with annually without wife Melinda. We’ve got five things to know about venture capitalist Ann Winblad.

Despite marrying wife Melinda Gates in 1994, Microsoft founder Bill Gates still continued to take annual weekend springtime getaways to his ex-girlfriend Ann Winblad‘s home in North Carolina’s Outer Banks. And Bill’s 56-year-old wife was aware of the arrangement. The pair would go for walks on the beach, ride dune buggies and go hang gliding. Bill, 65, dated Ann, now 70, in the 1980’s, all the way up until their 1987 split, which was the year he met Melinda. Bill was so close to Ann that he even asked for her approval when he was considering marrying his future wife. The pair has now split after 27 years of marriage, with Melinda filing for divorce. We’ve got five things to know about his ex, venture capitalist Ann Winblad.

According to Time magazine in a 1997 profile, Ann and Bill “met in 1984 at a Ben Rosen-Esther Dyson computer conference and started going on ‘virtual dates; by driving to the same movie at the same time in different cities and discussing it on their cell phones.” Ann became an early and heavy investor in Bill’s burgeoning company, Microsoft. 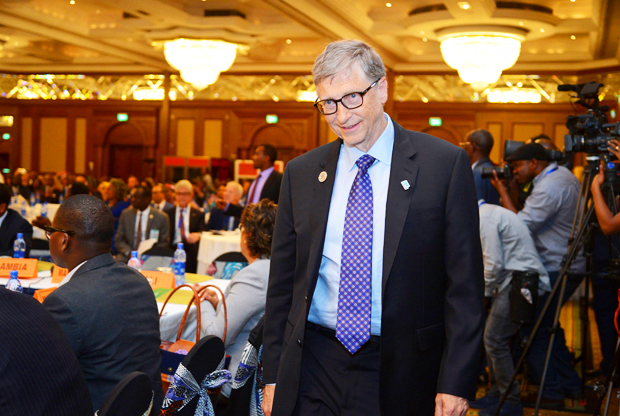 According to Time‘s profile of Bill and Ann, the pair were far from the average romantic couple. “They were kindred minds as well as spirits. On a vacation to Brazil, he took James Watson‘s 1,100-page textbook, Molecular Biology of the Gene, and they studied bioengineering together. On another vacation, to a Santa Barbara, California, ranch, she took tapes of Richard Feynman‘s lectures at Cornell, and they studied physics.”

Bill asked for Ann’s approval before proposing to Melinda

The two broke up in 1987, mainly because Ann — who was five years Bill’s senior — was more ready for marriage. When Bill was considering proposing to Melinda in 1993, he called and asked for Ann’s advice. “When I was off on my own thinking about marrying Melinda, I called Ann and asked for her approval,” Bill explained to Time. Ann told the publication about Melinda, “I said she’d be a good match for him because she had intellectual stamina.” 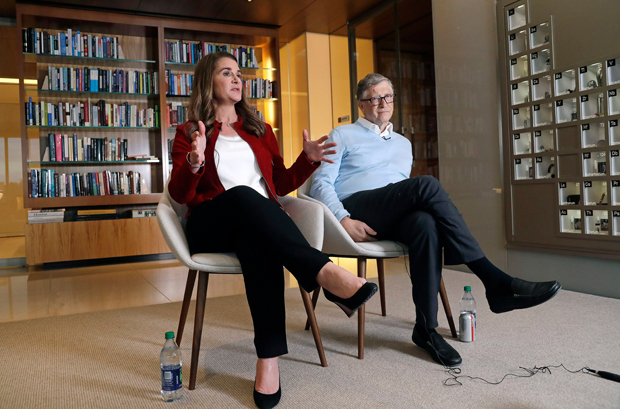 The pair would rendezvous every spring for over a decade at Ann’s cottage on the Outer Banks of North Carolina. “We can play putt-putt while discussing biotechnology,” Gates told Time in his profile, while Ann had a grander view of their wider relationship. “We share our thoughts about the world and ourselves,” she told the publication. “And we marvel about how, as two young overachievers, we began a great adventure on the fringes of a little-known industry and it landed us at the center of an amazing universe.” Ann helped engineer and develop companies into what is now known as Silicon Valley, while Bill built Microsoft into the world’s top software company.