Arnold Schwarzenegger is most known for starring in blockbuster films such as The Terminator and Twins, but he has a past life as a championship bodybuilder. He made a name for himself after starring in the 1977 documentary, Pumping Iron, and transitioned into the film industry several years later.

As a bodybuilder, Schwarzenegger is one of the best to ever do it. Over the course of his competitive career, he won first place 12 times in 15 years, an impressive feat.

Years later, Schwarzenegger admitted that he hired ballet instructors to teach him how to pose for competitions better. 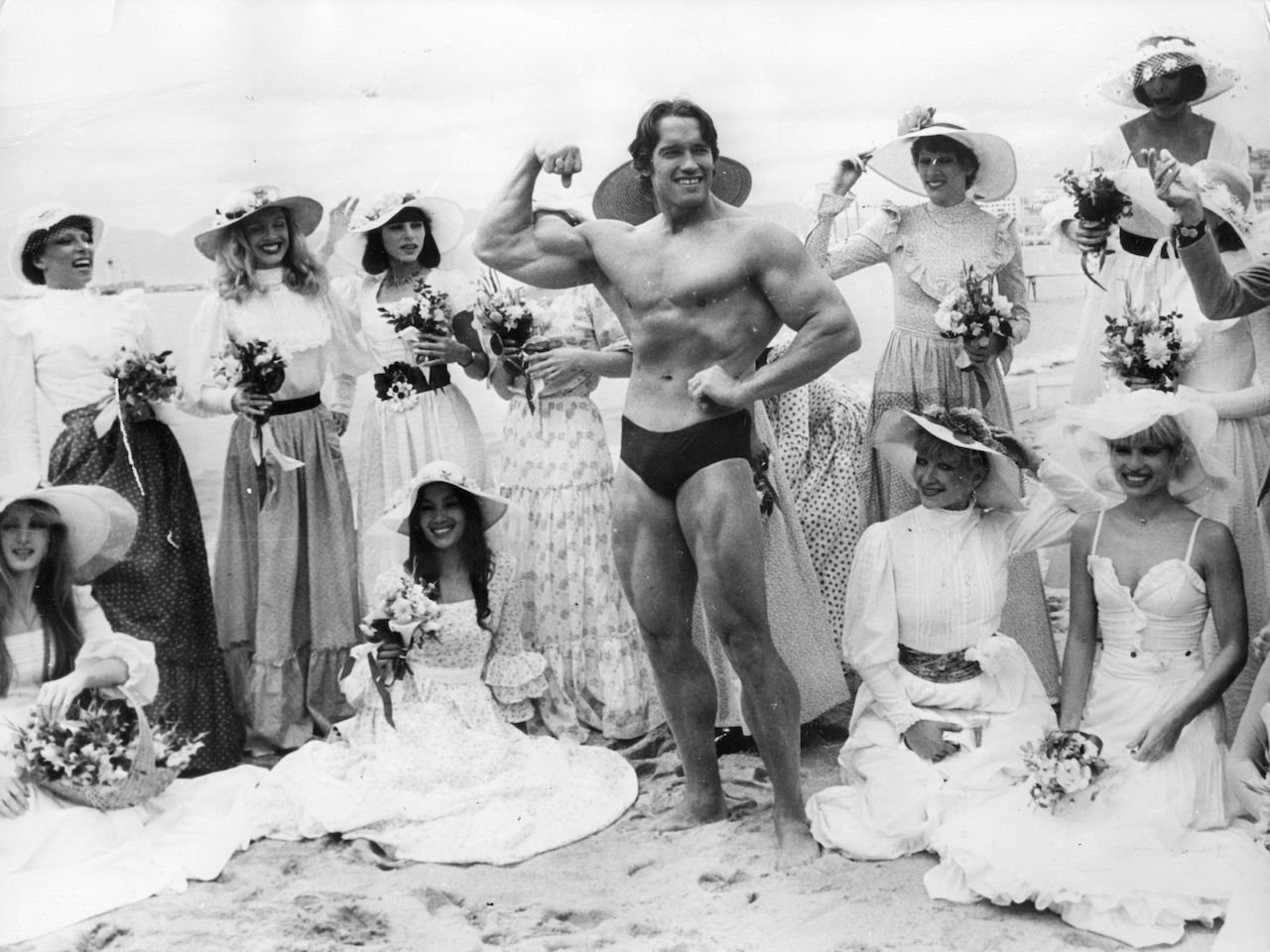 Schwarzenegger’s passion for bodybuilding goes beyond fitness. He sees the craft as an art form and told Graham Bensinger that he’s always looked at the human body as a work of art.

“Well, I have always had an eye for aesthetics. … Some people say because I’m a Leo with a rising Cancer. … The artist is in me,” Schwarzenegger said. “That’s why I like to draw and paint and stuff like that. And I think that had an effect, also, on my body. Because I looked at the body as a complete work of art, and I always kind of looked at it kind of like you have to sculpt it with the hundreds of different machines and exercises that we have. Instead of a chisel and a hammer.”

He compared posing in competitions to art auctions

Later in the interview, Schwarzenegger likened posing on stage to having art displayed at an auction.

“It goes back to art … It’s like if you have a painting or a sculpture of a famous artist,” Schwarzenegger said. “They will go and display it in the best possible way. If you have an auction, an art auction … when they bring out a Picasso it has a special spotlight on it, and it has a special frame and everything is very, very special. And the same is with bodybuilding. If you don’t present your body and this muscular development … in the right way, if you don’t study it, the way to pose, that all those muscles really come out, and how you move gracefully from one pose to the next, and how you keep your waist in and do all of those things, you don’t have anything.”

He hired ballet teachers to teach him how to pose

In order to improve his form, Schwarzenegger admitted that he hired ballet instructors to teach him better posing techniques.

“After working out, we’d train the posing for a half an hour to an hour, then we did it again, later on in the evening,” Schwarzenegger said. “So it was something that we did over and over, we even hired ballet teachers to teach us about the hand movement and how to look. How to move slowly, and how the eyes have to move and all of that. How to show confidence.”

Schwarzenegger’s days as a bodybuilder are long behind him, but his hard work and dedication to his craft still inspire many today.