Ayesha Curry has stunned in a series of snaps which showed her twerking in the kitchen while cooking up a crab and shrimp risotto.

Cookbook queen Ayesha Curry not only served up a delicious looking risotto on December 26, but also some killer dance moves! The mom-of-three took to Instagram to share a pic of herself twerking in a pair of figure-hugging black leather pants which featured fluffy tassels at the bottom. “You can take the girl out of Markham but you can’t take the Markham out of the girl LOL,” she wrote in her caption, referencing her Canadian hometown in the Greater Toronto Area.

She also showed fans her “random Christmas crab and shrimp risotto,” which she made on Christmas Day, adding, “Hope everyone had a great and safe Holiday.” The brunette beauty also rocked a powder blue sweater, and pulled her braided hair back into a bun. “Ayesha got some [cake],” one fan joked, while another commented, “Markham represent!!!!”

Although her holiday risotto dish looked yummy, Christmas had already come early for Ayesha and her adorable daughter Riley. The eight-year-old, whom Ayesha shares with Golden State Warriors star Steph Curry, 32, was so excited when Beyoncé‘s latest Ivy Park collection arrived on their doorstep. Not only did the video feature the fabulous pieces that the Lemonade songstress, 39, gifted to the famed celeb chef, it also captured the mother-daughter duo’s genuine reaction. 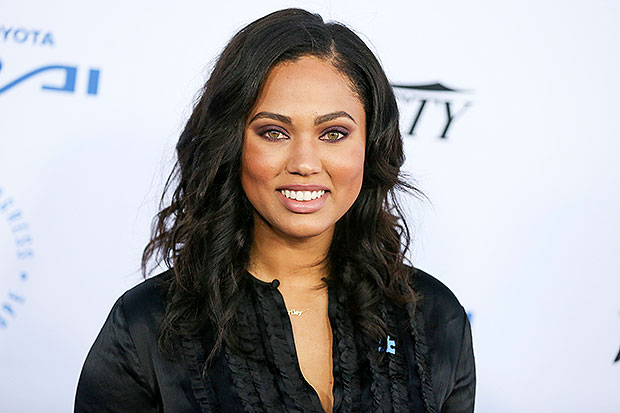 “It’s a Beyoncé,” Ayesha yelled at the camera while sitting on the floor and unwrapping the packaging. Little Riley sat next to her mom, encouraging her to “open it, open it, open it, OPEN IT!” Ayesha looked just as excited as a kid on Christmas morning, yelling at the top of her lungs in excitement. “It’s the black,” she told the camera, while clapping her hands and noting it was the exact item from the collection that she wanted.

END_OF_DOCUMENT_TOKEN_TO_BE_REPLACED

END_OF_DOCUMENT_TOKEN_TO_BE_REPLACED
Recent Posts
We and our partners use cookies on this site to improve our service, perform analytics, personalize advertising, measure advertising performance, and remember website preferences.Ok