Lizzo, 32, has been hailed an “icon” after her powerful speech the Billboard Music Awards 2020. After picking up an award for Top Song Sales Artist, she delivered a rousing acceptance speech about equality and suppression ahead of the US presidential election next month.

Use your voice and refuse to be suppressed

The chart-topping singer also wore her message loud and clear as she donned a skin tight black dress emblazoned with the word ‘vote’ in white lettering.

She stunned as she used her platform for good, speaking out against voter suppression and calling for self-acceptance among her peers.

“I’ve been thinking a lot about suppression and the voices that refused to be suppressed and I wonder would I be standing here right now if it weren’t for the big black women who refused to have their voices be suppressed?” Lizzo said.

“If you are at home watching this and you are thinking about changing yourself to feel worthy, this is your sign to remain true to who you are.

She added: “So whether it’s through music, protest, or your right to vote, use your power, use your voice and refuse to be suppressed.”

She ended the speech with her infamous “bye b***h” slogan, as she ran off stage in the wrong direction.

Taking to Twitter, fans were overly impressed with her words and thought the award was very well deserved. 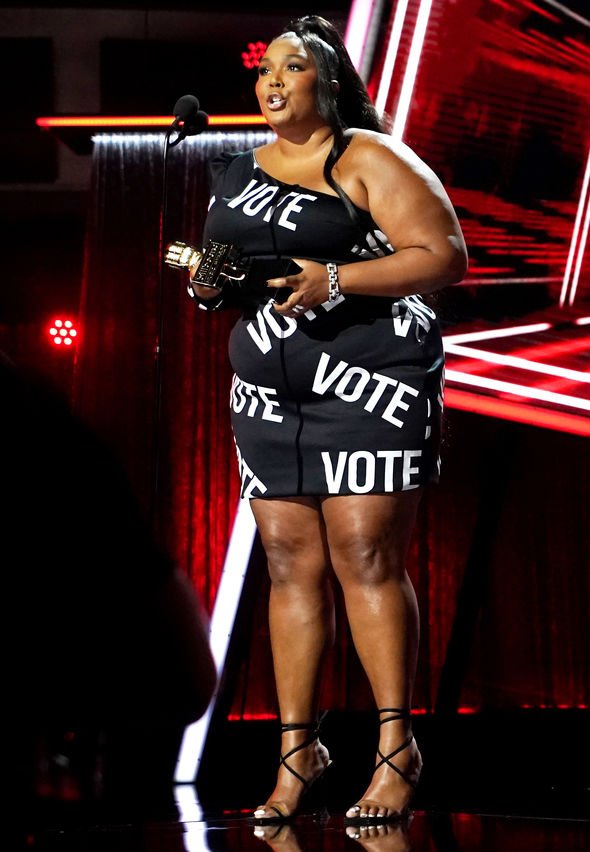 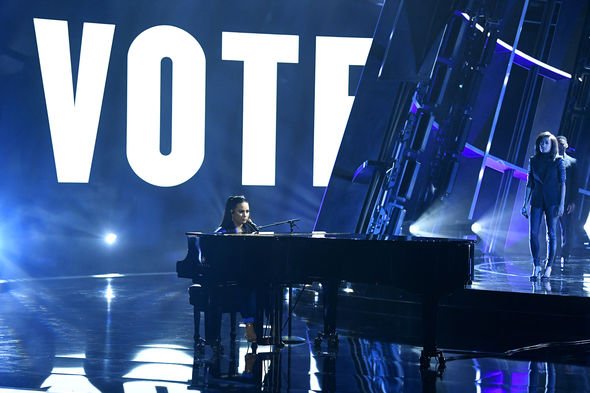 “She is such an impressive young lady. I hope her peers vote!” one applauded.

Another added: “Powerful message for everyone.”

“Her speeches are so motivating!” praised a fourth.

But with politics, there will always be a divided opinion and there were those who believed that the message shouldn’t have been brought attention to.

A second agreed: “Why do we have to bring politics into everything. Just enjoy the music.”

“Boring, no room for politics here!” a third complained.

But Lizzo wasn’t the only one to incorporate the importance of voting into her appearance, as Demi Lovato also lit up the stage with a huge sign.

The final performance of the night saw girl group En Vogue sport ‘vote’ inspired clothing and masks as they debuted their new song.

END_OF_DOCUMENT_TOKEN_TO_BE_REPLACED

END_OF_DOCUMENT_TOKEN_TO_BE_REPLACED
Recent Posts
We and our partners use cookies on this site to improve our service, perform analytics, personalize advertising, measure advertising performance, and remember website preferences.Ok