Home » Celebrities » Bella Hadid and The Weeknd Are Reportedly Back Together

Bella Hadid and The Weeknd Are Reportedly Back Together

It looks like one of your favorite on-again, off-again couples is, well, back on again. E! News is reporting that Bella Hadid and The Weeknd (née Abel Tesfaye) have rekindled their romance two months after their summer breakup.

Rumblings of the couple’s current relationship status bubbled up last night during Hadid’s birthday party at New York City’s L’Avenue. Tesfaye was there, spotted taking tequila shots with the model at the bar with her friends, according to E!.

“He was with her the entire night and they left together to go back to the apartment they both shared,” a source told the outlet. “You could tell that they were definitely in love and they both looked very happy being around each other.” 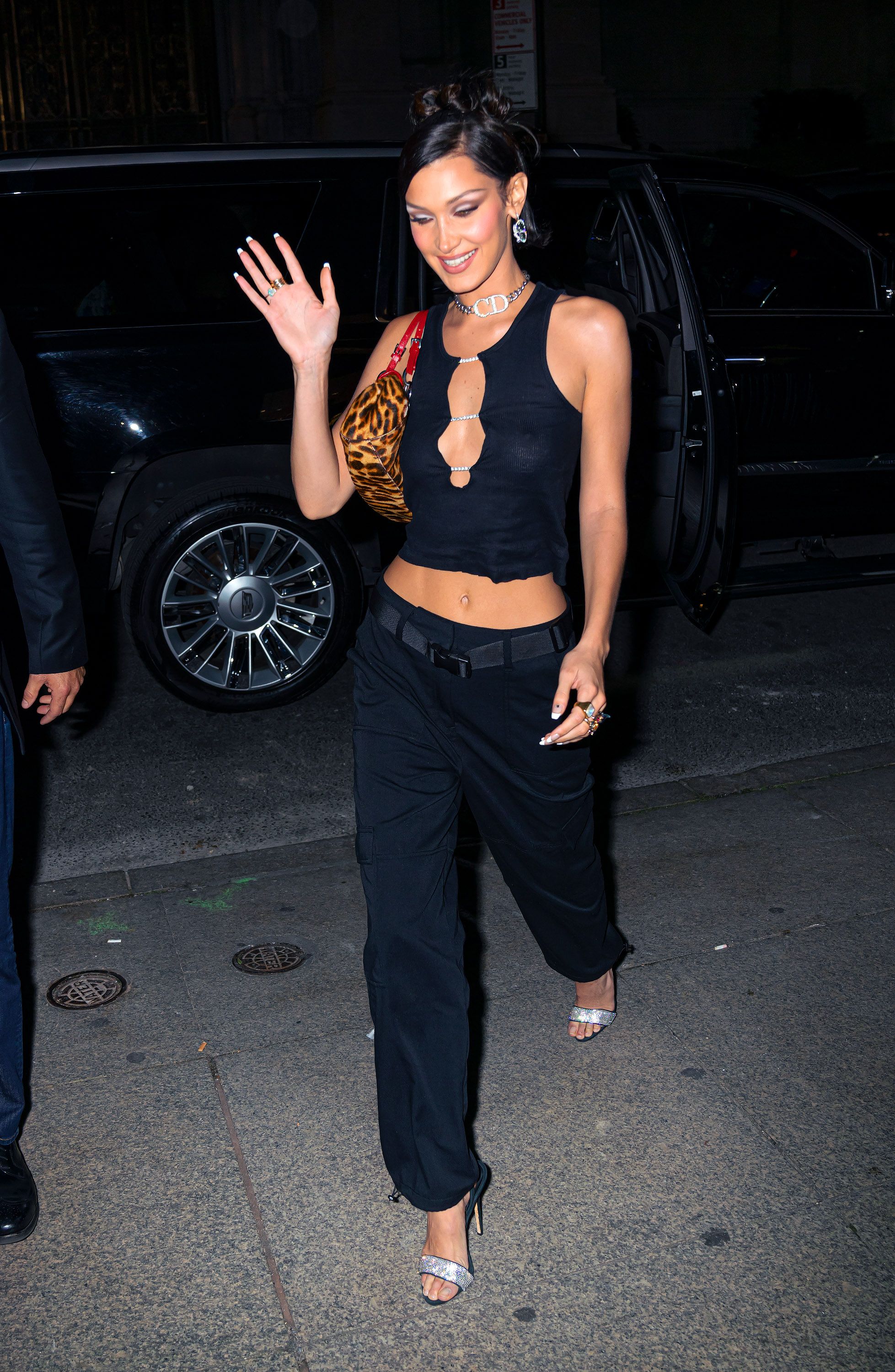 Although Hadid and Tesfaye weren’t photographed at the celebration together, the birthday girl was snapped on her way into the venue. She looked party-ready in a steamy black crop-top with crystal-embellished cut-outs, cargo pants, a Dior choker, and crystal heels.

The insider added that Hadid and Tesfaye have been “in touch the last couple of weeks and have been working on their relationship.” The exchanges reportedly started with the singer reaching out to say hello, and ultimately he and Hadid met up. E! even reported this week that The Weeknd texted Bella on her birthday and she was later seen getting into his car after going out with friends.

The duo are “in a better place right now but are trying to keep things on the down low,” the source added. “They both want to be more private about it this time around.” Reports first broke in early August that the pair had split, citing “distance” as the reason for their separation.

Related posts:
and, are, Bella, Hadid, The, Weeknd
Celebrities

END_OF_DOCUMENT_TOKEN_TO_BE_REPLACED

When Is the ‘Station 19’ Season 3 Finale? The Shondaland Series Ends on Time in 2020

We’re on the cusp of finale season, but some projects have been canceled or put on hold due to the coronavirus (COVID-19) pandemic. In mid-March

END_OF_DOCUMENT_TOKEN_TO_BE_REPLACED

END_OF_DOCUMENT_TOKEN_TO_BE_REPLACED
Recent Posts
We and our partners use cookies on this site to improve our service, perform analytics, personalize advertising, measure advertising performance, and remember website preferences.Ok