Mary Crosby, 60, who gained international fame playing Kristin Shepard in the hit series Dallas, told us how her mother had recovered dozens of correspondents from her father,  Bing Crosby, to soldiers and their family members during WWII.

She said that the family had no idea these letters existed before her mother Kathryn uncovered them while cleaning out her home’s attic.

Mary said: “Dad was incredibly under the radar we didn’t find out the extent he did for the troops until we found the letters.

“We knew singing to the troops and visiting them was incredibly important to him but with regards to the letters, they were a discovery of my mom’s.

“My mom was cleaning out the attic and found a box and clearly it was something very close to his heart. 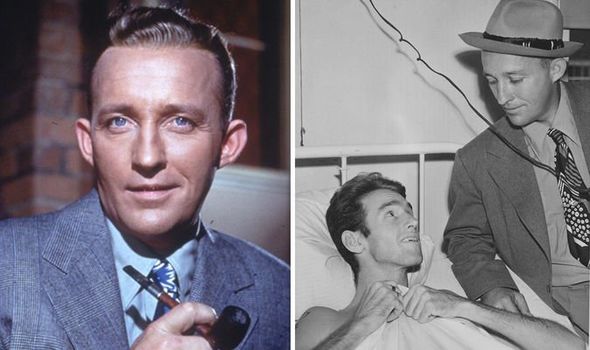 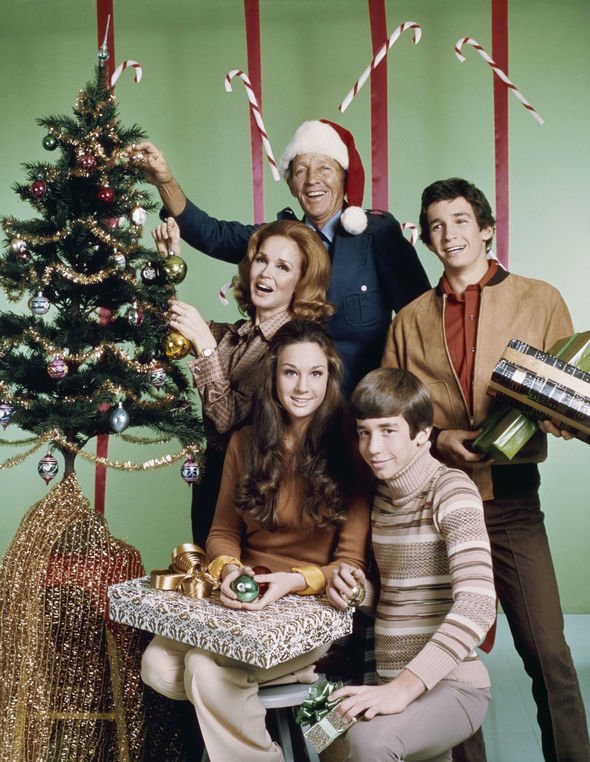 “He really showed up for them. Above and beyond in terms of writing them and writing to the parents of soldiers as well.”

The actress went on to say that some of the letters were particularly “heartbreaking” as were returned to Bing, having never reached the intended recipients.

She explained: “It was very tragic as many of the letters said return to sender which meant they hadn’t made it.

“It was such a very moving and heartbreaking discovery to realise that some of dad’s letters hadn’t reached the recipients.” 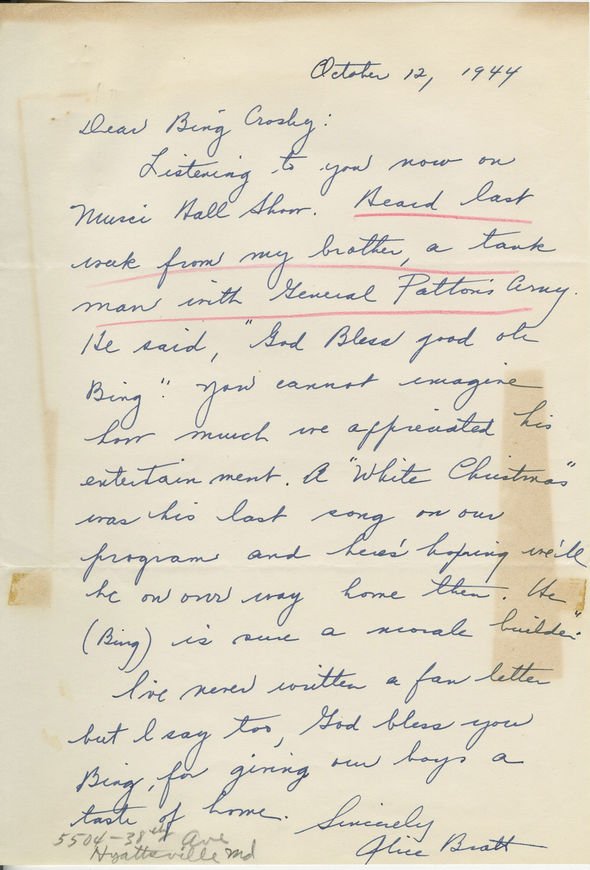 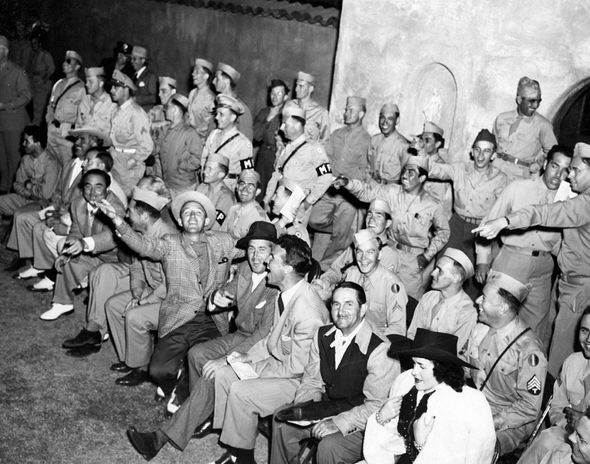 Despite the sombre implications of the returned letters, she said that many of the correspondences were remarkably poignant.

The Dallas star explained: “But the correspondences back and forth were very heartwarming because they were so appreciative and grateful to have heard from dad.

“Some said ‘my son or my brother saw you at such a date and thank you for bringing such joy and morale to the boys’”.

He performed on makeshift stages, on hospital wards and even at the end of wounded troops’ hospital beds.

His family estate, HLC Properties Ltd, has released the letters and photos from this period.

At the time of WWII, Bing was the biggest singer and actor in the world and hosted the most listened to radio show in America.

Mary said she hopes his legacy will last with music’s longevity, and a new album Bing at Christmas which includes the latest technology to create “crystal clear” recordings of his distinctive voice.

She said: “The miracle of technology is it brings his voice to life and it’s crystal clear.

“It is like Bing but better. There is the history of white Christmas, 80 years after the fact, and he’s back again.

“They have David Bowie and that’s such a special duet and then they’ve got the Puppini Sisters and Pentatonix.

“The combination of the new people singing with him is just superb.

“As a family we are thrilled and thrilled for our dad’s memory.”

Bing at Christmas is out now on Decca Records

END_OF_DOCUMENT_TOKEN_TO_BE_REPLACED

END_OF_DOCUMENT_TOKEN_TO_BE_REPLACED
Recent Posts
We and our partners use cookies on this site to improve our service, perform analytics, personalize advertising, measure advertising performance, and remember website preferences.Ok