Broadway star Lawrence Clayton, best known for his role in the 2015 revival of “The Color Purple,” died on Nov. 2 at age 64, Fox News confirmed.

The Buchwald talent agency confirmed to Fox News that the actor died after a two-year battle with glioblastoma cancer.

His representativevs note that Clayton was born on Oct. 10, 1956 in Mocksville, N.C. He attended North Carolina Central University before going to New York City to pursue a career in acting. He quickly made his way to Broadway, debuting in the 1981 play “Dreamgirls” as Effie White’s brother, C.C.

The role propelled him to other successful Broadway roles in plays such as “The High Rollers Social and Pleasure Club,” “Once Upon a Mattress,” “The Civil War,” “It Ain’t Nothin’ but the Blues” and “Bells Are Ringing.”

He left Broadway to tour with productions of “Dreamgirls,” “Jesus Christ Superstar” and “Les Miserables” in the 2000s before settling back on the Great White Way for “The Color Purple.” 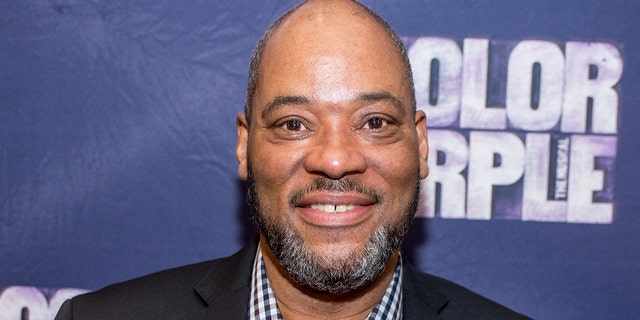 "A wonderfully talented actor and glorious singer, Lawrence Clayton was a much loved and loyal client of Buchwald for more than thirty five years," a statement from the agency reads.

Most recently he appeared as Pray Tell, the father of Billy Porter’s character in FX’s “Pose.”

Some of Clayton’s castmates took to Instagram to eulogize the late star, including Benjamin Magnuson, who co-starred with him in a production of “Les Miserables.”

“Completely heartbroken to hear of the passing of Lawrence Clayton last week. Another great one taken from us long before his time,” he wrote. “We performed together when he was playing Jean Valjean on the National Tour of Les Miserables, and his generosity of spirit was palpable when we first met. He was always humble and a great listener. Night after night, when I gave him back those candlesticks, the look of forgiveness and redemption always moved me. His eyes, his heart, his humor, his voice. What a talent.”

He added: “You shone, and you shone bright. I miss you, Lawrence. Rest In Peace. ‘Bring him home, bring him peace.’”

Clayton is survived by his wife, Linda, and their son Matthew.

END_OF_DOCUMENT_TOKEN_TO_BE_REPLACED

END_OF_DOCUMENT_TOKEN_TO_BE_REPLACED
Recent Posts
We and our partners use cookies on this site to improve our service, perform analytics, personalize advertising, measure advertising performance, and remember website preferences.Ok