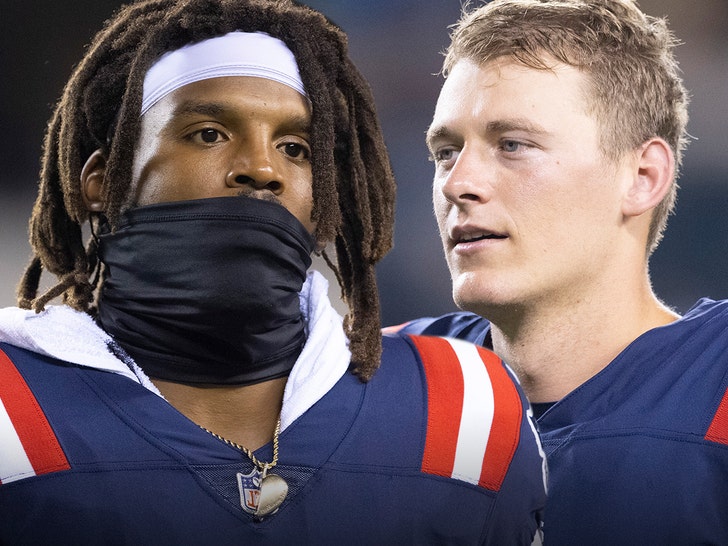 Cam Newton is a Patriot no more … New England has released the veteran QB in a shocking move.

The Pats announced the cut on Tuesday … paving the way for rookie Mac Jones to be the starter in New England going forward.

Newton hasn’t exactly lit it up for the Pats in his time under center — he threw for just 2,657 yards and 8 TDs along with 10 interceptions in 15 games last season.

And, his preseason work this summer wasn’t exactly inspiring either.

Still, Cam inked a 1-year, $5.1 million contract this offseason to play for the Pats … and all indications were he would begin the season as QB1 in New England.

As for what’s next for the Pats now, it’s clear Bill Belichick is ready to ride with Jones — the former Alabama superstar who the team drafted with the #15 overall pick in the spring.

Jones had a very good preseason — throwing no interceptions and completing 36 of his 52 pass attempts in three games.

It’s unclear, meanwhile, if Newton will find much interest from NFL teams now that he’s a free agent.