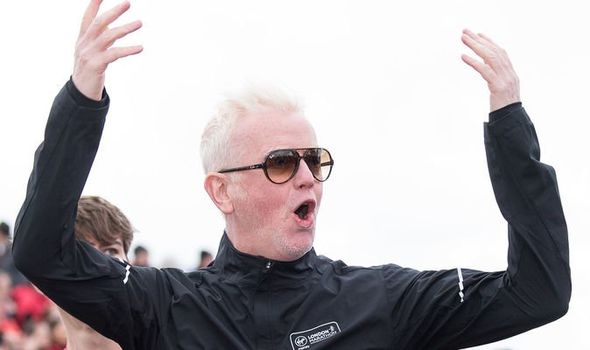 The radio host, who took part in the London Marathon in April, said that he was suddenly inspired to start running around five years ago, and that the hobby is his “new nirvana”. Writing in The Sunday Times Magazine, Evans said that he started running “because God told me to”. He wrote that he “wasn’t even aware He/She/It and I were still on speaking terms, let alone willing to work together for the sake of some much required midlife restoration.”

Chris said: “I swear this is precisely what happened.

“Approximately five years ago, I was driving back from London to Berkshire on my regular commute when, just as I was approaching Virginia Water in Windsor Great Park, a voice from somewhere, definitely not mine and I think from up above, instructed me to pull into the car park and try to run around the lake.

“Which I duly did, no arguments, no hesitation, as if I didn’t have a choice.”

Chris, 53, said that he was on the move for around 10 minutes “before I even began to question what universal force had taken me over”, and that he felt an “inner sense of achievement” unlike any other he had felt in years. 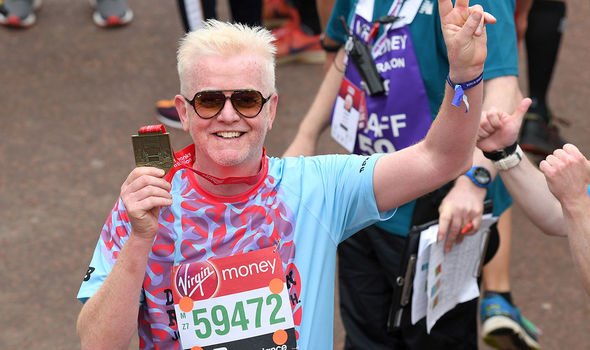 The broadcaster, who in his younger days in the 1990s was known for his fast-paced, party-heavy lifestyle, said that the improvement he felt throughout his body within the first few days were “exponential”.

He added: “Fast-forward to the here and now, I’m a stone lighter, I’ve managed six marathons, countless half-marathons, loads of fun runs and park runs, still shuffling whenever I can, wherever I can, however I can.

“But what a fantastic addiction.

“Notwithstanding the general extra wear and tear on one’s joints, although not so much on mine because I’m so slow, running has changed my life exclusively for the better.”

However, the former Top Gear presenter said that he has to keep signing up to take part in runs every two months “just in case the old non-running me sees a chink in my regime and tries to crash my new nirvana”.

In other news, Chris recently revealed he almost missed the birth of his second child with wife Natasha Shishmanian, 38, when he was away at a festival. 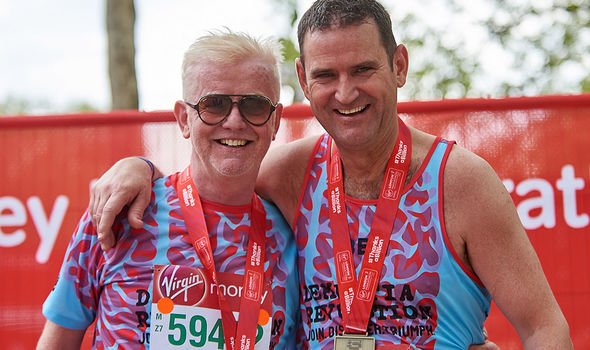 He explained: “I was doing the Hay Festival when she went into labour.

“She was late so, we thought, Hay is just around the corner.

“I was in the pub and just ordered a pint of shandy, because I was being semi-responsible, and a bag of nuts.”

After a 12-hour journey to the hospital, Chris managed to witness the birth of their second child; a son named Eli.