Discovery’s “Naked And Afraid” has always had a simple premise: strangers strip down in a remote location and try their best to survive off the land. The original series sees two strangers on a 21-day journey. We watch them bicker, we watch them almost starve, and we watch them inevitably struggle to light a fire. “Naked and Afraid XL” took that to a whole new level with a 40-day team challenge. As the idea goes, more people means more drama. There was even a whopping 60-day challenge and soon-to-premiere dating spin-off, but regardless of the particular series, there’s always been one constant: contestants are, in fact, naked and afraid.

To the average human being who prefers watching reality TV to actually going outside, “Naked And Afraid” is a gripping world of hurt. Not a single second looks pleasant, except for the part where contestants finally get to go home (and even that is preceded by a dangerous journey to the extraction point). It’s so uniquely terrible that we’ve seen trained survivalists tap out on day one. Someone was even forced to tap out due to symptoms of extreme depression. Basically, if the bugs, predators, extreme weather, and unyielding hunger don’t get you, something else will — but what exactly is the worst part?

Nicki Swift spoke to Season 14 contestant Dani Beau, who dished on the worst part of “Naked and Afraid” — and no, it isn’t hunger. No, it’s not the awkward cuddling for warmth either.

How do you sleep when the floor is 'alive' with bugs? 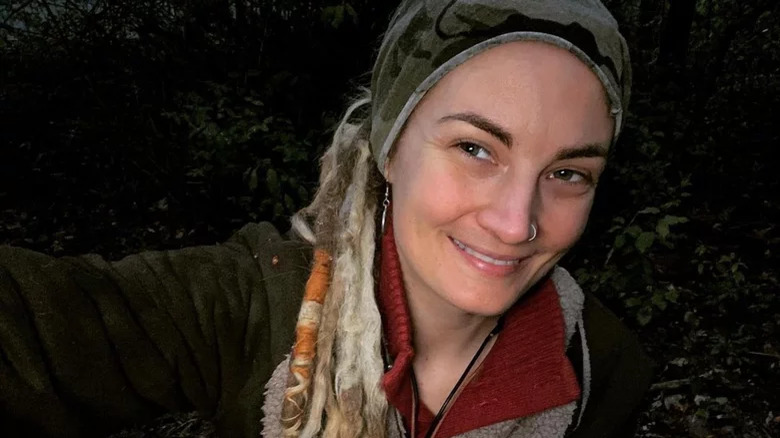 To the casual viewer, “Naked And Afraid” looks so unbearably awful that fans have long debated the show’s legitimacy. Who would sign up for that sort of inevitable punishment? As it turns out, it’s all a matter of skill and perspective.

By Season 14, veteran contestant Dani Beau has seen the worst of it. The vegan, who taught herself to hunt for the series, has dealt with it all over the course of her three seasons: the hunger (which she says “became an obsession”), the elements (she was stationed in a rainforest during monsoon season), and even illness (she developed a 104-degree fever during her 40-day challenge). With all that, she tells Nicki Swift that the worst part was still the bugs, “hands-down.” Apparently, producers don’t let you bring bug spray as your essential item, and when it rains, it pours.

“We have our nice little watertight shelter, but when it rains, especially in the Amazon rainforest, nothing else wants to get wet, so all of the ants of the jungle are coming into our shelter,” she tells Nicki Swift. “It just looks like the floor was alive, and we tried everything. We were burning them. We dug up the ground, put coals under it, buried it, covered it with ash, so that way we would think they weren’t going to crawl over the ash. We tried peeing on them. Nothing worked.”

It’s not just regular ants, either. In the rainforest, Beau encountered bullet ants, which she says can “immobilize you” if you’re bitten (and it really hurts). Though Beau is usually able to find medicinal vines (i.e. homemade bug spray) to repel insects or manages to smoke them out, the rain washes everything — except the bugs — away. You may be naked and afraid, but you’re certainly never alone.

You can catch Season 14 of “Naked and Afraid” on Discovery every Sunday at 8 p.m. EST.