Did Madame Tussauds troll Ariana Grande by using her old nose for her wax figure? 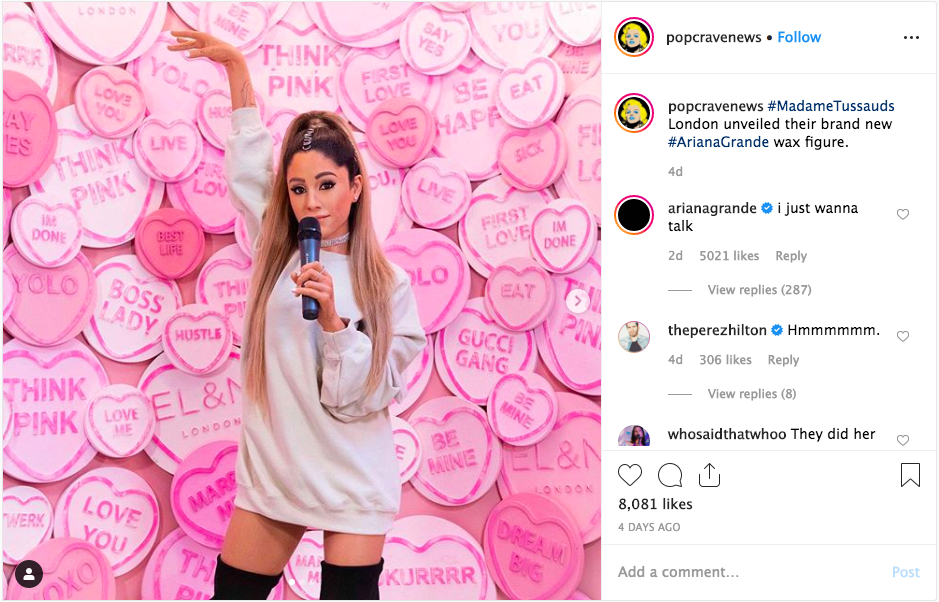 Madame Tussauds released their updated wax figure of Ariana Grande about a week ago. (It’s not new, more on that below.) We’re talking about it now because Ari commented on a photo of it on Instagram, “I just wanna talk.” You can see that above.

The wax figure looks more like a Jersey Shore contestant, like Sammi Sweetheart, than Ariana, but that may be by design. Over a month ago, Madame Tussauds asked people to vote on which Ariana they wanted to see, Classic, Princess or Sassy. Fans picked Classic, thinking they were picking the outfit, but perhaps they were picking her features too. She used to look more like this. Here’s Ariana in 2010. (This is an actual photo of her, this is not her wax figure.) She was so cute! 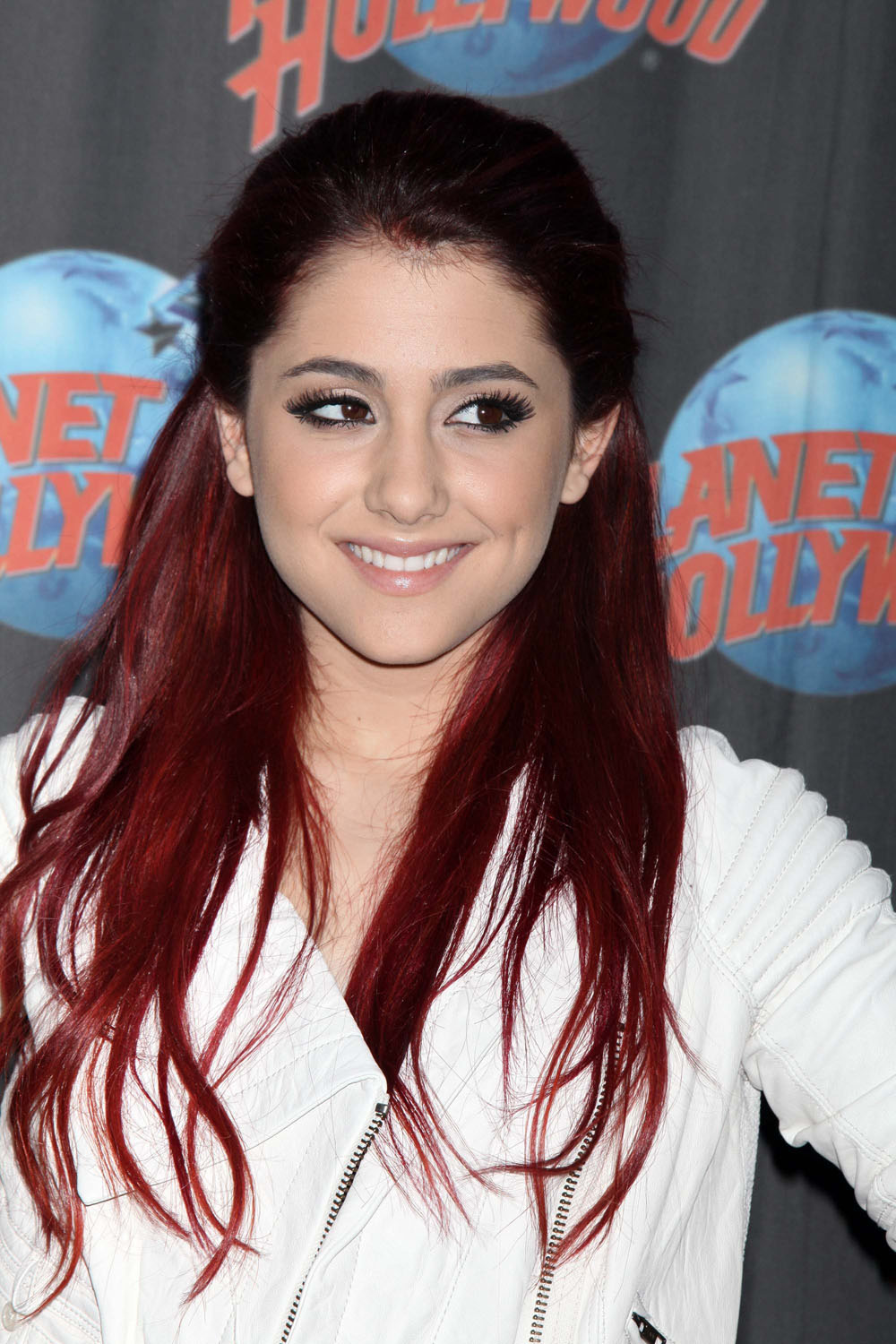 From my three minutes of research on how wax figures are made, it must depend on the artist and whether the celebrities sit for measurements or not. However they say they work to get the dimensions right and they make a clay model first. They know what the final wax figure it going to look like. Plus they made this back in January and it used to look more like Ariana. There are thousands of photos of Ariana Grande, they know this isn’t her current face and nose. Or maybe Madame Tussauds picked a popular celebrity with a big social media following and used older photos of her to make her nose look bigger. That would be one way to get controversy and publicity. Here’s the new wax figure again (below):

Here’s the original wax figure (below) of Ariana that Madame Tussauds Berlin did in January. So the one in the sweatshirt above with the bigger-looking nose is likely this older figure updated with her new hand tattoos, different makeup and hair. That’s suggested by the way Madame Tussauds phrased the tweet, “joining us for a limited time.” So they probably used this existing figure, which is in the exact same pose, and changed the makeup and nose slightly to get to the version above. That would explain the quick turnaround for the “Classic Ari” vote. The earlier version isn’t dead on, but it’s a lot closer. (It’s also possible that the team in Berlin is more talented than the team in London, which just screwed up the makeup. Contouring makes a big difference.) 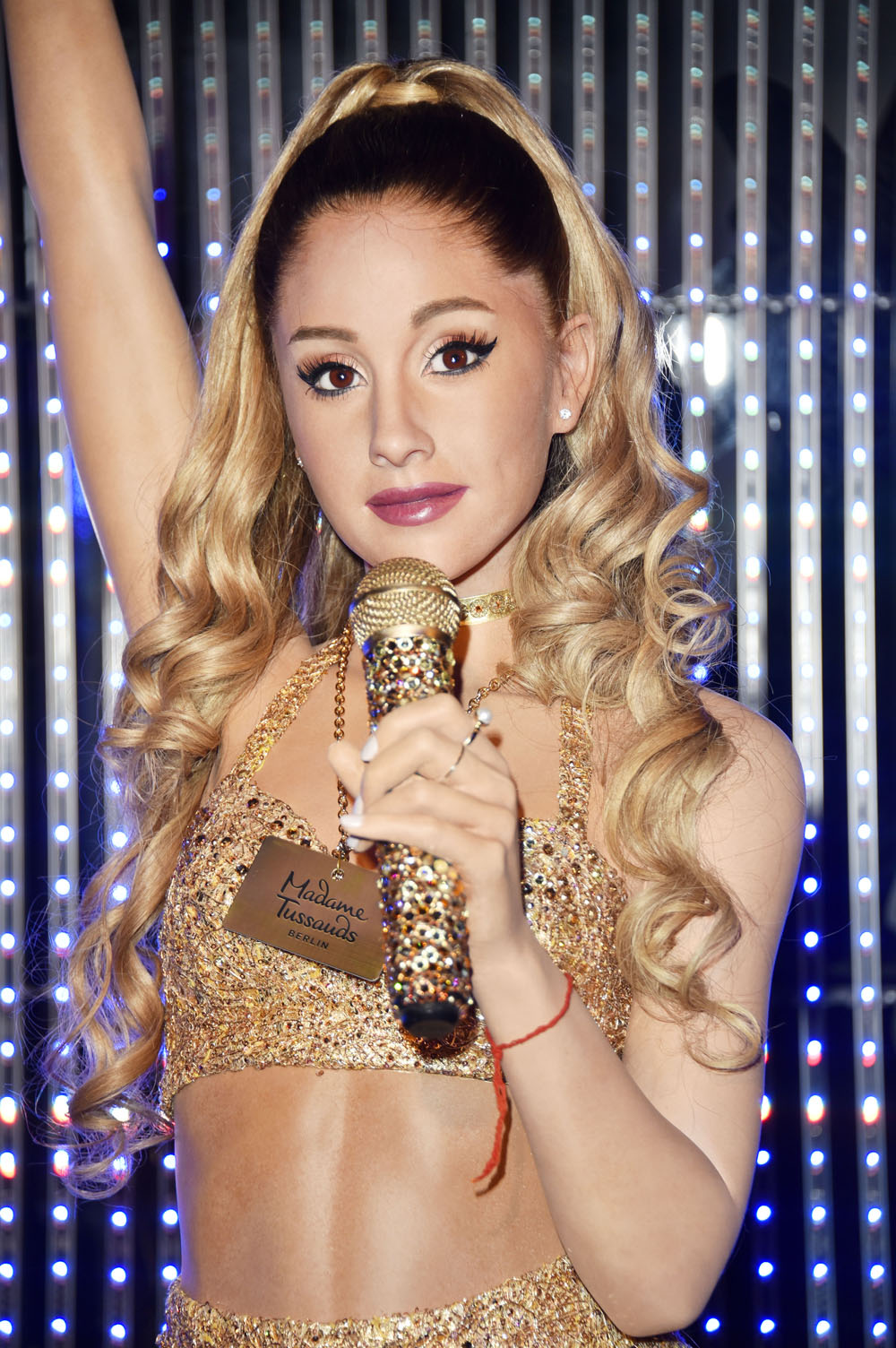 The kween herself is joining our line-up this summer (for a limited time only!) but we need your help choosing our favourite Ari-inspired style for her figure!

Now we have her style nailed, you can see @ArianaGrande at Madame Tussauds London for 5 weeks from Friday ??#MTLxAri #ArianaGrande pic.twitter.com/gnd58eCGhC