Halloween is coming BACK to Disney Parks and Cruise Line!

Disney is celebrating “Halfway to Halloween” with several announcements across it’s parks and cruise lines across the world.

After a few years off due to the pandemic, Halloween events and shows like “Oogie Boogie Bash” are returning to the Disneyland, Walt Disney World, Tokyo Disneyland, Disneyland Paris and Disney Cruise Line!

Get all the scoop inside… 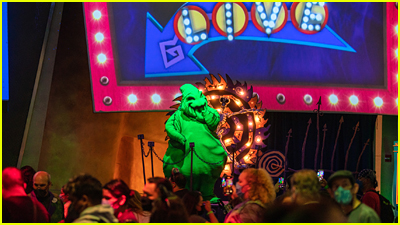 At the original Disneyland Resort in Anaheim, the “Oogie Boogie Bash – A Halloween Party” will mark it’s return this Halloween season. The event is of course separately ticketed with limited capacity, and is held after hours at Disney California Adventure park.

Disney also debuted Mickey and Minnie Mouse‘s new Halloween outfits for 2022, which you can see in the main image right here!

In addition, and on a separate note, Xochitl Gomez‘s Doctor Strange in the Multiverse of Madness character America Chavez is coming soon to Avengers Campus at DCA. 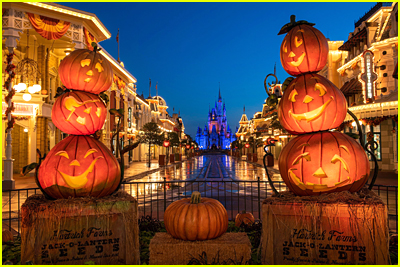 Also returning as part of the party is “Mickey’s Boo-To-You Halloween Parade,” guests will be able to go trick-or-treating, the Sanderson Sisters’ “Hocus Pocus Villain Spelltacular” stage show is back, and Jack Skellington will host “Disney’s Not-So-Spooky Spectacular.”

Get more info and ALL the details on the Disney Parks Blog! 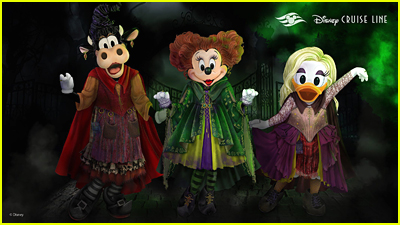 For the Disney Cruise Line, in September and October, the first of it’s kind character meet and greet inspired by Hocus Pocus and the Sanderson sisters is coming. Plus, there will be Halloween-themed cruises with “special entertainment and activities, including trick-or-treating, spooky parties, elaborate décor and limited-time food and beverage items.”

Not only that, these voyages will be debuting an all new character meet and greet with Disney characters in Halloween costumes and Minnie Mouse, Daisy Duck and Clarabelle Cow will be dressed up as the Sanderson Sisters in a never-before-seen look!

While each ship will feature the signature magical Pumpkin Tree, Disney’s newest ship, the Disney Wish, will introduce a new, unique centerpiece tree in the Grand Hall, which will feature “lighter bark, graceful branches and a mystical face, legend has it that this enchanted tree (named Boo) grew beautiful gourds with the help of a wishing star.”

Get all the Disney Cruise Line info at Disney Parks Blog, of course!

As always, find out more info on what’s coming to Tokyo Disneyland and Disneyland Paris, as well as Shanghai Disney Resort over on the Disney Parks Blog!

ICYMI: Find out what’s happening to a classic ride at Walt Disney World in Florida.

END_OF_DOCUMENT_TOKEN_TO_BE_REPLACED

We use your sign-up to provide content in ways you’ve consented to and to improve our understanding of you. This may include adverts from us and 3rd parties based on our understanding. You can unsubscribe at any time. More info The Russian aircraft were spotted off the coast of Finnmark