Ella Henderson, 26, has been slammed on social media on Twitter for performing at a Tory conference held in Birmingham just weeks after performing at several Pride events. The singer’s music team has since defended Ella’s decision to perform at the event despite some critics claiming the party “does not sympathise with the LGBTQ+ community”.

These events do not indicate political affiliation.

Ella performed at a fringe event at the Conservative Birmingham conference, put on by TikTok and UK Music on Tuesday.

A video has since surfaced online of Ella performing her hit single Ghost at the event.

Twitter users rushed to the micro-blogging site to slam the singer who performed at Pride events just weeks ago.

Divinadecamp said: “So Pride aren’t gonna be booking Ella Henderson again are they? 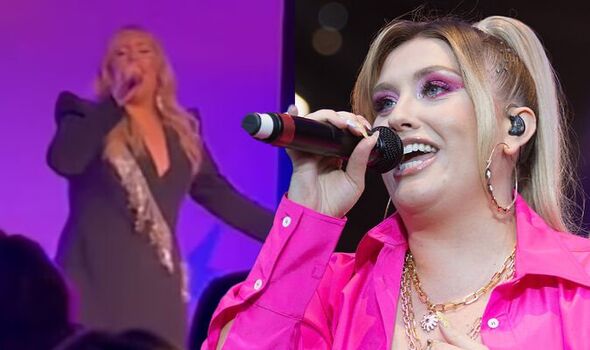 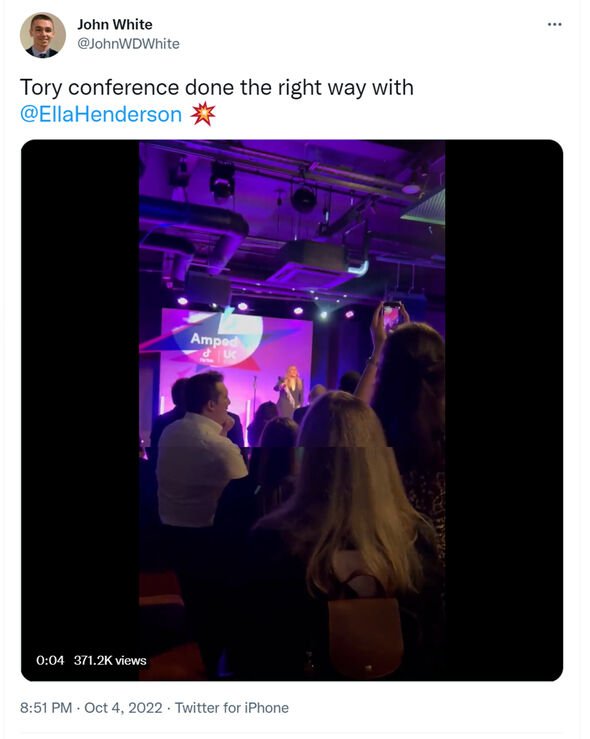 “Performing for Tory conference when they have rolled back on every promise and actively ignored people on the GRA reforms consultation is a load of s**te mate.” (sic)

Djcraiglaw added: “Disappointed with Ella Henderson. On the one hand, she may not have much of a say what of what goes in her diary, but she did have a choice to walk on that stage and entertain an audience that has been actively hostile to our LGBTQ+ community.”

Jackremmington quipped: “Ella Henderson performing on the B Stage at 57,000 Prides a year and pretending to be an ally.”

A spokesperson for UK Music, who organised Ella’s appearance at the Tory event has since lept to the singer’s defence. 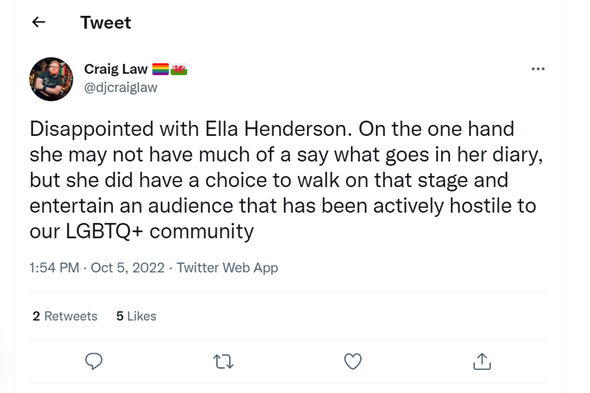 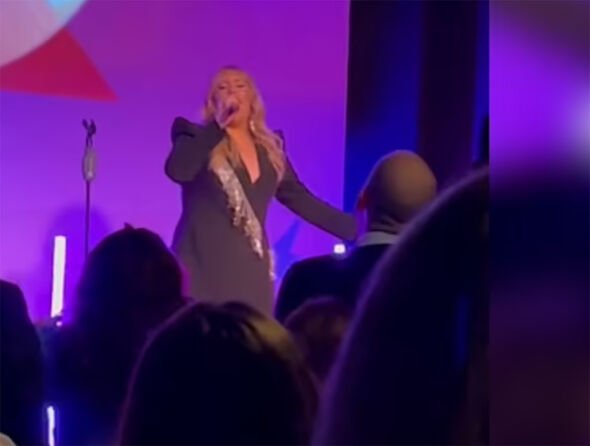 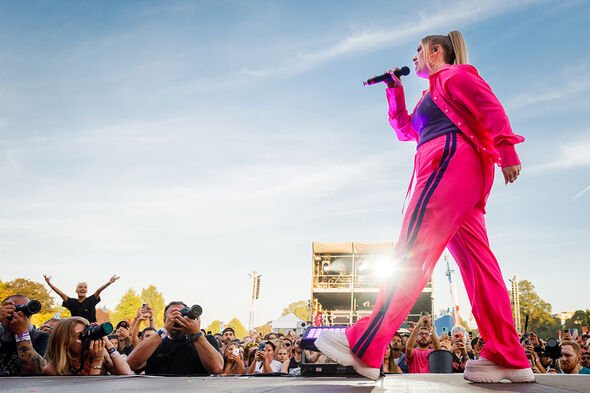 “These events do not indicate political affiliation and are held to highlight the importance of the UK’s music sector and the success of our talent on a global stage.

“It’s vital that those in government and opposition appreciate the importance of the UK music industry both economically and culturally and that’s why UK Music – which is the representative body for the sector – exists and works on the industry’s behalf.”

However, not all hit out at the star, as many took to Twitter to defend Ella’s performance.

JasnEastwd wrote: “Not everyone has the privilege of being able to put political views and morals above their need to put food on the table and pay their mortgage.

“Sure she might be a secret Tory, but she also might not be, so just leave her alone jfc.” (sic)

Dan87810016 added: “Some of you need to cut Ella Henderson some slack for performing at the Tory conference. You don’t know what her management is like, what her finances are like.”

Ella rose to fame in 2012 when she finished sixth place on X Factor and signed to Syco.

She topped the charts with her 2014 single Ghost and debut album Chapter One, but later had an eight year hiatus before releasing new music.

Ella is now signed to Atlantic and is mentored by London dance act Rudimental.

This year she released her new album, Everything I Didn’t Say.