Emily Ratajkowski chose to dress like Demi Moore for Halloween.

Ratajkowski, who announced her pregnancy five days before the costume-centered holiday, wore a black bra with matching underwear, heels and a choppy pixie cut wig. She also sported a white button-down shirt that hung from her arms while she held her stomach and side as she stared into the camera.

At the bottom of Ratajkowski’s photos, a stylized red font says “Demi’s Body,” which looks nearly identical to the one used in Moore’s almost three-decade-old cover shoot.

Just like Ratajkowski, Moore was 29 at the time and was prepping for the birth of her second child, Scout.

Ratajkowski is currently pregnant with her first child, whom she shares with her producer and actor husband Sebastian Bear-McClard. 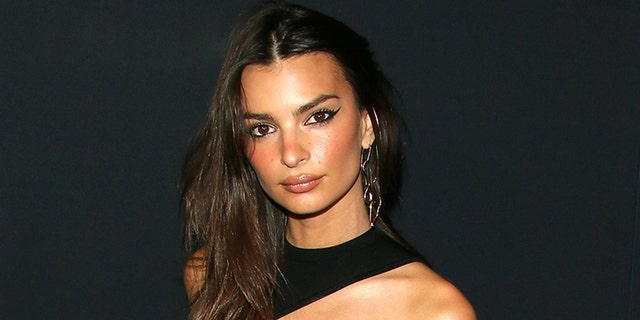 The couple announced their pregnancy earlier this week with an article in Vogue.

EMILY RATAJKOWSKI SLAMS THOSE PARTICIPATING IN #BLACKOUTTUESDAY WHO WERE SILENT FOR YEARS: 'IT'S EMBARRASSING'

Ratajkowski penned an op-ed for the outlet where she explained that she won’t reveal her child’s sex because she wants to respect their gender expression.

"When my husband and I tell friends that I'm pregnant, their first question after 'Congratulations' is almost always 'Do you know what you want?' We like to respond that we won't know the gender until our child is 18 and that they'll let us know then," she wrote.

"Everyone laughs at this. There is a truth to our line, though, one that hints at possibilities that are much more complex than whatever genitalia our child might be born with: the truth that we ultimately have no idea who — rather than what — is growing inside my belly," Ratajkowski continued. "Who will this person be? What kind of person will we become parents to? How will they change our lives and who we are? This is a wondrous and terrifying concept, one that renders us both helpless and humbled."

END_OF_DOCUMENT_TOKEN_TO_BE_REPLACED

END_OF_DOCUMENT_TOKEN_TO_BE_REPLACED
Recent Posts
We and our partners use cookies on this site to improve our service, perform analytics, personalize advertising, measure advertising performance, and remember website preferences.Ok