The Television Academy should be proud in many ways of their nominations for the 73rd Annual Emmy Awards, a diverse list to be sure that includes 37 different programs receiving five or more nominations including such great newcomers as Hacks and Ted Lasso,  an impressive 45 first time performer nominees, including Mj Rodriguez, up for Lead Actress in a Drama Series for Pose, making her the first transgender performer ever in a lead acting category. Diverse casts in shows such as I May Destroy You, Bridgerton, The Boys, the cancelled Lovecraft Country, Pose, This Is Us, black-ish, The Underground Railroad, and more show the TV Academy is ever increasingly recognizing changes in the industry (however slow it can seem), and the world around us. I will get to Hamilton’s 12 nominations imminently.

But as usual the Emmy nominations can’t help but be a mixed bag combining some exciting new programming that voters (I am a longtime member of the Television Academy and one of them) recognized, along with the same old-same old (The Amazing Race again???)  that members seem to check off in their sleep while filling out ballots. 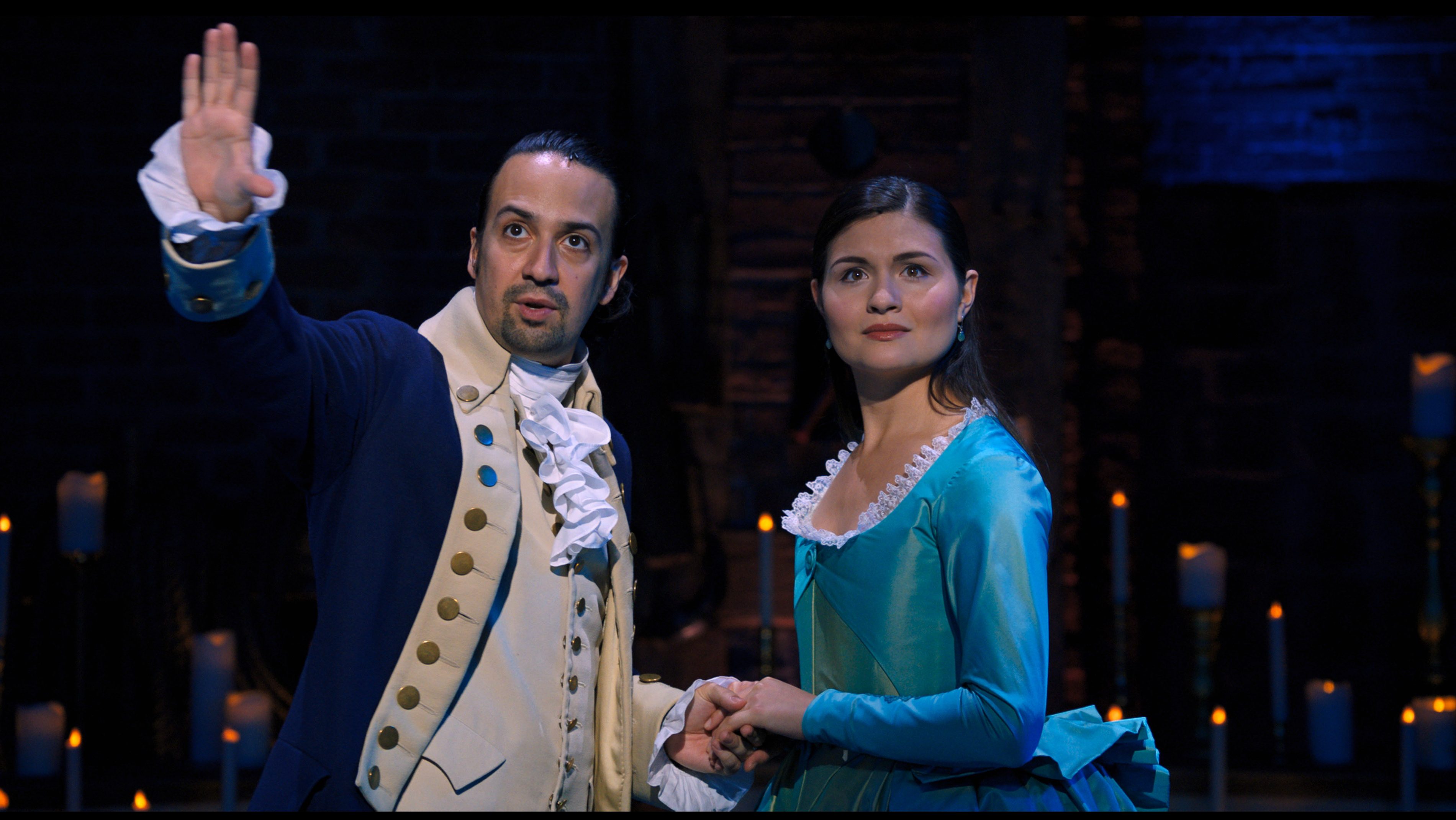 BUT… seven acting nominations, and 12 overall, for the aforementioned Hamilton? Let’s face it,  Hamilton was simply recorded – however artfully by director Thomas Kail – as a permanent record of the original cast five, count ’em, five years ago, and in fact was not even designed as a “television” event, but rather was initially picked up by Disney for a pricetag of $75 million and a planned full blown theatrical release. Certainly that landmark cast was an early triumph for colorblind casting, but still it is really the purview of the Emmys? That original release plan and intention was only derailed by the pandemic and clearly as a motivation on the part of Disney to rack up subscribers for their new streaming service, Disney+.  With confusion reigning over just what this should be categorized as in previous awards shows like the Golden Globes where it competed for Best Motion Picture Comedy or Musical, or at SAG or Critics Choice where it was considered in TV categories, the Television Academy should have been more forceful in where it was placed (or just stick it in Special Merit categories), especially since the Academy has recently become radicalized in the documentary categories where even if you even entertained the idea of qualifying for Oscars would mean you will not be eligible for Emmys  going forward, a long overdue move in protecting true television creators. The fact that most of these actors, if not all of them, were either Tony winners or nominees all those years ago for the very same performances would seem to be unfair to the likes of non-nominated actors like Jeff Daniels, Brendan Gleeson, Bryan Cranston, Donald Sutherland, and oh my ‘good lord bird’ Ethan Hawke who probably would have won for Lead Actor in a Limited Series or Movie but alas was not even nominated, while Hamilton’s Lin Manuel Miranda and Tony Winner Leslie Odom Jr both were. It just doesn’t seem right somehow. What’s to keep every big show on Broadway from doing the same thing going forward, not adapting their shows for tv, but simply shooting it while everyone is still in costume? 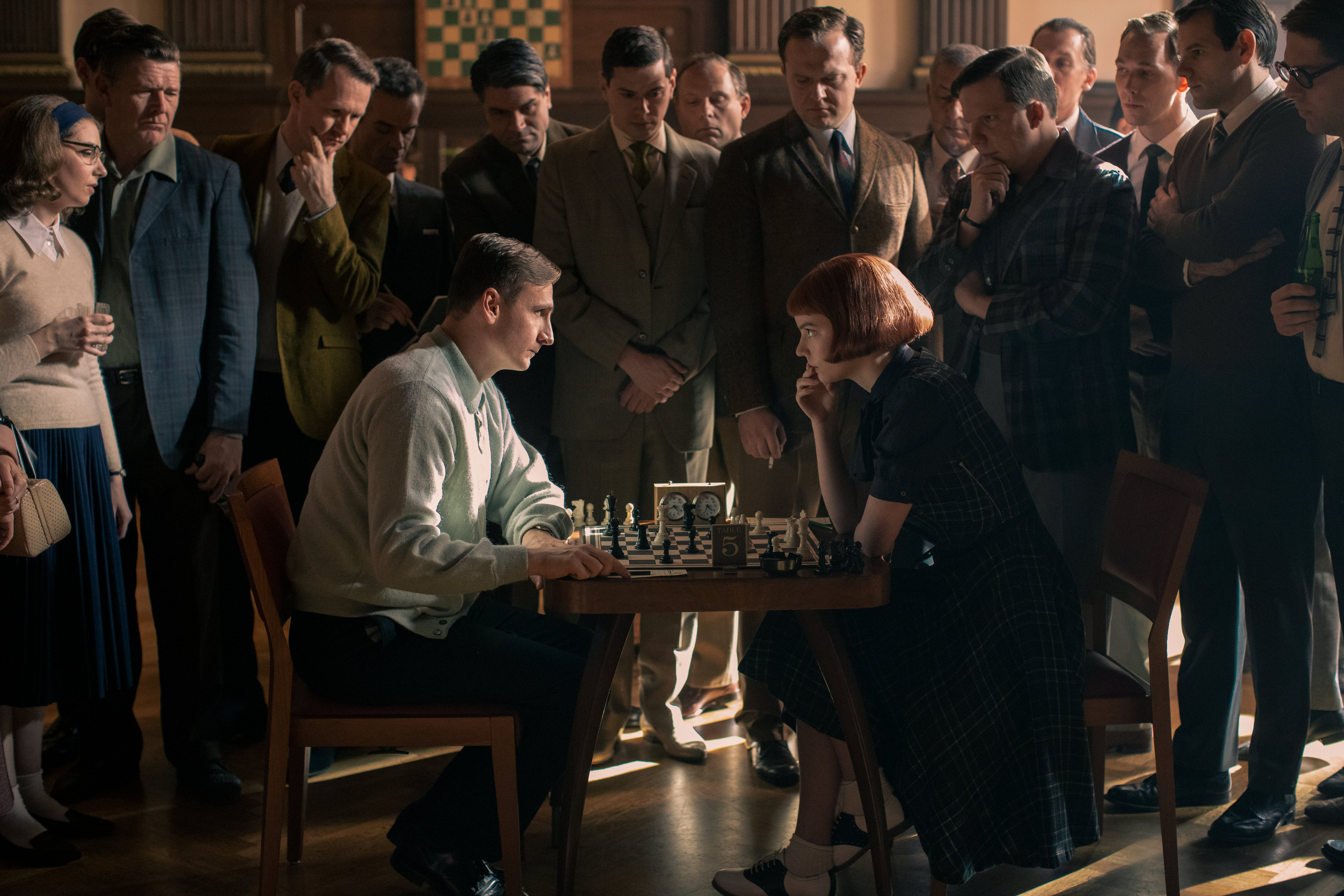 With all congratulations to the eight nominees in Comedy and Drama Series (a set number now in expanding eligibility in those marquee categories), even if you would be hard pressed to actually come up with eight in either category, this season at least, the real competition and deserving programs are increasingly in the Limited Series category which the Television Academy stubbornly caps with only five nominees. This year especially that meant there would be plenty of “snubs” and it seems a shame.  Although The Queens Gambit, The Underground Railroad, I May Destroy You, Mare Of Easttown, and Marvel’s WandaVision deservedly made the cut (the latter likely because in addition to be a more populist Marvel entry it was also a canny tribute to the glories of TV’s earlier days – a plus for the large swath of older voters)  the list of those left out would have likely comprised the whole category in any other year, and then some. 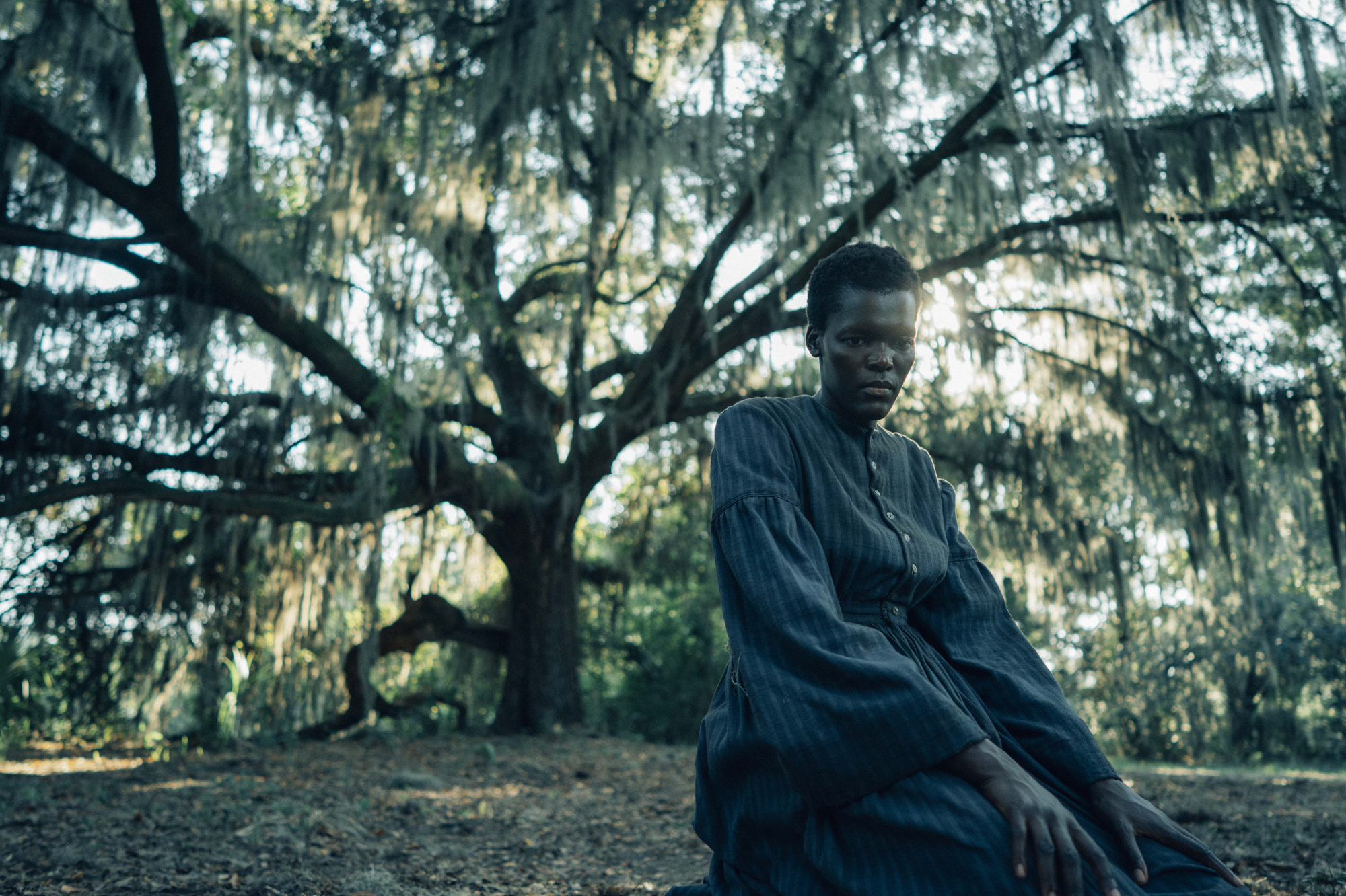 Such acclaimed and popular shows as The Undoing, Fargo, Your Honor, It’s A Sin, The Comey Rule, The Good Lord Bird, A Teacher, Halston, Genius: Aretha, and more fell by the wayside. But perhaps the biggest snub of all, Steve McQueen’s towering anthology of five different but connected films called Small Axe was a big miss for Amazon despite furious campaigning on its behalf.  The LA Film Critics even named the collective Small Axe Best Picture of the year but McQueen and Amazon always considered it a TV creature and campaigned big time for Emmys. In the end it wound up with an embarrassing single nomination (Cinematography), and that may be because the TV Academy has always had trouble wrapping its head around anthologies, and in this case five distinct movies under an umbrella title.  Perhaps they  should have been entered separately in the more sparse, once impressive, Television Movie category where voters rewarded Dolly Parton’s Christmas On The Square as one of five nominees (including two – Sylvie’s Love and Uncle Frank – that were pickups by Amazon from the Sundance Film Festival but campaigned for Emmys rather than Oscars). Certainly Small Axe films like Mangrove, Red White And Blue, and Lovers Rock could have filled out the category once upon a time before the TV Academy changed the rules again for anthologies like Black Mirror which initially had success as separate TV Movie entries. To basically snub such a monumental achievement as Small Axe is sad. As a former member of the Television Academy Board Of Governors I would suggest that there is work still to be done in refining the Limited Series, TV Movie, and Anthology requirements, not only in their marquee categories but also in terms of who should be eligible among performers, a gray area made even grayer by Hamilton’s domination.  Wanna bet a lot of voters didn’t even see the Disney+ version of Hamilton, but simply checked it off based on their memory of seeing this cast originally on Broadway?

The Emmys are always a daunting administrative task and inevitably cannot possibly please everyone. Campaigning seemed like it was at a fever pitch this year, bigger than ever especially among the streamers who are out for Emmy credibility in building their brands, and their fight against Netflix. The combining and bundling of numbers , what the TV Academy lists as “per platform” in their official nomination counts is also eye opening. Netflix stands alone at a terrific 129 nominations, but HBO and HBO Max decided to combine and squeaked out a straight streamer victory with one more nomination at 130. However Disney’s monolithic approach adding to a leading 146 nominations is only possible because they include ABC, FX, Hulu, NatGeo, Freeform, and Disney+ all as one. ViacomCBS  has a whopping seven platforms under its umbrella total of 54 nominations, a rather paltry total for Emmy host network this year, CBS which, like the other four broadcast networks, pretty much can’t even remember the days when they were the only game in town. With all the corporate shenanigans and  buying and selling (look for Discovery’s 5 noms to be under Warner Media’s 138  next year) a day not too far off in the future will have just one corporate entity responsible for all Emmy nominations. Don’t laugh. 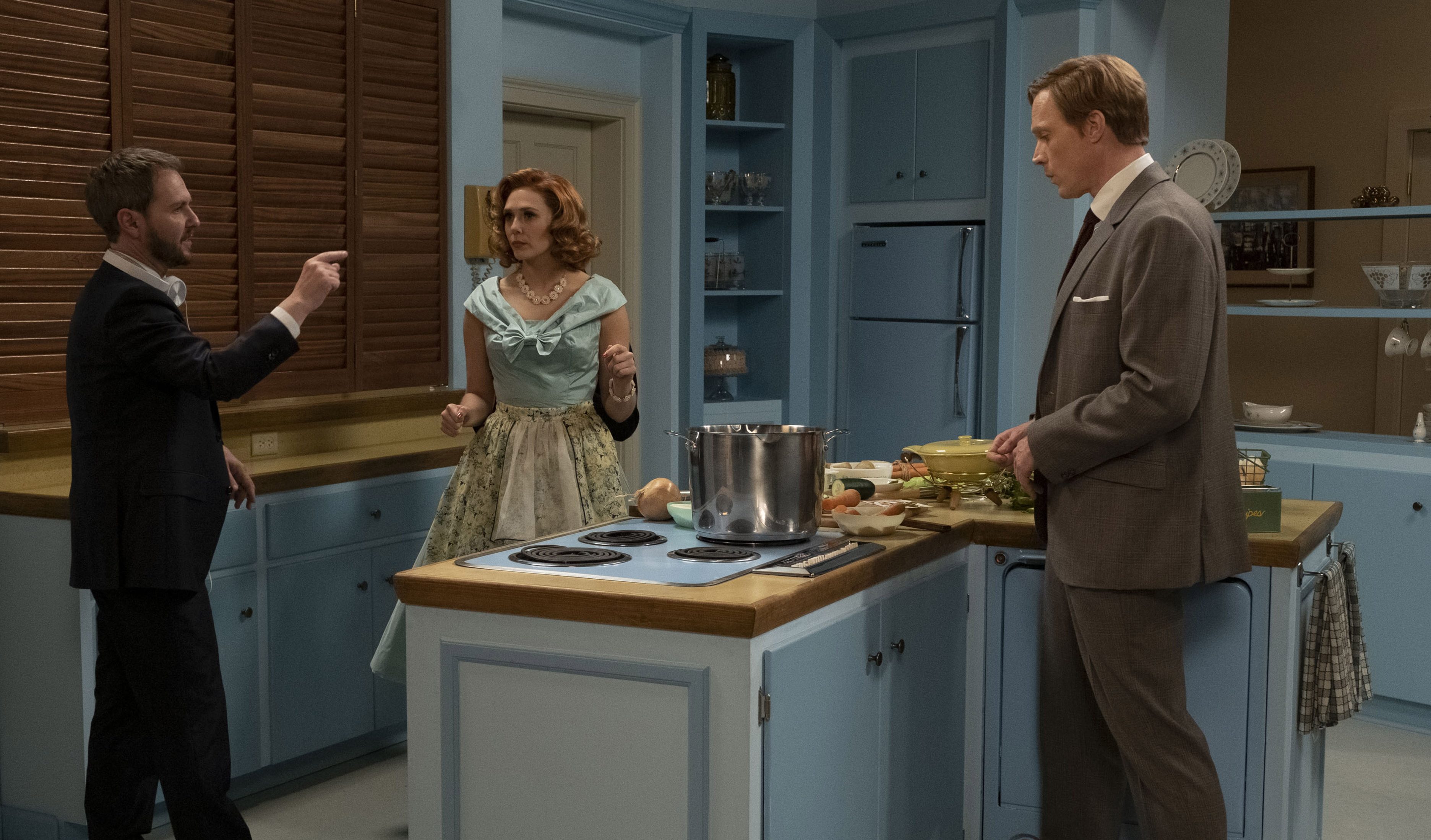 Let me finally give a shout out to the TV Academy for at least finally putting a nail in the coffin of its previous snobbery where “popular” entertainments were pretty much relegated to crafts categories.  Among the significant nominees in the three marquee categories of Comedy, Drama, and Limited Series this year are The Mandalorian tying The Crown with a leading 24 nominations, Shonda Rhimes’ Bridgerton,  Cobra Kai, Emily In Paris (yes I voted for it), and  WandaVision among others. Between the latter WandaVision and The Falcon And The Snowman, Marvel alone got 28 nominations.  Perhaps these shows can help bring back the audience to the Emmy broadcast itself which is coming off its lowest rated Emmys ever.  Those ratings were partially due to the pandemic so let’s hope gathering in person again boosts the interest in the show. However I have to admit last September’s Jimmy Kimmel-hosted Emmys was a huge success creatively, fun and clever and enormously challenging to bring off which the Academy should still be very proud to have pulled off. If Emmys were eligible for Emmys themselves – they aren’t – that would have been one I would have voted for. Instead among the nominees in that Variety Live Special category are the dreadful 2021 Oscars, a show that should have taken a few cues from the Emmys, but didn’t.