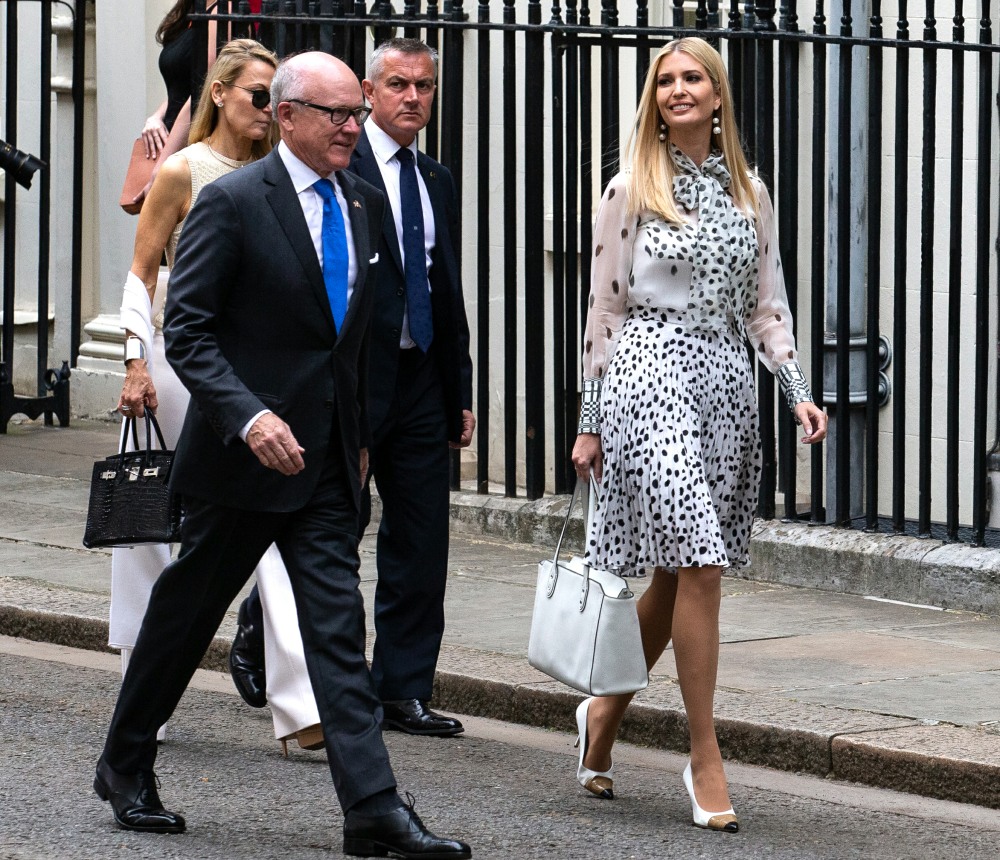 Something I think about all the time: early in the Trump administration, some newspaper or weekly did an article about how foreign diplomats think Ivanka Trump and Jared Kushner are raging morons, and one unnamed Saudi diplomat basically said (and I’m paraphrasing) that they should be compared to the idiots of the Saudi royal family, given fake jobs to flatter them and make them look important, but never given any real power. It’s true though? That’s what they are. The Trumps operate on cronyism, blind loyalty to the Don and mafia-like family connections. So, unsurprisingly, Ivanka and Jared have been “included” in everything about the Trumps’ state visit to the UK. Ivanka was at 10 Downing Street today with her father and step-mother. She attended the state banquet, and the lunch at the palace.

I didn’t want to write about Ivanka’s fashion choices, but it’s clear from the comments that you guys want to discuss, so here you go. My form is protest is that I’m not going to look up the IDs on any of Ivanka’s sh-t. F–k her and her fug clothes. Her outfit today for the 10 Downing visit was so inappropriate – a sheer blouse with animal print? Gross. She thought she looked amazing though. She did not. 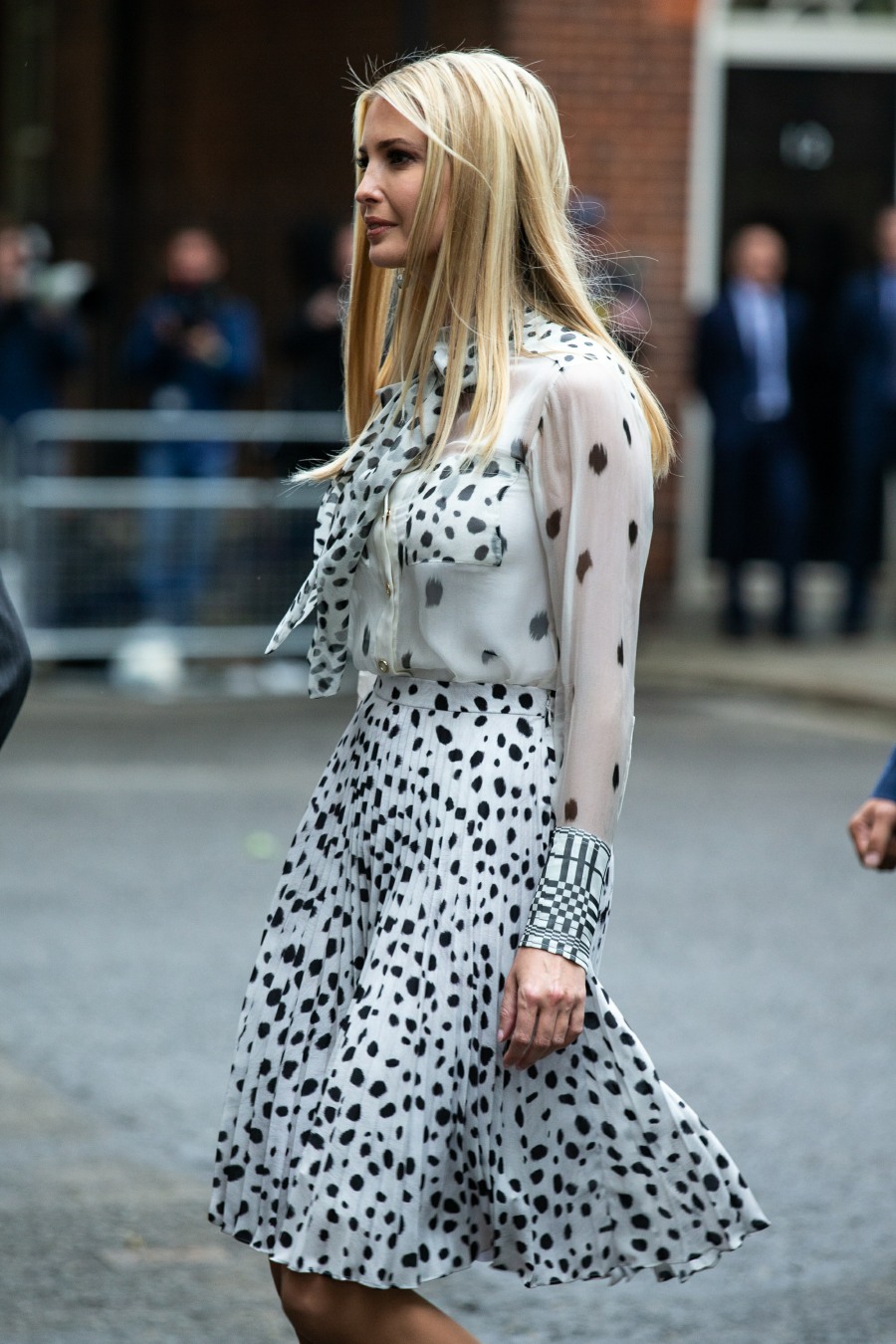 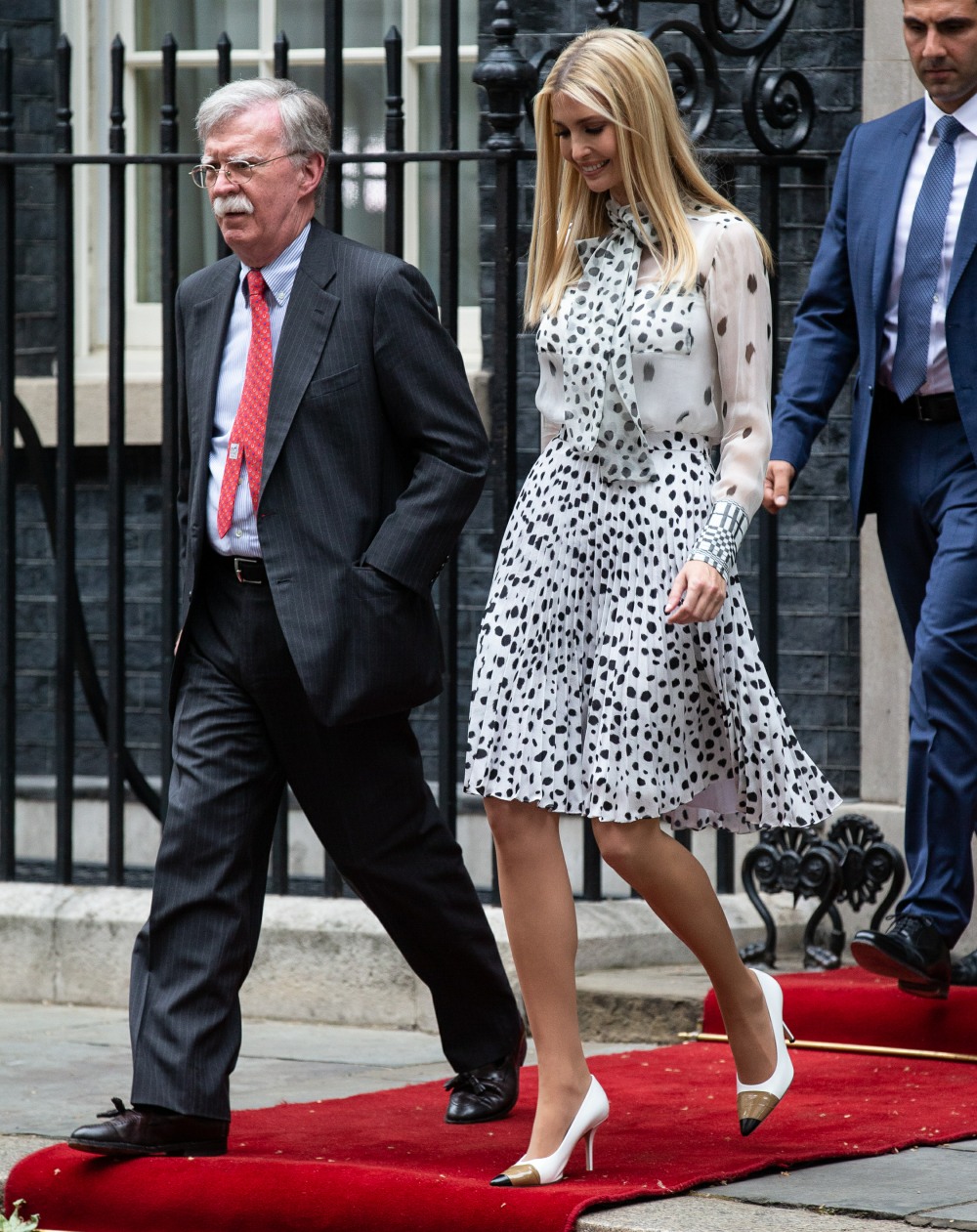 This is what she wore for the day activities yesterday. THAT HAT. Gross. The whole ensemble is a trainwreck, if we’re being honest. 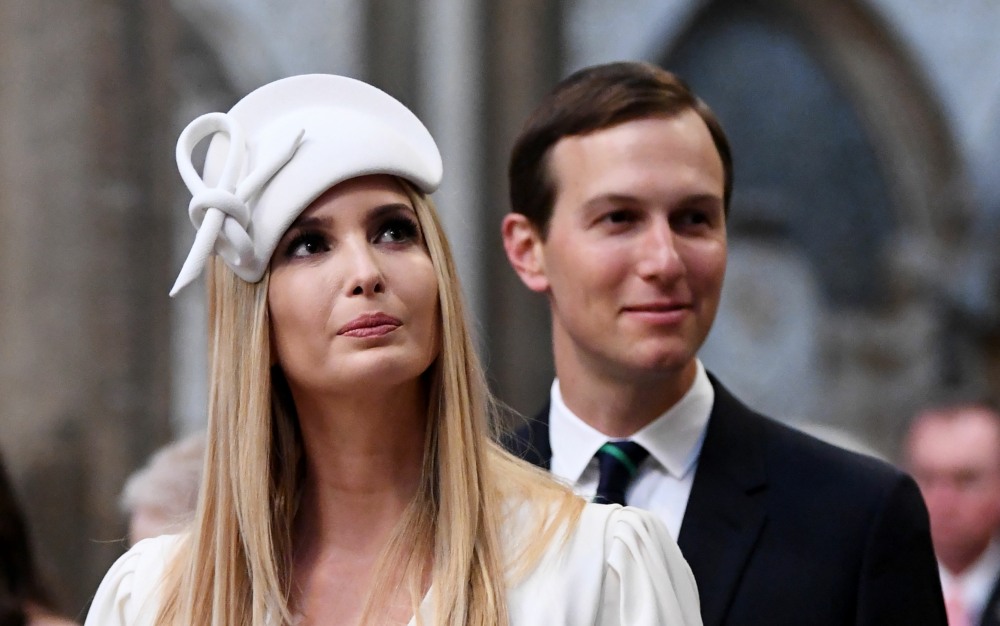 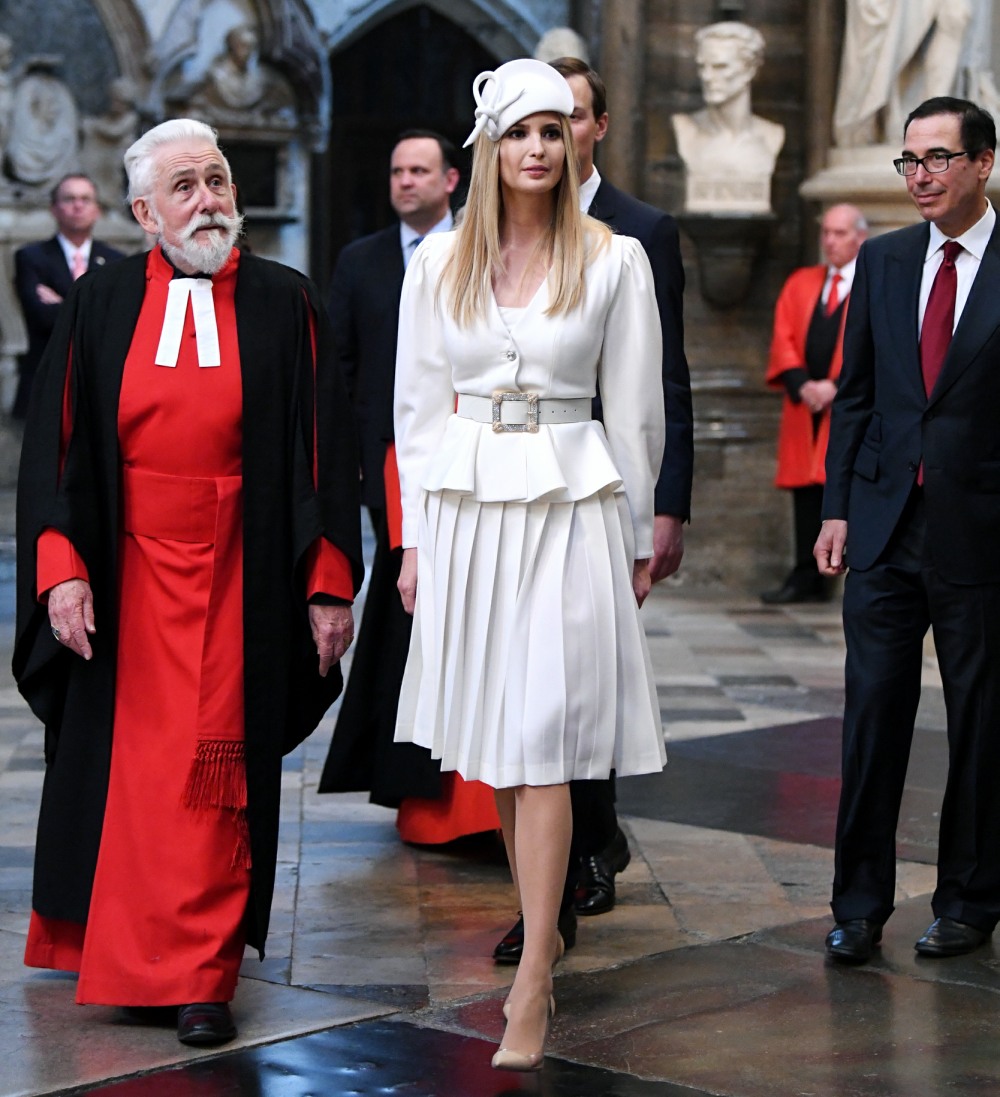 And finally, here’s Ivanka’s look for the state banquet, alongside Eric’s wife and Tiffany Trump. They looked horrible!

A spectacular State Banquet hosted by Her Majesty The Queen at Buckingham Palace ????

A spectacular State Banquet hosted by Her Majesty The Queen at Buckingham Palace ????