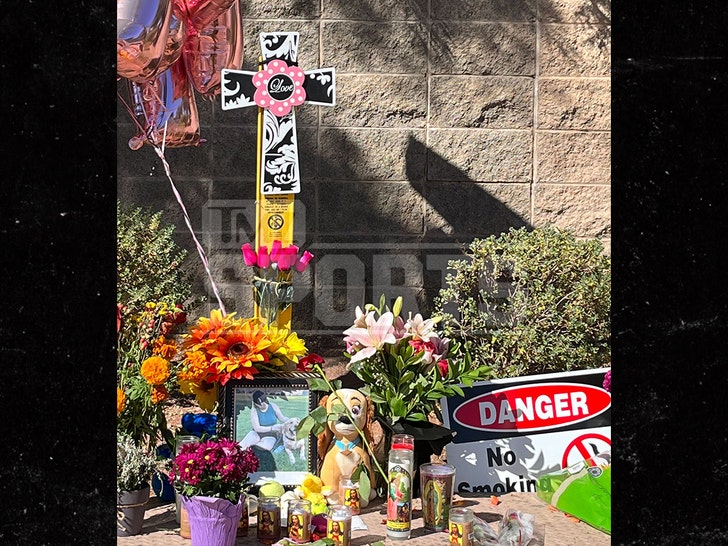 A memorial has been set up in Las Vegas for the victim in the Henry Ruggs accident … at the spot where the former Raiders player slammed into the back of a RAV4, killing 23-year-old Tina Tintor — and it’s an incredibly sad display.

TMZ Sports has photos of the memorial — complete with photographs, candles, and flowers — erected by family, friends, and other people deeply touched by the tragic story just feet away from where the horrific crash occurred. 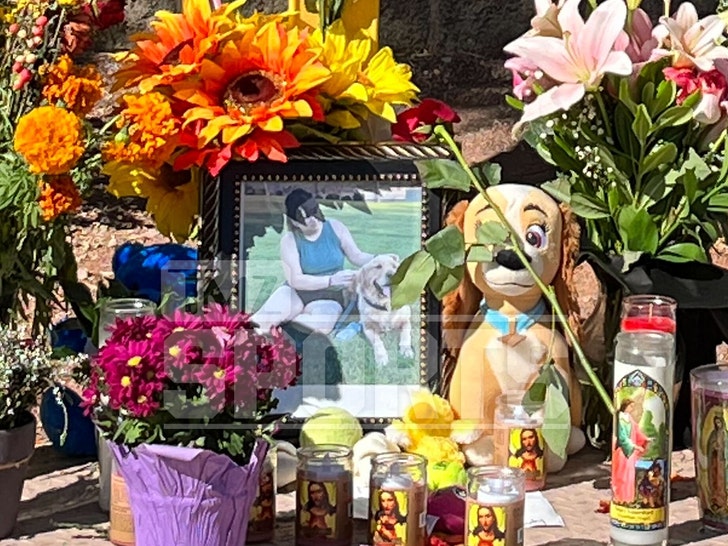 Maybe the most heartbreaking — a pic of the 23-year-old with her beloved golden retriever … who also died in the crash and subsequent fire. Both were trapped in the vehicle and unable to escape.

Police allege an intoxicated Ruggs was driving his Chevrolet Corvette at ridiculous speeds, hitting 156 MPH just 2.5 seconds before rear ending the Toyota at 127 MPH, sending both vehicles skidding over 500 feet. 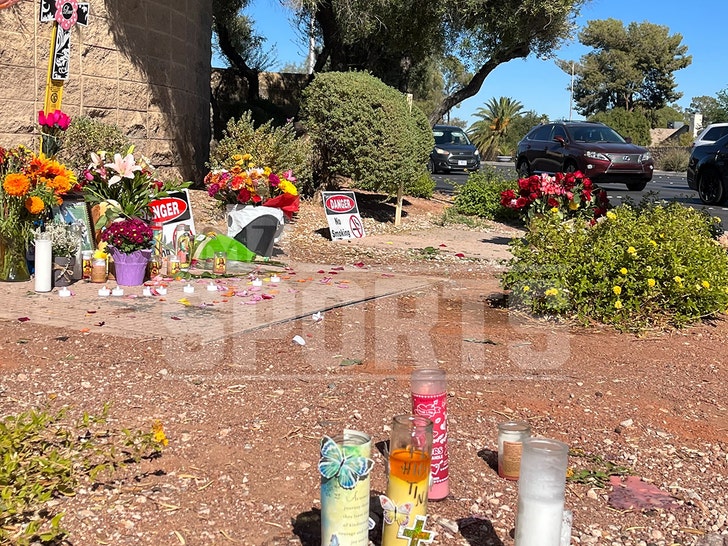 Officials say the 23-year-old and her dog were unable to escape … and burned inside the car before help could save them.

22-year-old Ruggs, who’s BAC was .161 at the hospital, has been charged with multiple felonies — DUI resulting in death or serious injury and reckless driving — and is facing 46 years in prison, according to the District Attorney.

On Thursday, we posted emotional video from the scene … showing Henry embracing his GF as they sat on the pavement, yelling and crying, just feet away from the burning car.

Ruggs — who was released by the Raiders less than 24 hours after the accident — posted $150K bond and is out of custody.

He is due back in court in Vegas next week.