Honey Boo Boo briefly shared the first photo of her beau, Dralin Carswell, to her Instagram page, only to delete the post not long after.

Alana “Honey Boo Boo” Thompson finally gave the world a (brief) glimpse at the man who is making her so happy! The 16-year-old reality star first revealed that she had a boyfriend back in January, and she shared the first photo of her 20-year-old beau, Dralin Carswell, to her Instagram page on Monday, September 27. However, Alana deleted the cute pic of the couple not too long afterwards, for whatever reason.

In the “Instagram official” snap, Alana and Dralin smiled and held hands while posing on a tractor at a pumpkin patch. The pair looked so happy together, and they even matched in gray shirts that had a graphic of a zombie wrapped up in toilet paper, with the words “That’s How I Roll.” Alana captioned the cute shot, which she’s since deleted, “spooky season,” with four pumpkin emojis.

Alana had revealed she was off the market during an Instagram Q&A on Jan. 13. One fan asked the teenager “you gotta [boyfriend]?” to which she replied, “yesssss.” Someone else also asked Alana “how is life?” and she wrote back, “honestly couldn’t be better.” At the time, Alana hadn’t yet documented her relationship with Dralin on social media.

The daughter of “Mama” June Shannon referenced Dralin, though not by name, for her feature in Teen Vogue, which was published on Aug. 25. In her interview with the outlet, Alana said that she considers her boyfriend to be her closest friend, and that she does “not have many friends at all” due to having trust issues from being in the spotlight. “I feel like folks are so much like, ‘Oh, my God, I’m friends with Honey Boo Boo,’ ” she explained. “I don’t trust nobody really, so I don’t have friends.” 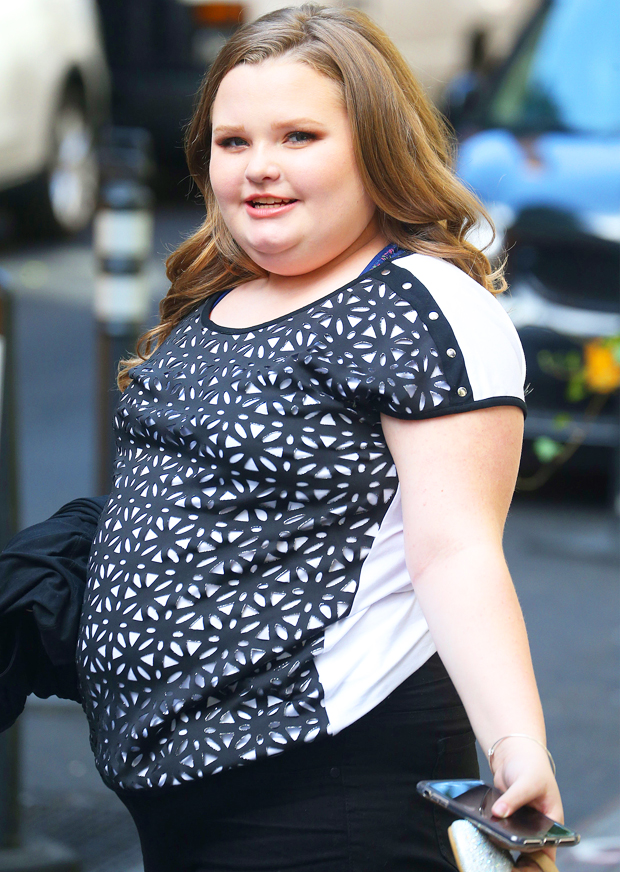 Also in her Teen Vogue feature, the former Toddlers & Tiaras star said that she and her mom have worked hard to get “back on track” in their relationship, after June was arrested in March 2019 for possession of a controlled substance and drug paraphernalia. “When my mama got real bad with her [drug use], I didn’t know where I was going to end up,” Alana Boo said. “I’m proud of myself for how far I’ve come.”