Home » Celebrities » Is This Why Prince William And Kate Middleton Were Given Higher Roles Within The Royal Family?

Is This Why Prince William And Kate Middleton Were Given Higher Roles Within The Royal Family?

Prince William and Kate Middleton may be contemplating a move from their home in Anmer Hall, Norfolk, which is on Sandringham Estate. According to the Daily Mail, the Duke and Duchess of Cambridge are “seriously considering” relocating their family to Windsor. Since Queen Elizabeth lives there, it may be an indication of things to come for the royal family.

Presently, William, Kate, and their three children do a lot of traveling, as they split their time between Kensington Palace in London and Anmer Hall in the countryside. Prince George and Princess Charlotte attend school in the city, while the palace is also where William and Kate’s offices are located. They initially settled on Anmer Hall because they wanted to raise their children away from the scrutiny of the public.

An insider also said that initially, their residence made sense because “William was a helicopter pilot in East Anglia and it was useful for Christmases at Sandringham.” Now, the situation isn’t ideal. “It’s a little too far away for weekends, but Windsor is a perfect compromise. They are eyeing up options in the area,” the source added. Apparently, the couple was considering the home of King Edward VIII, who abdicated the throne to marry Wallis Simpson, as a possibility. However, palace aides revealed that they dismissed Fort Belvedere as an option. Of course, there’s another strategic reason William and Kate may move to Windsor. Here’s why. 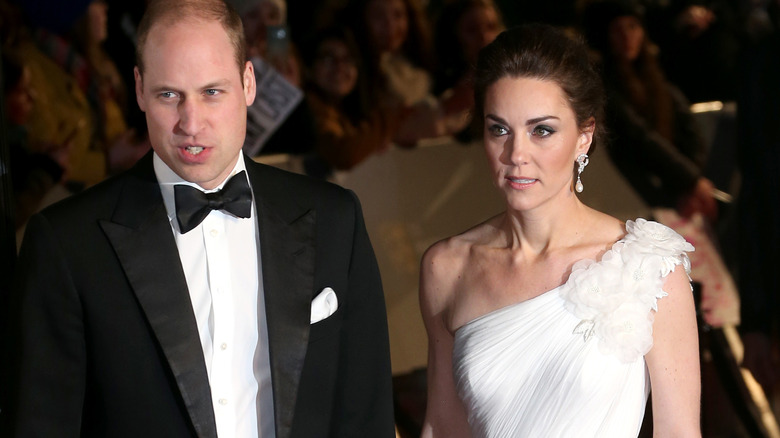 Prince William is second in line to the throne after his father, Prince Charles. Queen Elizabeth lost her husband this year and may be ready to slow the pace of her duties, allowing other royals to take over some of her responsibilities, as noted by the Daily Mail. Royal author Andrew Lownie alleges that the Cambridges may consequently take on a “higher role” in the Firm. He told Express, “We’re in a period of what can be called a soft regency, in effect the Queen is standing back, not doing many roles.”

Therefore, the Duke and Duchess of Cambridge may have realized that by moving to Windsor, they will be in a more practical position to accommodate the queen. “William and Kate, who seem to be very popular, are stepping into the position that Charles and Camilla had,” Lownie pointed out. He added, “Because they are, I would say almost more popular than Charles and Camilla, they’ve probably been given a higher role.”

Jamie Lowther-Pinkerton, former private secretary to William and Kate, told People that the Cambridges have modernized the monarchy because of their unique upbringings. “[William] has the experience of knowing where the institution sits and seeing it evolve,” he said. “The Duchess brings this pragmatic awareness of what it’s like to be from a decent, down-to-earth family. … You couldn’t have got a better pair, frankly,” he added. It seems as if the Firm may be getting ready for some big, but positive changes. We cannot wait for the next chapter!