For the most part, Jennifer Lawrence has kept mum on her relationship with art collector Cooke Maroney. Sure, she’s been photographed with him by the paparazzi a number of times since news of their romance broke in June 2018, and close sources confirmed their engagement this February, but the Oscar-winning actress has kept her lips sealed when it comes to details about her love life as of late. Last night, however, she indulged us with a sliver of details.

While speaking to Entertainment Tonight at the premiere of Dark Phoenix, 28-year-old Lawerence briefly gushed over her fiancé. “Well, he’s just the best person I’ve ever met in my whole life,” she said. “It was a very, very easy decision.”

Page Six first reported that Lawrence and Maroney were engaged in early February after the actress was seen with a “massive ring” while out in New York. A source close to the couple confirmed the news to BAZAAR.com. Lawrence debuted her giant rock at Paris Fashion Week later that month. The ring, by NYC jeweler Alison Lou, features an emerald-cut diamond on a delicate band. 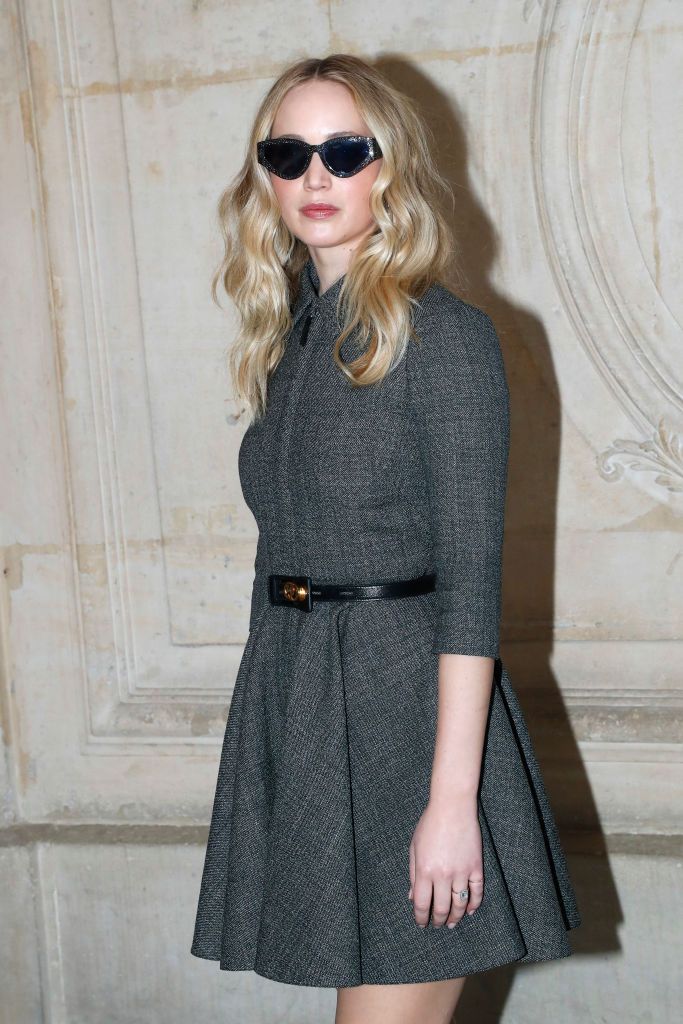 After ending a year-long relationship with director Darren Aronofsky in late 2017, Lawrence is settling down with a low-key guy outside of the Hollywood scene. New York-based Maroney is “definitely the coolest guy she’s dated,” a source previously told People. “[He’s] not affected by Hollywood.”