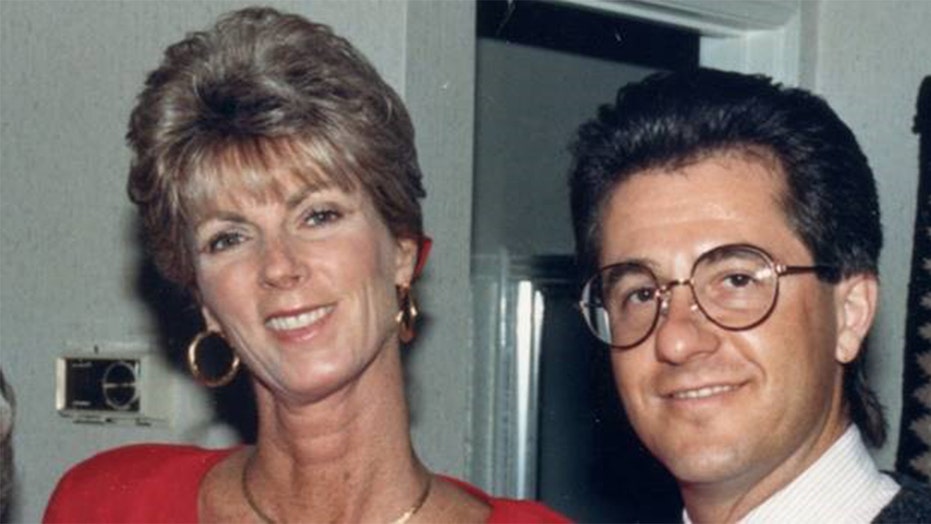 When Merry Seabold learned that her best friend of 20 years passed away, she instantly suspected the husband.

The tragic California case is being chronicled on Oxygen’s true-crime docuseries titled “Charmed to Death,” which follows the stories of criminals who use manipulation to lure unsuspecting victims into romantic relationships, resulting in horrific deaths.

By the time Linda Kinkade met Paul Curry in 1989 at the San Onofre nuclear plant they both worked at, she had already been involved in a series of long-term relationships. According to the documentary, the sunny blonde was looking for love. 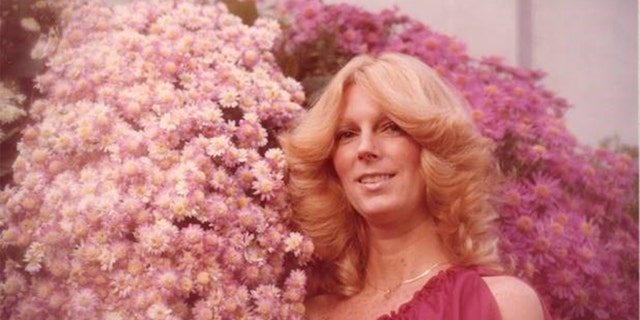 Linda Kinkade was ready for love when she encountered Paul Curry – a match that would lead to death.
(Oxygen Media)

“Linda was a delightful, cheerful, generous, fun and smart lady,” Seabold told Fox News. “When you were around her, you were just comfortable. She never made you feel less than anybody. She didn’t talk badly about people. She always saw the good in people. She was always reluctant to say bad things about people. And I think that’s exactly what trapped her into marrying Paul Curry. He overwhelmed her by being so loving and generous. He treated her like a princess. She only saw the good.”

Curry, a “Jeopardy!” champ, was considered a genius by those close to him. Curry even alleged that he was a member of Mensa, the largest and oldest high IQ society in the world.

“Intelligence always impressed Linda,” said Seabold. “But they couldn’t have been more different. She was a tall, lanky blondish brown hair gal who had a lot of friends and had worked a long time for one company. Paul was short… not very good-looking and didn’t really have a penny to his name, although he dressed well and spoke so eloquently. He had the ability to overwhelm you with his intelligence. She was really taken by that and overlooked everything else.” 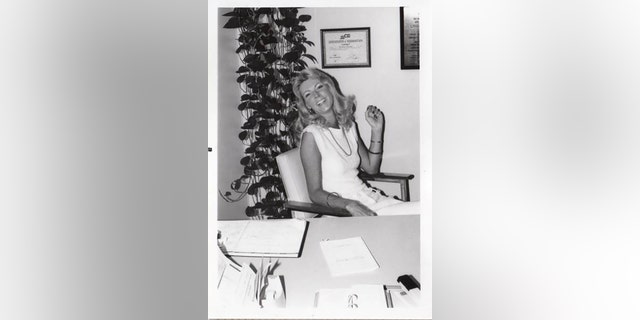 The tragic case of Linda Kinkade is being explored on Oxygen’s ‘Charmed to Death.’
(Oxygen Media)

“He was a smart guy, there’s no doubt about that,” Seabold shared. “God gave him a gift. And he used it the wrong way.”

The couple married in 1992 when he was 35 and she was 48, the OC Register reported. However, trouble was already brewing long before the pair said “I do.” According to the outlet, Curry had financial woes, including a 1988 bankruptcy.

The New York Daily News reported that later on in the trial, a former wife who was married to Curry alleged she was frequently sick during the last year of their marriage. It was around that time, she alleged, that Curry suggested they both signed up for life insurance policies. 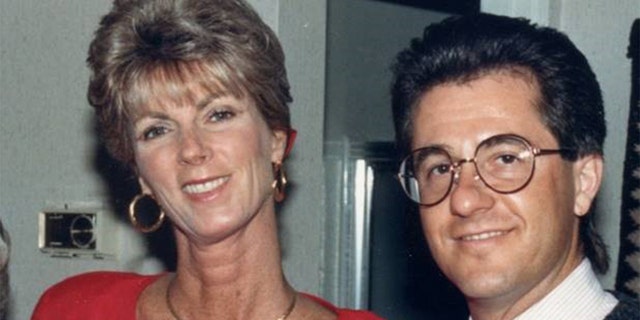 Kinkade spent numerous times at the hospital after suffering from vomiting, headaches and bloody diarrhea, the OC Register reported. During a 1993 hospitalization, an unexplained dose of lidocaine was found in an IV bag, suggesting someone may have tampered with it, court filings revealed. While the Orange County Sheriff’s Department had questioned the Currys, there wasn’t sufficient evidence to point the blame on the seemingly doting husband.

Seabold said she didn’t buy it.

“Linda was in and out of a couple of different hospitals,” she said. “Only Paul and the nurses and doctors were allowed in the room. To me, that was the first real red flag. But they just couldn’t pinpoint who could have done this.”

Seabold alleged that one time, she visited her ill friend at home and noticed an unusual amount of clutter. 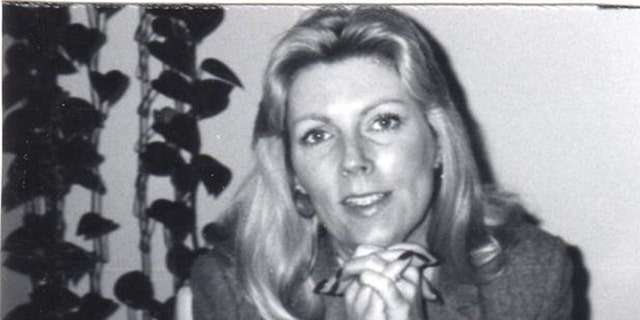 Merry Seabold said she couldn’t convince her pal Linda Kinkade to suspect Paul Curry of any harm doing before her death.
(Oxygen Media)

“Linda may have been in the hospital for some time, but she was always neat and tidy,” she said. “I remember I saw a highboy dresser with just a bunch of papers on it. It was a 401K, life insurance policies, all kinds of debts. My initial thought was, ‘This is not good. Something very bad is happening at the house.’ She had to get out of there.”

“I remember she became very, very sick after Paul made this grand dinner for her with these wonderful looking, exotic salad dressings,” Seabold continued. “She was very appreciative of this wonderful dinner for her. And while she was enjoying this meal, he drew a hot bath just for her. He said, ‘It’s waiting just for you. I just want you to sit back and relax.’ And then she was hospitalized. It didn’t make sense. Poison came to my mind immediately, especially after I saw all those papers.”

According to Seabold, Kinkade became incredibly weak and wobbly, involuntarily shaking. The concerned pal was stunned, knowing Kinkade was always in great health and a noted non-smoker. And yet no one knew why she was becoming so sick.

“Linda just looked horrible,” Seabold choked up. “And it scared her.”

Seabold said her last conversation with Kinkade was “a sad one.” 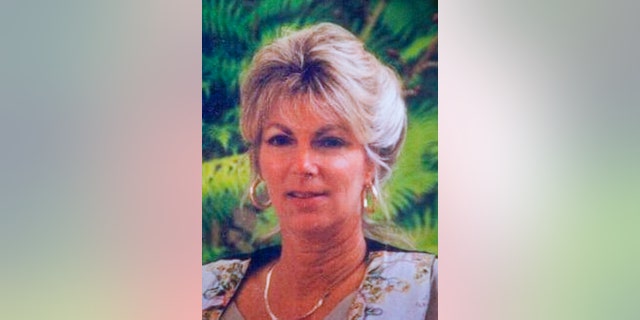 Merry Seabold said her last conversation with Linda Kinkade was ‘a sad one.’
(Photo by Sam Gangwer/MediaNews Group/Orange County Register via Getty Images)

“Her ex-fiancé before Paul and I knew something was up,” she claimed. “We talked a lot about how we just needed to get her out of that house. We were trying to put our money together and pay for an apartment down in Orange County where she would escape and still go to work. At one point, I had her totally convinced that she should leave the house. But then the next day, she calls me. She says, ‘I can’t leave. I just can’t think Paul would do anything to me. He’s a good husband. I’m going to stay.’ I mean, the best friend versus the husband, who do you think is going to win?”

“She just didn’t want to think Paul was trying to do anything to her,” said Seabold. “So I said, ‘Linda, I love you. You’re my sister. But I’ve got to step away from you. I can’t be so frustrated and not be able to do anything. If you can’t leave this house, I’ve gotta back away from you.’ And I did. And then one day, she was gone.”

Kinkade passed away in 1994 at age 50. Curry, who was 37 at the time, collected more than $500,000 in life insurance and other benefits after his wife’s death. He requested his first payments the day after her funeral and bought himself a Cadillac within six months, Assistant District Attorney Ebrahim Baytieth would later tell jurors in court. 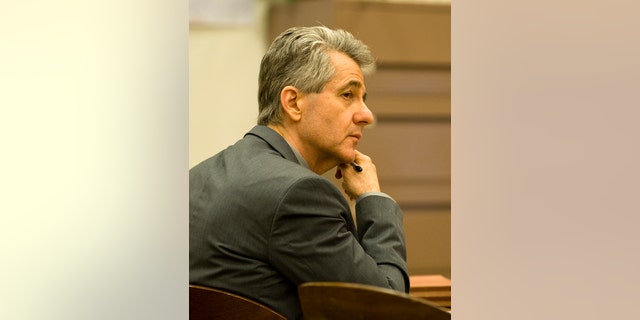 Curry was first questioned about Kinkade’s mysterious death. However, authorities didn’t have enough evidence to charge him at the time. It wouldn’t be until 2007 when a refreshed investigation yielded a new scientific report that, according to Orange County prosecutors, showed Curry gave his wife a fatal dose of nicotine.

Curry’s public defender, Lisa Kopelman, argued that Kinkade had serious health issues, including gastrointestinal problems, for years before her death. The nicotine found in her system could have been taken as a treatment for those issues because it can be used as medicine for irritable bowel syndrome, she noted.

But the evidence showed Curry had slowly poisoned Kinkade over the course of a year before he finally slipped her a powerful sedative and injected her with a fatal dose of nicotine behind her ear.

Curry was arrested in 2010 at age 57. At the time, he created a new life for himself as a chief county building inspector in Salina, Kansas. In 2014, he was found guilty of first-degree murder. Curry was sentenced to life in prison without parole, the OC Register reported.

“Justice was ultimately served, but it took too long,” said Seabold. “I don’t know if Linda’s pride overcame her, but Paul was the bad guy in the house and she wouldn’t leave… When I see her again someday, the first thing I’m going to say is why. Why did you stay?”

Today, Seabold hopes the documentary will warn people in relationships to look out for red flags – and not ignore them.

“There are bad people out there,” she said. “There are too many wolves in sheep’s clothing. That’s exactly what Linda ran into. She met a man who promised to make her life complete. And she just fell for it. He was evil. But bad things can happen to perfectly good people. We just need to be aware of that.”

"Charmed to Death" airs Sundays at 7 p.m. ET on Oxygen. The Associated Press contributed to this report.