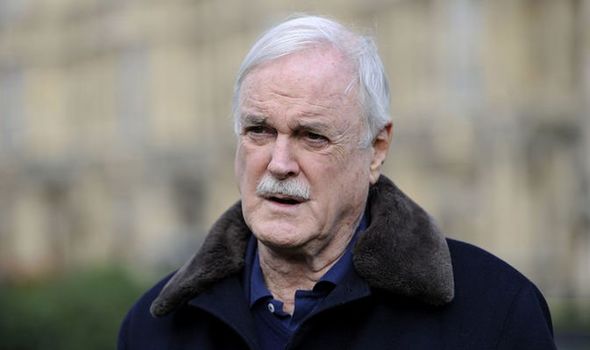 The Fawlty Towers star tweeted his “delight” at the news Ford will invest £230million into its plant in Halewood, Merseyside, a move which will safeguard 500 jobs and could create up to 700 roles. Cleese, 81, followed this with the punchline that he hoped no one would “half-inche”, which is Cockney rhyming slang for steal, the factory.

“Let’s hope nobody half-inches the plant.”

And Cleese, also a producer and screenwriter, faced a fierce backlash on the social platform, reports Liverpool Echo.

One Twitter user said: “The 1980s called and want their joke back.”

A third user also said: “I thought you were better than that.”

Other people said that the joke was also not funny.

One person tweeted: “That’s desperately unfunny and rather sad as a result.”

A second person tweeted: “Ooo, edgy! Got any material about the fella who runs the corner shop? Or maybe some mother-in-law jokes?”

Father-of-two Cleese starred in Monty Python films, including Monty Python and the Holy Grail, Life of Brian and The Meaning of Life, but some Twitter users pointed out that The Beatles lead guitarist George Harrison, alongside business partner Denis O’Brien, executive produced and gave money to fund Life of Brian with their production HandMade Films.

“Without a certain Scouser…there were NO PYTHON MOVIES,” the tweet read.

The factory, in Halewood, Merseyside, will be “transformed” to build power units for Ford’s all-electric vehicles in Europe.

The US company said Halewood will be the firm’s first in-house assembly site for electric vehicle components in Europe, with production beginning in 2024.