George Clooney and Julia Roberts are headed for Australia.

No – the actors aren’t reprising their roles as Danny and Tess Ocean for another heist flick, but fans of the pull-and-tug on-screen couple should get excited as Roberts and Clooney’s new rom-com, “Ticket to Paradise,” is reportedly set to hit movie theaters next year.

Distributed by Universal Pictures, the film is slated to drop on Sept. 30, 2022, according to Variety.

Meanwhile, production is said to be handled by Clooney and Grant Heslov under the actor’s Smokehouse Pictures banner – for which the Oscar-winner previously directed “The Midnight Sky.” 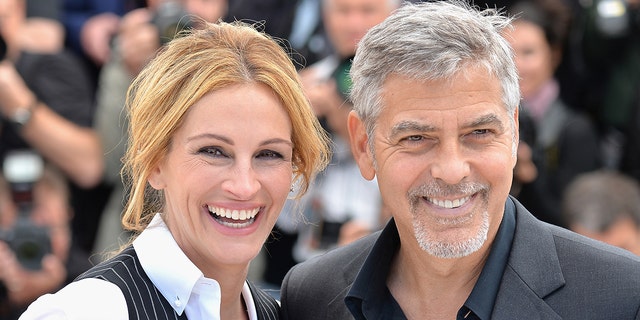 Actors Julia Roberts and George Clooney are slated to co-star the rom-com, ‘Ticket to Paradise.’ (Photo by Stephane Cardinale – Corbis/Corbis via Getty Images)

Tim Bevan and Eric Fellner of Working Title will also aid in producing the film with Sarah Harvey and Deborah Balderstone, respectively.

Furthermore, the outlet reported Tuesday that “Ticket to Paradise” is expected to start filming later this year and the longtime pals will make Queensland, Australia home during production.

While filming in the land down under, the production will also enjoy generous tax incentives from the Australian federal government and from Screen Queensland’s Production Attraction Strategy.

The film will be helmed by “Mamma Mia: Here We Go Again” director Ol Parker and is co-written with Daniel Pipski, per the report.

The story centers on the “Money Monster” co-stars as two exes who find themselves on a shared mission to stop their lovestruck daughter from repeating their past mistakes.

Most recently, Roberts has starred and executive produced the first season of the Amazon Prime Original series, “Homecoming.” On the film side, her latest role came in “Ben Is Back,” in which she played the mother of an addict. As for Clooney, he directed and starred in Netflix’s 2020 film, “The Midnight Sky.”

Reps for Clooney and Roberts did not immediately respond to Fox News’ requests for comment.