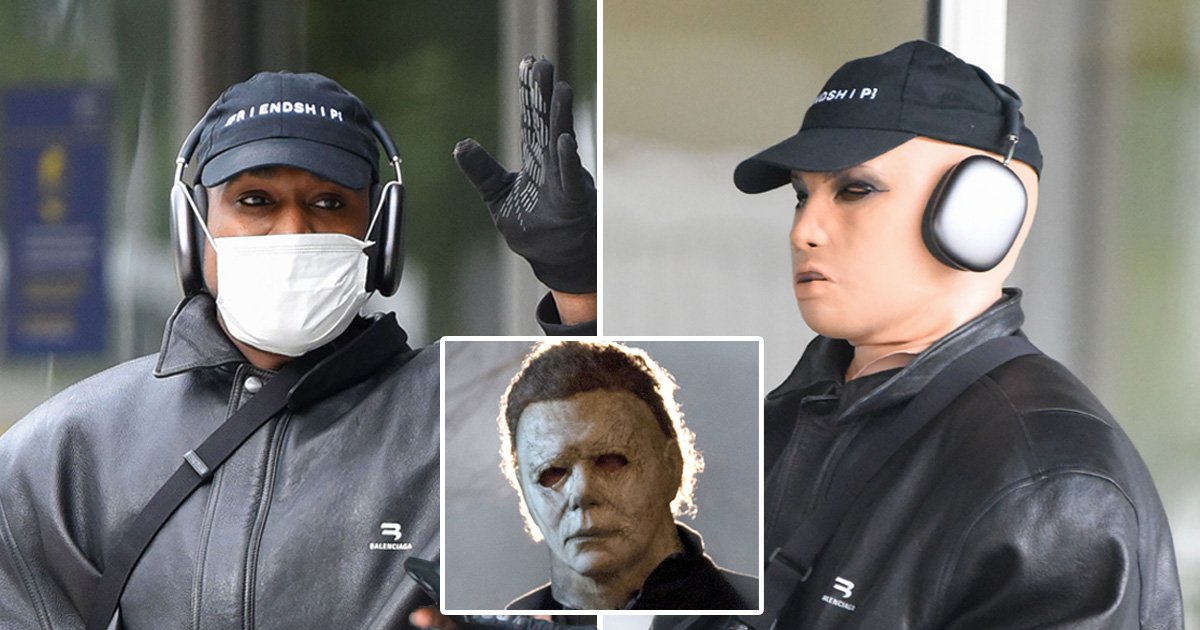 Kanye West ha snot only changed his name this week, he’s also changed his face a few times with a series of terrifying Halloween-style masks, too.

The rapper, 44, was spotted wearing a rubber mask with a cap on top as he stepped out this week, which was a little too reminiscent of Michael Myers’ creepy white face mask in the Halloween movies.

It’s not the first full-face mask Kanye has been wearing this week, as he seems to have invested in a host of the rubber disguises in the run-up to October 31.

He was first seen wearing one with a green tinge to the skin while in Italy at the start of the week, with just his eyes visible to waiting photographers while in Venice, Italy as he headed to the airport.

As if that wasn’t enough to induce nightmares in all of us for weeks, Kanye then upgraded to a white-skinned mask with an impressive smoky eye make-up look incorporated on it, through which his own eyes were barely visible.

He paired the look with his usual ensemble of an oversized jacket, black jeans and chunky boots, topping the mask off with a black baseball cap and later some sunglasses too.

Kanye also revealed this week that he has officially changed his name to ‘Ye’ and debuted a new haircut.

According to Deadline, Los Angeles Superior Court judge Michelle Williams Court approved the request on August 24 to change his name from Kanye Omari West to Ye for ‘personal reasons’.

Ye has long been his nickname and was also the title of his 2018 album as well as his Twitter name.

He revealed to DJ Big Boy three years ago: ‘I believe “ye” is the most commonly used word in the Bible. In the Bible it means you.

‘So, I’m you. And I’m us. It’s us. It went from being Kanye, which means the only one, to just Ye, just being a reflection of our good, our bad, our confused – everything. It’s more of a reflection of who we are [as] beings.’