Kylie Jenner is pretty much Wonder Woman. At 22, she runs a massive, billion-dollar company, has reached levels of fame some people only dream about, and does it all while caring for her young daughter. It’s hard to believe she has time to sleep let alone handle so many responsibilities. But in between her busy schedule, she does one surprising thing for herself that nobody would have expected. 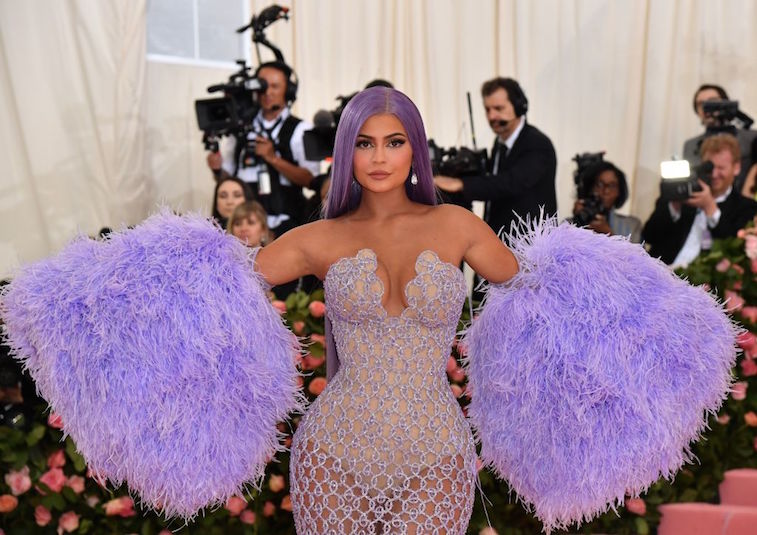 When Jenner launched her Kylie Lip Kits back in 2015, they sold out within minutes. And at that point, it was clear that she had a massive money maker on her hands. The lip kits turned into Kylie Cosmetics, which was officially launched in 2017, and no matter how many times Jenner restocked items, they kept flying off the virtual shelves. By spring 2019, Forbes had named Jenner the world’s youngest self-made billionaire. She has since sold 51% of her company for a cool $600 million, but she still owns nearly half of the brand.

She still manages to find time to care for her daughter

Despite having a crazy schedule, Jenner still somehow finds time to take care of her young daughter, too. Jenner and ex Travis Scott welcomed Stormi Webster back in February 2018, and though the two aren’t together anymore, they’ve managed to co-parent well since their split. Jenner brings Stormi everywhere, including on her private jets to different getaways. Jenner also loves posting photos and videos of Stormi to Instagram whenever the two of them spend time together. She likely has nannies who help her care for Stormi since she’s so busy, but she definitely makes an effort to be the best mom she can be.

Surprisingly, Jenner cooks for herself

If there’s one thing that surprises us most about Jenner, it’s that she cooks for herself. The beauty mogul billionaire might drive the nicest cars and wear the most expensive clothes, but whenever she wants a snack, she whips it up herself. Jenner has posted several meals to Instagram in the past that she’s prepared on her own; she recently showed fans a photo of a sandwich with avocaodo, cheese, and turkey. It looked tasty, but based on its standard presentation, it most likely was not prepared by a private chef. It’s possible Jenner does have a chef who helps cook some meals for her or helps her meal prep, but it’s obvious that she’s independent enough to cook herself a sandwich when she’s hungry. She doesn’t seem to be slowing down yet

It’s shocking that Jenner finds time to cook with everythinggoing on in her life, but she hasn’t showed any sign of slowing down. She doesmake fewer appearances on Keeping Up Withthe Kardashians than she once did, but she still seems excited to expandKylie Cosmetics to become an even bigger global makeup powerhouse. She recentlysold off morethan half of the company and told fans she’s excited to keep growing withit. It’s unclear if she’ll stick with cosmetics or launch something new, buteither way, she seems excited about what the future holds.

END_OF_DOCUMENT_TOKEN_TO_BE_REPLACED

END_OF_DOCUMENT_TOKEN_TO_BE_REPLACED
Recent Posts
We and our partners use cookies on this site to improve our service, perform analytics, personalize advertising, measure advertising performance, and remember website preferences.Ok