JoJo Siwa and Kylie Prew have broken up again after briefly rekindling their relationship. Kylie confirmed the news during a TikTok live, saying “Someone asked me, just now, if I was single. I am. I’ve been single for almost two months, and it’s okay, it’s not deep, I promise, everything’s fine. Not everything has to be messy and gross, because it’s not. And I just wanted to clear the air.”

She added, “We’re both safe and happy and healthy and that’s all that matters. And it doesn’t need to be drama because that just gives everyone unwanted anxiety, especially if they’re like me.” 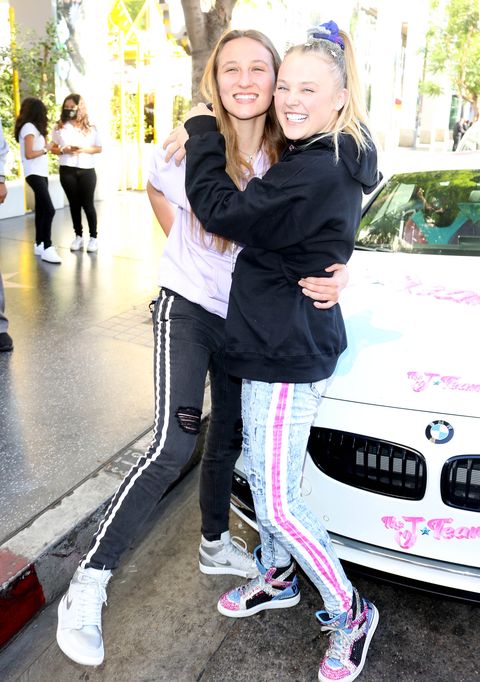 JoJoe and Kylie first broke up in October 2021 around the time JoJo was filming Dancing With the Stars. JoJo spoke about the split on Paris Hilton’s podcast, saying, “I have yet to talk about this officially, publicly, but we broke up. But she is literally still my best friend. I talked to her yesterday—she just got a new puppy. She’s awesome. She’s having the time of her life; I’m having the time of my life. I’m really lucky that I didn’t lose her completely because, you know, even though relationships end, friendships don’t have to end.”

She also noted, “I remember all the fun times, all the good times, and nothing bad happened, it just is the definition of a cheesy saying of ‘right person, wrong time’ and I hate cheesy sayings, but they’re true.”

Kylie and JoJo then got back together in May 2022, which JoJo confirmed with this sweet picture of them at Disneyland:

JoJo has yet to speak out on their most recent split, but here’s to hoping they’re still friends!