Home » Celebrities » Leslie Jones improvised most of her lines in ‘Coming 2 America,’ which is amazing

Leslie Jones improvised most of her lines in ‘Coming 2 America,’ which is amazing 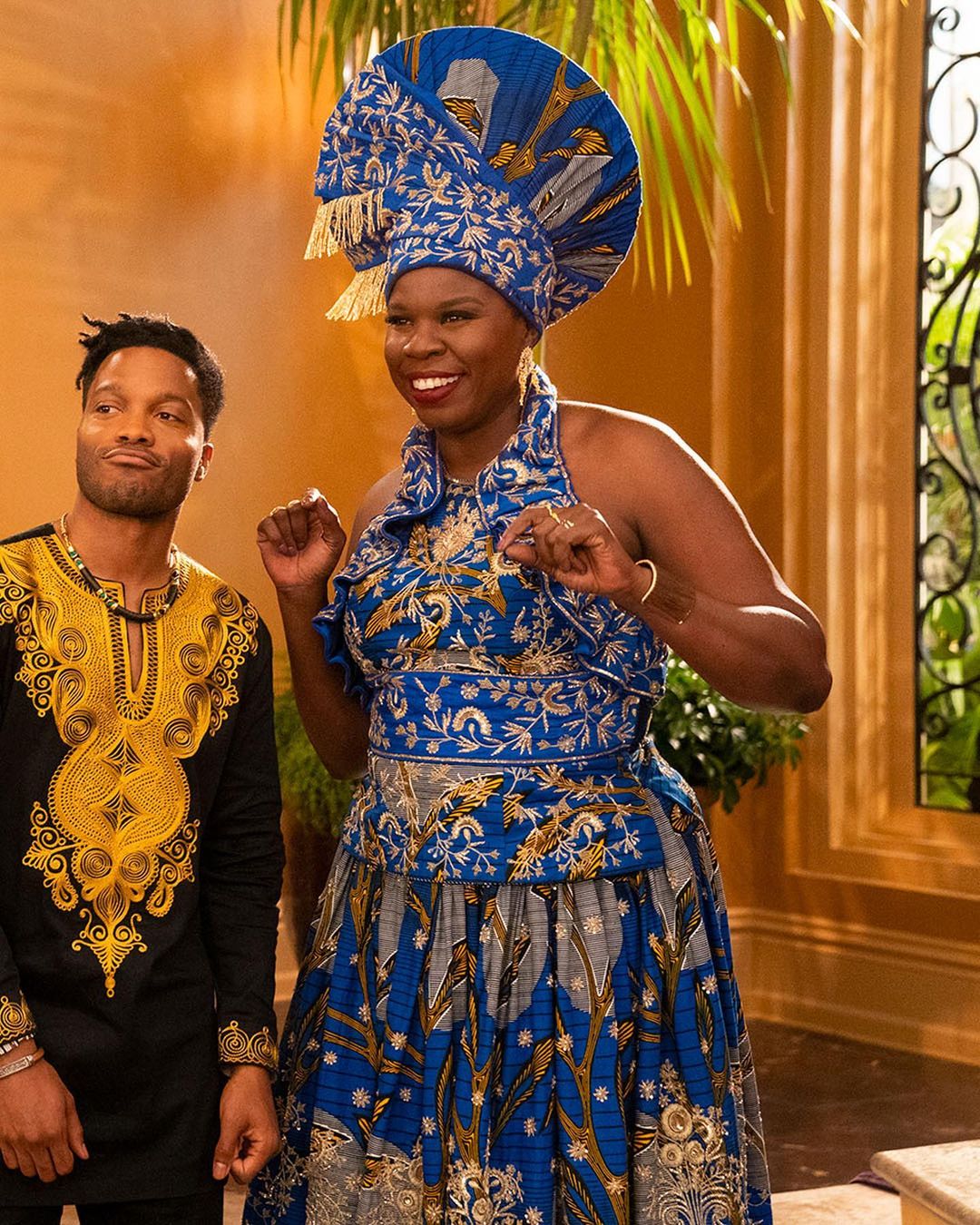 Back in high school I saw Coming to America so many times. I loved the costuming, the set design and especially the story, which was so sweet and funny. It was a blockbuster romcom featuring a mostly Black cast, which didn’t fully register with me as a teenager. I didn’t have high hopes for the sequel on Amazon Prime because it was getting bad reviews and I thought it would be cheesy. However I was totally surprised by how funny and entertaining it is. It’s a feel good movie with throwbacks to the original, multiple dance numbers, excellent music and moments that are so funny I was crying laughing. There are super cringey scenes and parts of it are dumb, but it leans into those and is just delightful overall. So many actors reprised their roles and there are some standout additions. I really liked the actor playing Prince Akeem’s son, Jermaine Fowler, Kiki Layne is also great as his daughter, and Jermaine’s mom Mary, played by Leslie Jones, is just hilarious. It turns out that Leslie made up most of her lines on the spot! She talked about this in a recent interview with Vanity Fair. Leslie also talked about Twitter and how she’s doing in lockdown.

On her line “I’m so hungry I could eat the ass out of a zebra!”
[Laughing] I can’t believe they kept that line. I was told they wasn’t going to keep that. I improvised probably most of them. I played Mary pretty much how I wanted her to be. I know there was a lot of, “Hey, Leslie, can we do one from the script?” and I was pretty much saying no.

She wants to play a villain
First of all, I’ve always wanted to play a supervillain. What’s the one that Angelina Jolie played? Maleficent! Stuff like that, man. Or like, a crazy serial killer.

On if she has pandemic fatigue
I mean, I’ve always lived the pandemic life, so it doesn’t really bother me that much. Everybody else is so unhappy, so that’s what makes me sad–that people can’t be by themselves. I think this is an opportunity to actually really get to know yourself. I don’t know, ’cause I’m good. I’m 53. I’ve been through some traumatic stuff before. It’s part of life.

On Twitter
Of course you take some abuse. But I always talk to Jack [Dorsey] and say, “Look, I’m coming to your club. You need some more security in your club. I’m not supposed to get shot in your club.” Around Ghostbusters, it was really bad. Pretty much since then people are very positive. And you know what? These people are just keyboard warriors. None of them would ever come up and say something to you. Or at least they should be very scared to with me. [Laughing] I will fight you. Ain’t nobody going to walk up to me and say, “You suck, Leslie Jones!”

This is just more confirmation that Leslie is awesome without any help from writers. She told Jimmy Fallon in a recent interview that she first met Eddie Murphy when he came to see one of her standup shows pre-SNL. Eddie thought she was so funny (my words, she wasn’t braggy about it) that he came backstage to meet her. I’m just so impressed that she made up her lines, because you couldn’t tell except for the fact that she was so natural and funny.

As for her pandemic lifestyle, she’s said that she was a germaphobe pre-covid and we know she loves TV. I can relate somewhat in that I’m midway between extrovert and introvert but I really miss going to the movies, out to eat and just being around other people. I can’t wait to hug people again. I’m going to put some minor spoilers below so skip the end of this story if you want to save all the details of Coming 2 America for when you watch it. I don’t think they ruin the movie at all though.

Mild spoilers for Coming 2 America 2
So did Leslie and Shari Headley (Lisa) improvise that scene at the engagement party where they’re singing lyrics to The Humpty Dance? I need to know this! Salt and Pepa, En Vogue and Gladys Knight are in this movie! I do not think I am overselling it because I came away from this so happy and just wishing I could have seen it in a full theater. Those are the best movies, the ones you want to share.