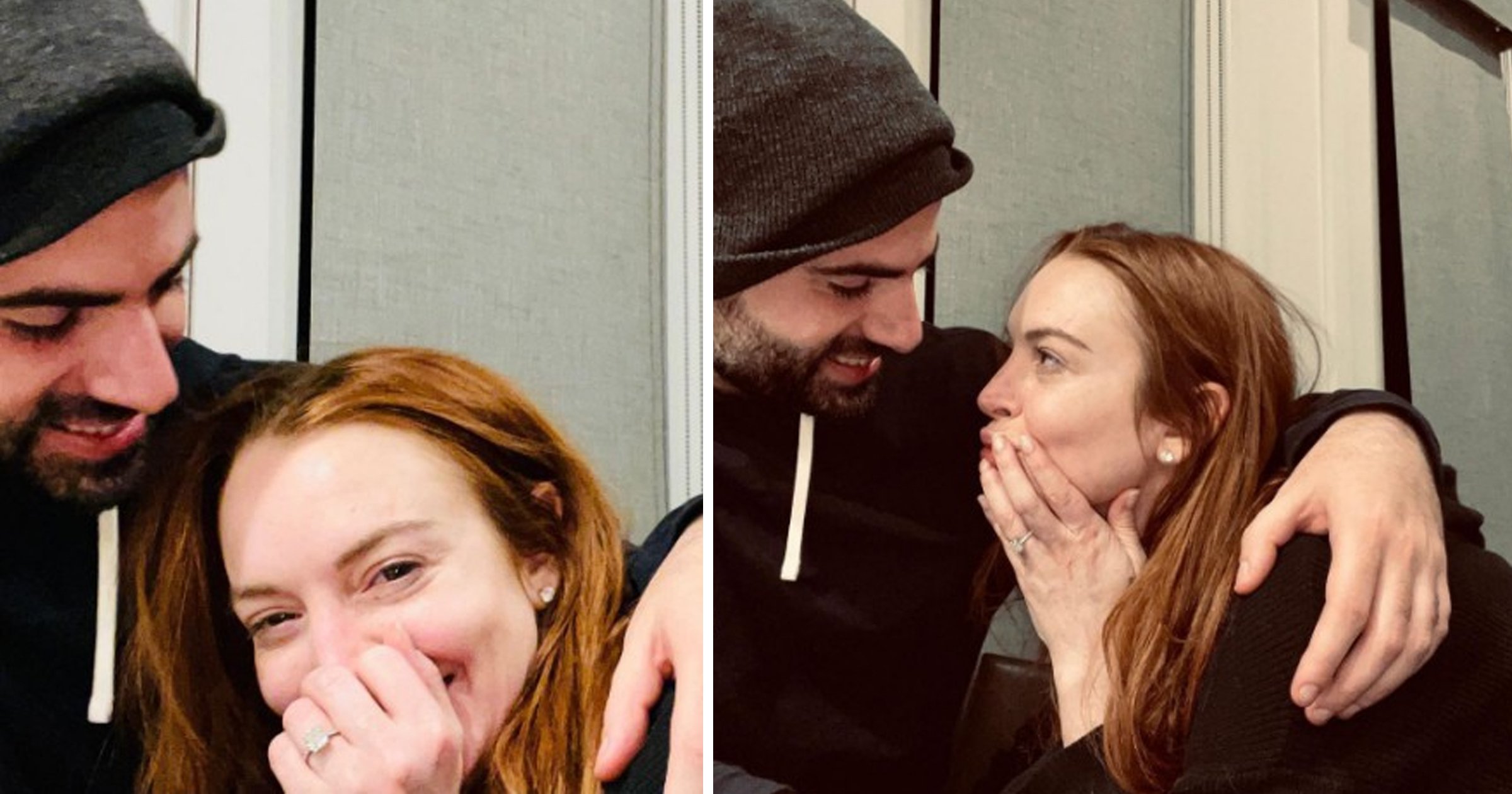 Lindsay Lohan has announced she is engaged to boyfriend Bader Shammas after two years of dating.

The Mean Girls actress shared the news via Instagram on Sunday morning with sweet photos of her and Bader cuddled up.

She also gave a glimpse of her sparkling engagement ring, which features a large diamond set upon a band of smaller stones.

‘My love. My life. My family. My future. @bader.shammas #love 💍,’ Lindsay captioned the post.

Lindsay, 34, is believed to have begun dating Bader two years ago and sources recently revealed how loved-up the couple were.

‘Lindsay’s relationship with Bader is going strong. She has been with him for about two years now,’ an insider previously told The Sun.

‘He is a legitimate guy. He’s not an actor, he’s not in the entertainment industry, he manages funds for high net worth people at Credit Suisse.’

The source then hinted: ‘They’ll get married at some point. She is 34. It’s just a matter of time.’

Lindsay went public with Bader in February 2020 when she shared a photo of her posing with the businessman, her sister Aliana, Bastille drummer Chris ‘Woody’ Wood and rocker Dan Smith.

She captioned the image: ‘@aliana lovely night with sister and my boyfriend bader❤️. Such a magical night.’

Lindsay was previously in a relationship with Russian businessman Egor Tarabasov in July 2016.

The Parent Trap actress has been living in Dubai for some time now but returned to the US last month to start filming a Christmas movie for Netflix.

Coincidentally, Lindsay stars as a newly-engaged heiress who suffers amnesia following a ski accident and finds herself in the care of a handsome lodge owner (Chord Overstreet).

This is a breaking news story, more to follow soon… Check back shortly for further updates.