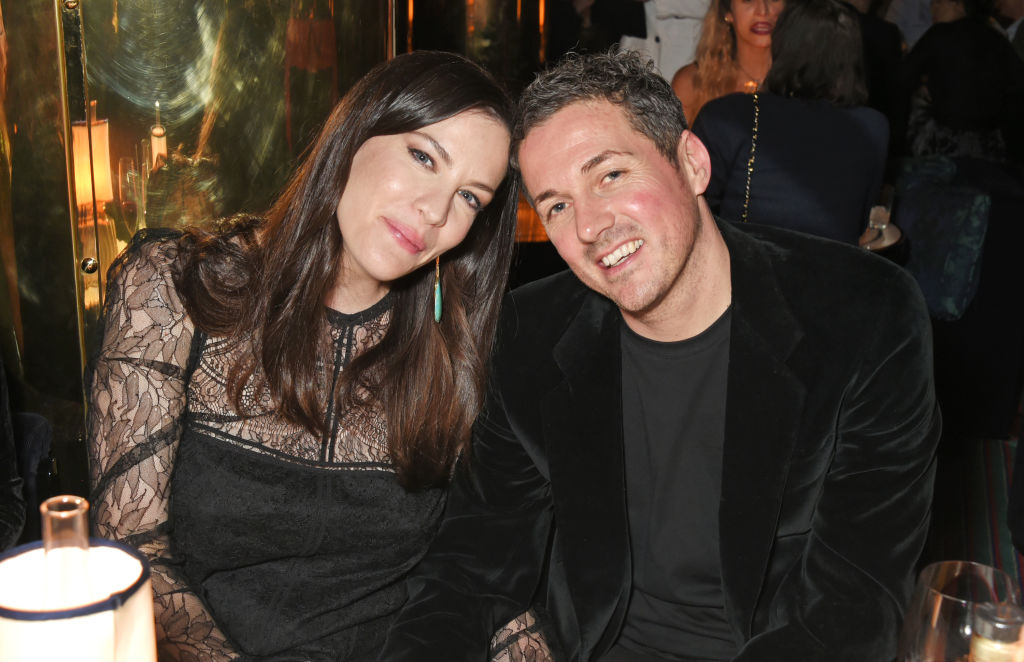 Lord of the Rings star Liv Tyler has reportedly split from her fiancé Dave Gardner after seven years together.

The 44-year-old actress has reportedly moved back to Los Angeles from London, where she has lived since 2018 with sports and entertainment manager Dave, also 44, and their two kids, son Sailor Gene, six, and daughter Lula Rose, five.

According to The Sun, Liv and Dave still work well as co-parents but ‘unfortunately, they’ve grown apart and increasingly they’ve been living separate lives’.

The pair reportedly split up in March but did not make the break-up public to ‘minimise the fuss and ensure their kids were ok’.

A source added: ‘They’ve now come out the other side and are the best of pals. They even went on holiday together this summer.’

Dave is best known for organising the commercial deals for best friend David Beckham, and is currently working on the footballing legend’s Inter Miami project.

The Brit was previously married to Hollyoaks actress Davinia Taylor, with Becks acting as best man at his wedding and being godfather to their son Grey, who is now 14.

Beckham is also godfather to Dave and Liv’s kids.

Dave and Davinia split in 2009 after seven years of marriage.

They confirmed their separation in 2008.

Following her divorce, the star, who dated Joaquin Phoenix in the mid-90s, said she wasn’t into casual dating.

Saying she was scared of getting hurt, Liv – the daughter of Aerosmith legend Steven Tyler and model Bebe Buell – told Tatler: ‘I fall in love once in a blue moon. I wouldn’t be capable of having a casual fling. I’m far too sensitive, and I just wouldn’t have any pleasure from it.

‘There’s nothing worse than heartache, being lovesick. It’s like there’s a physical sickness.

‘The hardest part is when they leave. It also brings up a lot of issues – you might feel like a failure, or like there is something wrong with you. You can’t run away from yourself – you kind of have to just deal with it.’

Despite their break-up, Dave wished Liv a happy birthday on Instagram back in July, and appeared to be at her birthday dinner, writing: ‘Happyyyy Birthdayyyy ❤️💗❤️ We all love you so much, what a wonderful day and sweet surprise from Pappa Steven 😍 Happy Birthday.’

It appears that he also visited Los Angeles last month, sharing a post with his daughter Lula on his shoulders and writing: ‘Los Angeles 🇺🇸 Sooooooo Happy 😁 Back with my baby girl.’