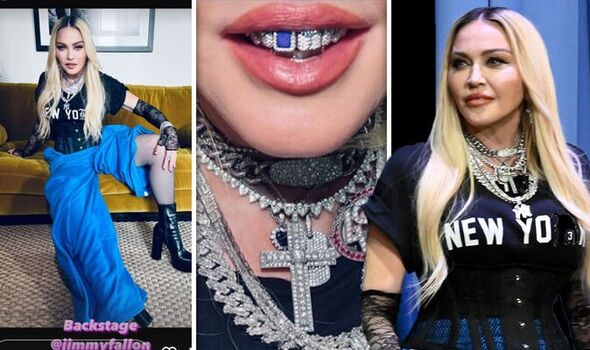 Madonna, 63, put on a youthful display as she showed off her Jimmy Fallon outfit on Instagram

Madonna, 63, took to Instagram to show her 18.4 million Instagram followers a closer look at her look for her recent Jimmy Fallon’s The Tonight Show.

She looked great in a black corset, partnered with a black top, lace sleeves and oversized blue joggers.

The singer appeared on the show, promoting her new compilation album, while also showing off her new birthday look.

Madonna revealed she actually designed her new grills herself as she explained: “They’re my ‘birthday grills. It’s almost my birthday, so I got myself a pair of grills.”

Responding to criticism, Madonna said: “I just like the way it looks — it’s mouth jewellery — and I have really ugly teeth.” (sic)

Madonna’s Jimmy Fallon appearance was criticised due to the Like a Virgin singer ‘whipping’ the presenter during a racy game. 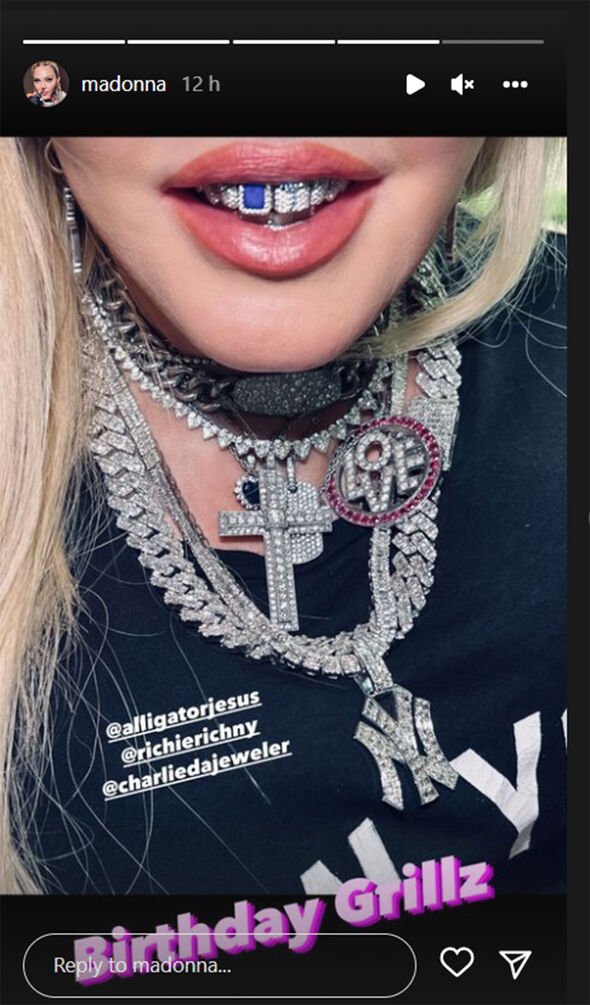 Madonna, 63, showed off her “Birthday Grillz”

Madonna, 63, took to Instagram last night to share her recent outfit she wore on Jimmy Fallon’s The Tonight Show. 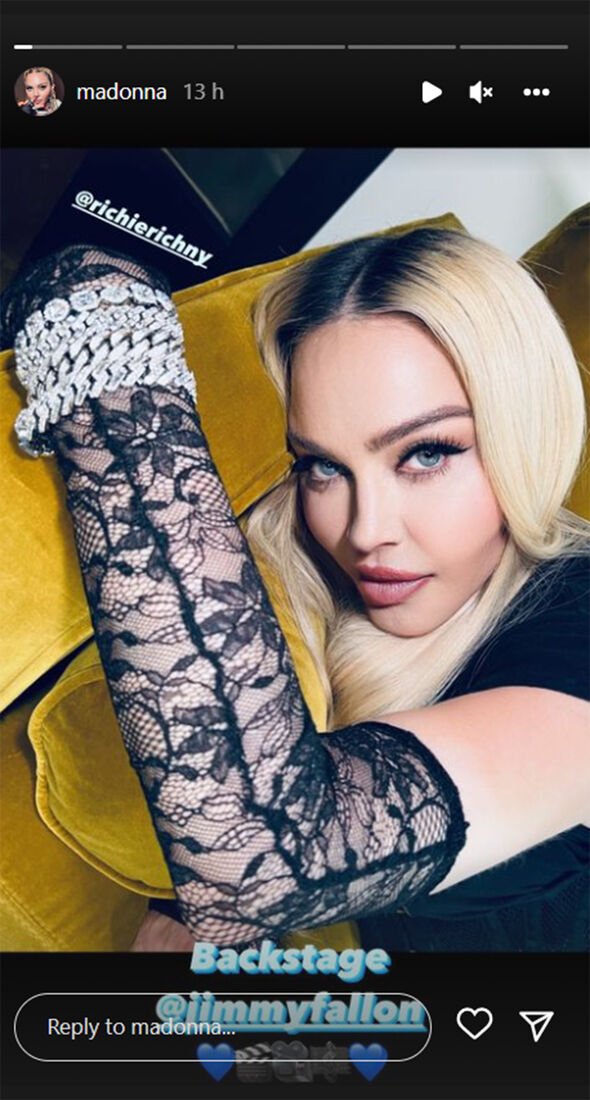 Madonna, 63, showed off her racy outfit

Madonna, 63, wore her usual lace for the US TV appearance, not disappointing her loyal fans. 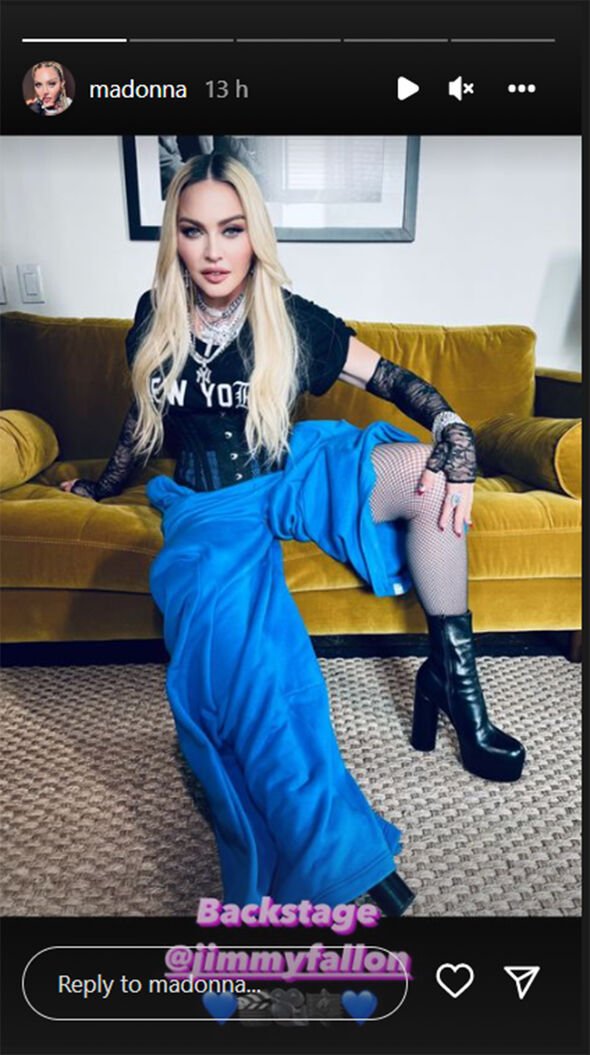 Madonna, 63, showed off her racy outfit for the US TV appearance. She sported a lace corset, and open legged blue tracksuit bottoms. 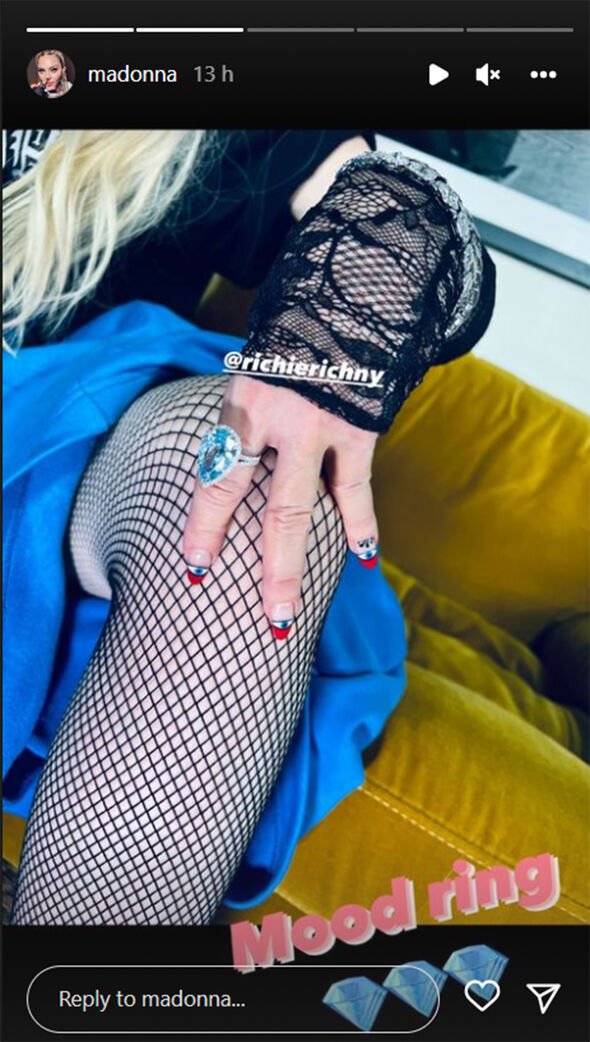 Madonna, 63, showed off her blue jewellery

The Like a Virgin hitmaker paired her jewellery with the blue at the Jimmy Fallon studio. 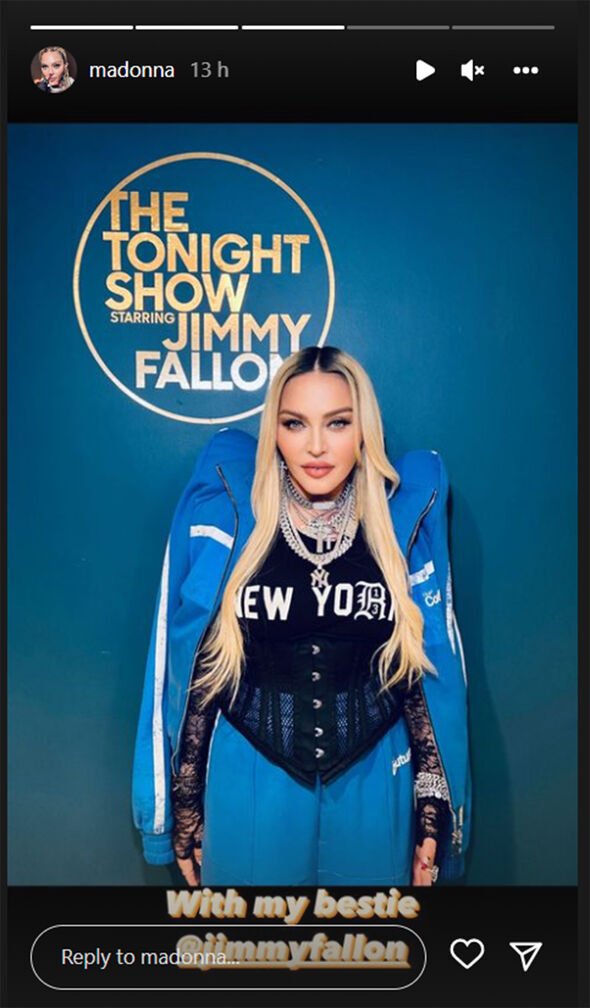 The singer whipped Jimmy Fallon during a game at the end of the show. 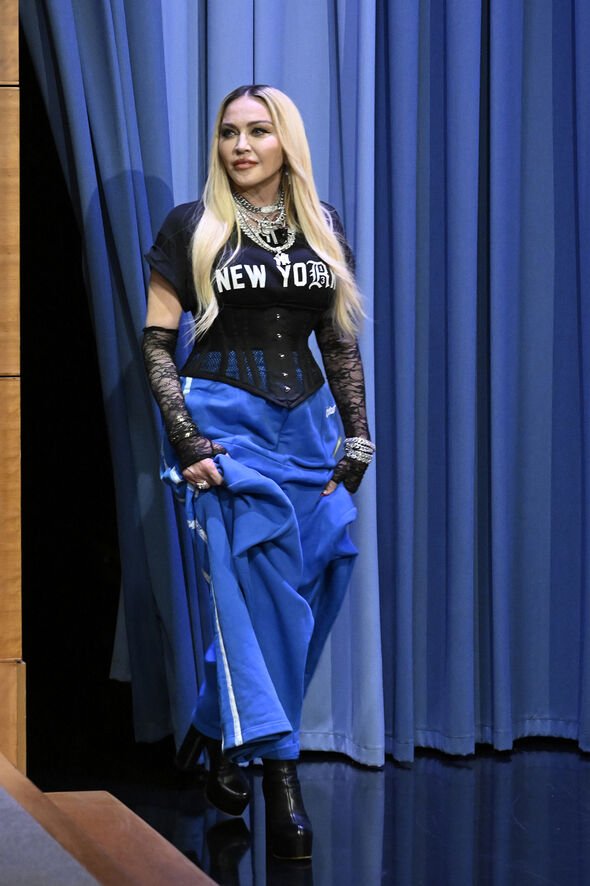 Madonna, 63, put on a youthful display 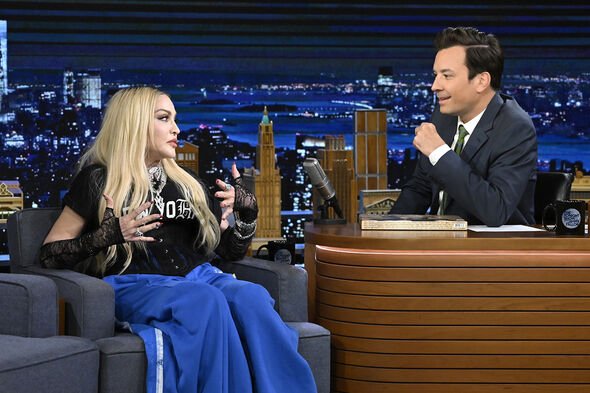 Madonna admitted she shares clothes with her son David

Madonna told Jimmy Fallon: “He wears my clothes and looks better in them!” 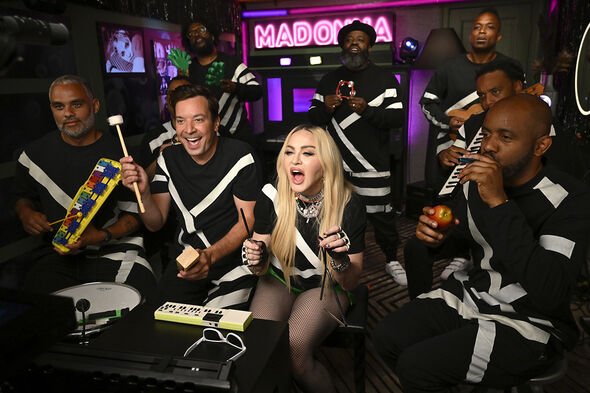 Madonna, 63, sung with Jimmy Fallon on the show

Madonna’s Jimmy Fallon apparance was criticisd due to the Like a Virgin singer ‘whipping’ the presenter during a racy game.