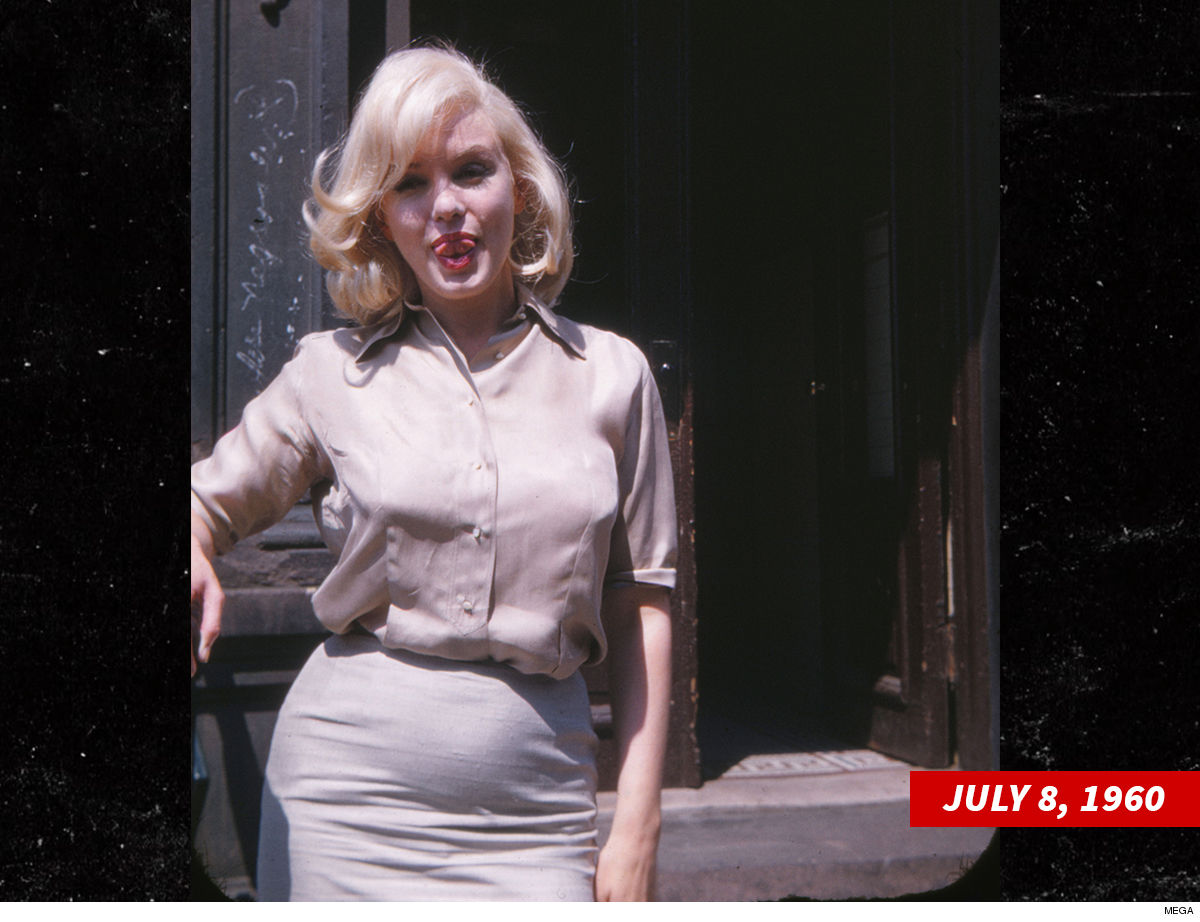 Marilyn Monroe is clearly pregnant in a collection of extremely rare photographs — at least that’s what the person trying to sell them is saying, but they’re not alone.

The pics, purporting to show a pregnant Marilyn in 1960, are going up for sale through the memorabilia company, Moments in Time — where they’re hawking the shots for a cool $95,000 … and pushing the pregnancy angle.

The stunning pics were shot by Marilyn’s confidant, Frieda Hull, who long ago claimed Monroe told her she was pregnant with actor Yves Montand‘s child when they snapped the pics in New York.

The alleged pregnancy is a big deal because Marilyn was married to Arthur Miller at that time, and she had just worked with Montand on the movie, “Let’s Make Love.” How’s that for timing?

Hull dubbed the shots, “The Pregnant Slides,” but there’s never been any solid proof Marilyn was actually preggo at that time.

The photos were sold as part of Marilyn’s estate after she died, and they were purchased by her neighbor, Tony Michaels, for $2,240. Marilyn never gave birth before her death in 1962, and Frieda told Michaels the actress lost the baby — but it’s unclear if that was by miscarriage or abortion.

Fans have been trying to debunk the pregnant rumor for years. Frieda died in 2014, so she can’t help prove or disprove it.

Either way, no one’s debating one fact — Marilyn looked as BOMBshell as ever in the photos.