Mary J. Blige is taking fans on an “emotional journey” with her new documentary, My Life. The songstress is opening up about the film, the album that inspired it, and its impact on her own journey.

Blige spoke with ET on the carpet at the premiere of her doc at The Rose Theater inside Jazz at Lincoln Center in New York City, and she said it “feels good” to be bringing her personal story to the big screen.

“It’s an emotional journey, the whole thing. But you know, emotions are great, bad or good, and sometimes we just need to express something,” she shared. “I mean this is what my life has been about for years, expressing my emotions and how we feel and how we heal.”

Blige sparkled on the carpet, rocking a dazzling, silver fringe-covered dress that shimmered in the flood lights and showed off her toned legs. 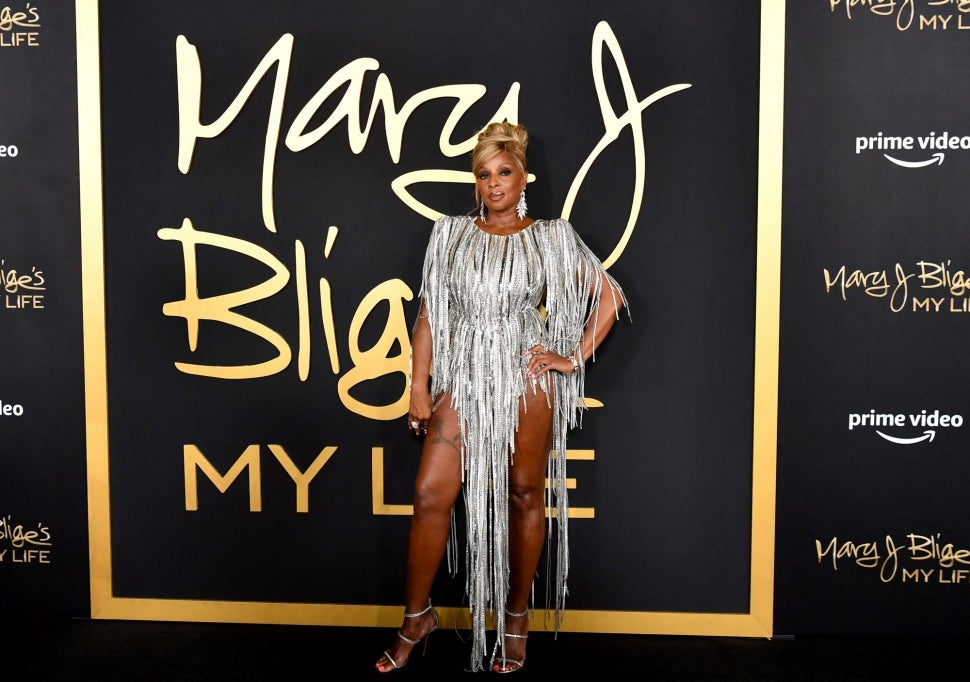 The documentary details Blige’s difficult childhood, and the painful experiences she had as a little girl growing up in the projects in Yonkers, New York — all of which influenced and inspired her hit 1994 album of the same name.

While the album was informed by Blige’s trauma and challenges, it was also a real breakthrough for Blige in terms of her career and finding a massive fan base.

However, after the album came out, Blige said it felt like “four million people said, ‘Me too, Mary.’ And that’s what started the movement.”

“I had no idea that I could touch people with my own pain,” she added. “It made me say you know what? Let’s move forward, let’s move onward and upward you know?”

When asked if she could go back in time to when she was writing the album, and impart wisdom on her younger self, Blige said, “If she would listen — because 20-year-olds don’t listen to anyone — [I’d say], ‘Just hang in and stop being afraid of yourself. The thing that you feel that you’re so afraid of is you.'”