Matt Baker, 42, showed his cheeky sense of humour during tonight’s episode of The One Show, but his co-host Alex Jones, 42, seemed less than impressed with his joke. The pair got onto the subject when they discussed the dramatic events that took place due to the extreme weather caused by Storm Dennis.

Matt revealed he and his family dealt with an “unexpected” event during the storm when they started lambing at their farm.

The presenter explained: “Do you know what happened to us in the middle of the storm that we didn’t expect?”

“Go on,” Alex encouraged, as she eagerly waited to hear the story.

Matt continued: “We started lambing, we had an unexpected lamb, so it was drama.” 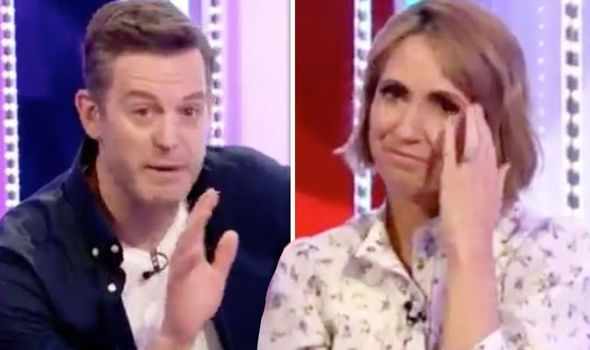 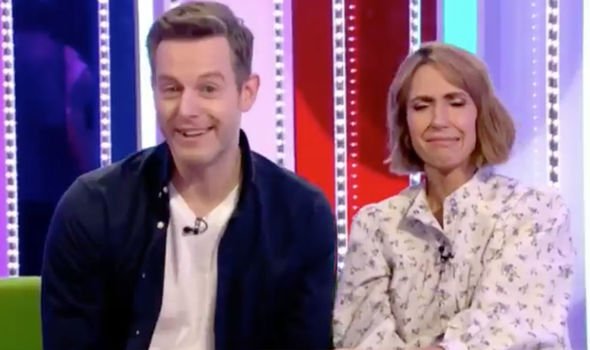 Alex replied: “Yeah, lambs aren’t waiting for the storm to pass, are they? Oh is that the little one?”

“Yes, we had this beautiful little lamb and I filmed it all and I put it on my Instagram. I’m not going to spoil it, have a little look,” Matt informed viewers.

“It’s so cute, she was in a little basket wasn’t she? Lamb in a basket,” Alex gushed in response.

However, one of the show’s guests, EastEnders star Adam Woodyatt, who plays Ian Beale, then made a surprising comment about how his family used to take care of newborn lambs. 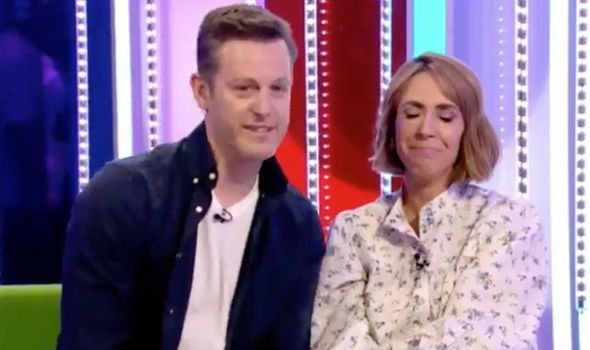 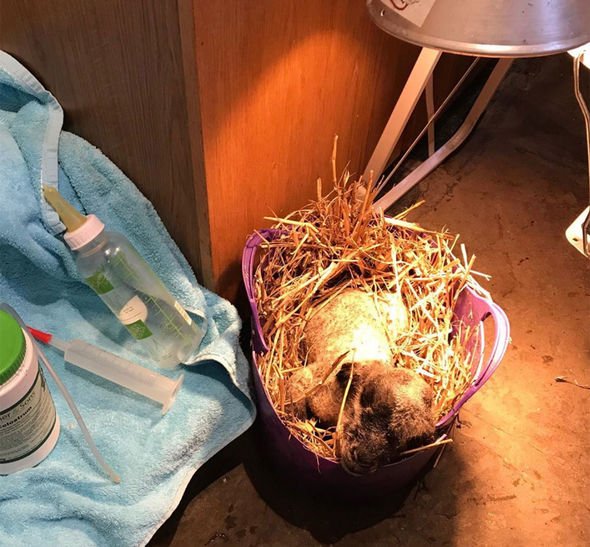 The actor chimed: “We used to put them in the Rayburn.”

“Well hopefully it wasn’t on, was it?” Alex exclaimed.

Explaining himself further, Adam added: “When I used to live in Wales, the baby lambs, if the mother had rejected them, we used to literally stick them in the warming drawer of the Rayburn to keep them alive.”

Matt then stunned Alex by jokingly saying: “Take them out before they’re cooked.”

Alex simply grimaced in response to Matt’s awkward remark before he turned around and spotted her reaction.

“That was a joke, honestly, seriously,” the Countryfile favourite reassured his co-host.

Matt’s exchange with Alex comes after he shared an update on the adorable lamb’s progress in view of his 97,000 Instagram followers yesterday.

Explaining the situation in a series of videos, the star said: “This is our first little lamb.

“Didn’t expect to start lambing yet, but we’ve been taken by surprise and this one isn’t very well.”

Fortunately, the lamb’s struggles seemed to be easing with Matt’s care and affection.

Matt soothed the little animal by saying: “You look a lot better now than you did a while back.”

The One Show airs weekdays at 7pm on BBC One.

END_OF_DOCUMENT_TOKEN_TO_BE_REPLACED

END_OF_DOCUMENT_TOKEN_TO_BE_REPLACED
Recent Posts
We and our partners use cookies on this site to improve our service, perform analytics, personalize advertising, measure advertising performance, and remember website preferences.Ok