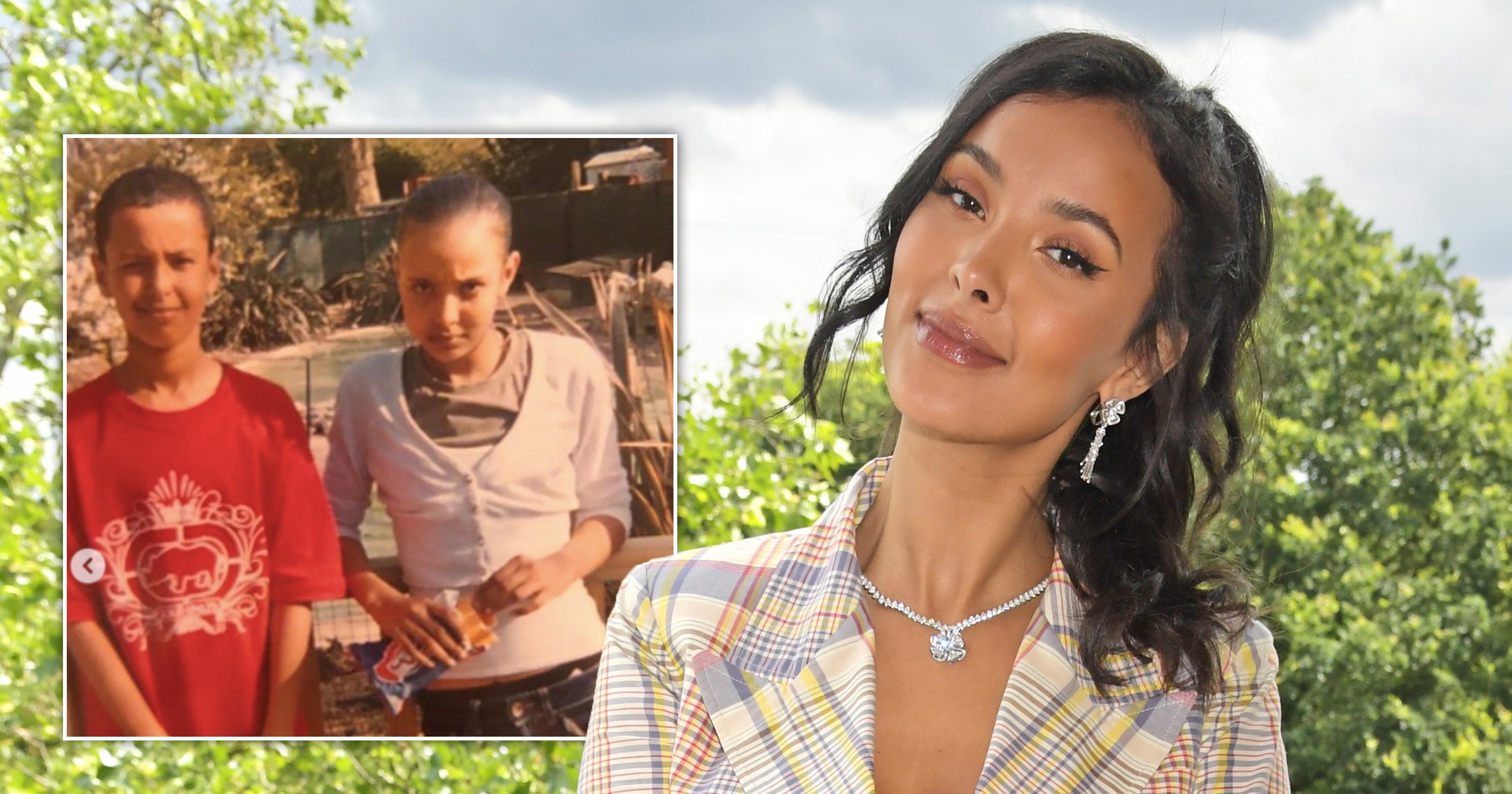 Maya Jama might be known for being cool these days but even she wasn’t immune to an awkward teenage phase – which she has kindly shared with the world.

The presenter, 26, took to Instagram to share a host of images of herself from the start of secondary school, in which she personifies the stereotype of teenage angst.

The first image saw Maya pulling a hilarious face as she posed with two friends, which she later cropped in on in the final picture in the series, to make sure her followers got a really good look at it.

She told her followers: ‘My mum just sent me these & looool awkward 11/12 year old me was joke.’

In another snap, Maya could be seen looking angsty and dramatic as she stared down at a games console while sitting on a bed with a family member, as well as posing with pals in a white cardigan over a grey T-shirt.

In another shot in the same outfit, Maya rested on a railing and perfected a mean and moody look at the camera while she held a snack.

While she may be glamorous and confident now, it’s refreshing to see that even Maya has those same cringey teenage photos we all have hiding in a photo album somewhere.

Maya’s deep-dive into the family albums comes after she went public with her relationship with basketball player Ben Simmons, 25, in July.

She shared sweet black-and-white snaps of her sitting on Ben’s lap before snogging in another photo.

The NBA star and Maya were also seen kissing in the stands at Wimbledon earlier in the month after first being linked in June when they were seen together at Sexy Fish in London.

Maya had previously dated rapper Stormzy, 28, for four years before splitting in 2019, while Ben dated Kendall Jenner, 25, on and off until May 2019.