Megan Fox looked like a badass while pointing a gun at beau Machine Gun Kelly’s head in a photo from their new film ‘Midnight in the Switchgrass.’

Megan Fox and Machine Gun Kelly‘s characters in their new film Midnight in the Switchgrass certainly didn’t share the romantic bond that the two stars have today. While the lovebirds fell in love on the set of the crime thriller in early 2020, a still photo from the film shows that at least one of the scenes they shared together was tense, to say the least. In the photo, which was published by the Daily Mail on Aug. 12, Megan, 35, is shown holding a gun up to the 31-year-old rapper’s head as he lies in a bed all bruised up. See the dramatic snapshot HERE. 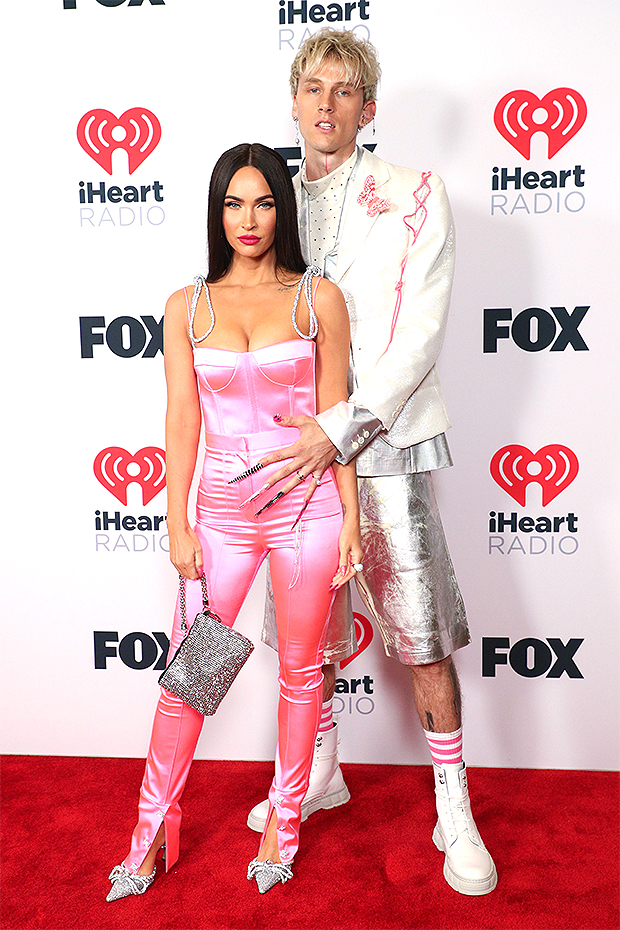 Megan stars in the Randall Emmett-directed film as Rebecca Lombardo, an FBI agent who is on the hunt for a serial killer whose been murdering members of a sex-trafficking ring. In the Daily Mail‘s photo, Megan is dressed in a fancy brown jacket with an undershirt tucked into her jeans. Her gun is pointed squarely at MGK, who is wearing a striped collared shirt while in character as Calvin, who is involved in Rebecca’s case.

Midnight in the Switchgrass also stars Bruce Willis, Emilie Hirsch and Luke Haas. The movie kicked off filming early last year, which was the origin of Megan and MGK’s fairytale romance that fans know today. Since going public as a couple in June 2020, Megan and MGK — who have been going strong with their PDA-filled date nights —  have been open and honest about how they fell in love so quickly on set. 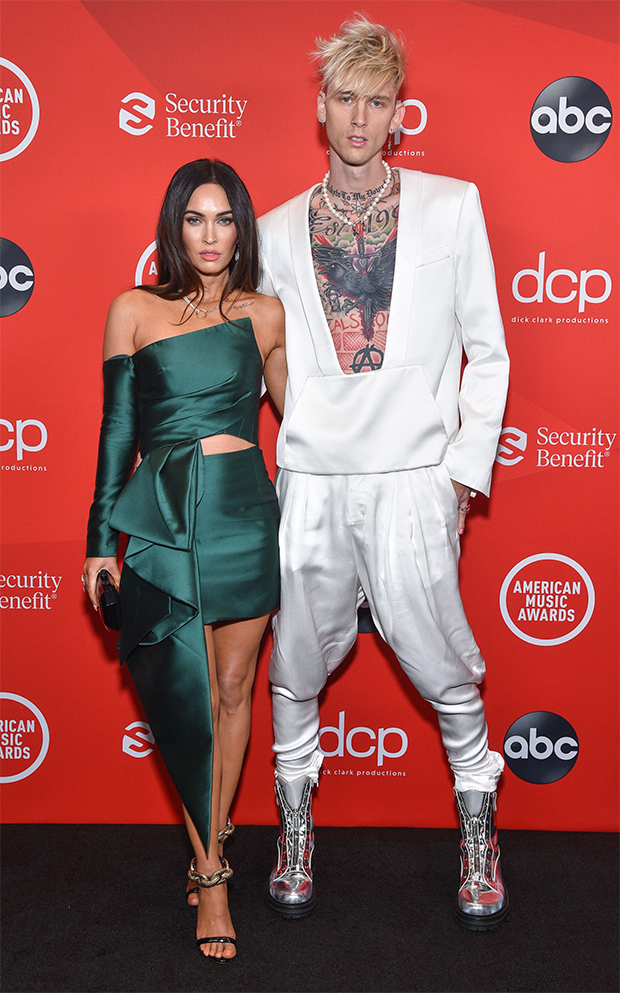 “It was definitely a vehicle – I’ll be honest – for me to meet Colson,” Megan said in a July 16 tell-all interview with Who What Wear. “I knew he was gonna be in the movie, but the universe was just like, ‘Go do this. There’s something about this experience that’ll be really rewarding for you.’ ” The Jennifer’s Body star also said that when she first met MGK, she “knew instantly” that there was “a soulmate connection” between the two stars.

MGK, whose real name is Colson Baker, felt the same immediate connection to Megan when they first met. In fact, the “Bloody Valentine” rapper previously revealed that he had a poster of Megan on his bedroom room growing up, proving he was crushing on the actress long before their romance began. “[The poster] was from her [2008] GQ shoot,” he told GQ last month. “So that’s some full-circle s**t.”