Midsomer Murders cast member Neil Dudgeon, 59, has admitted “health and safety people” were brought onto set to prevent him and his co-stars from “being blown over the edge of a cliff” during a particularly fear-inducing day of filming for the ITV drama. The actor, who has a phobia of heights, explained he was shooting a “denouement scene” at the time while there was “a gale blowing”, which made standing on the cliff edge risky for the cast and crew.

Speaking about the scary situation to Express.co.uk, the DCI John Barnaby star recalled: “So we shot this denouement scene that was on the edge of a cliff, it was quite a high cliff, it was like 100 feet.

“So for me being not good with heights – if you get near the edge you go a bit swimmy -that was a bit tricky.

“The days that we were filming, the weather had been beautiful for weeks, but then the two days we were filming there was a gale blowing, a real, proper gale and people were being sort of blown around in the wind.

“And you think, we’re going to be on the top of a cliff in a gale, being blown over the edge of this cliff, this is a joke,” Neil exclaimed. 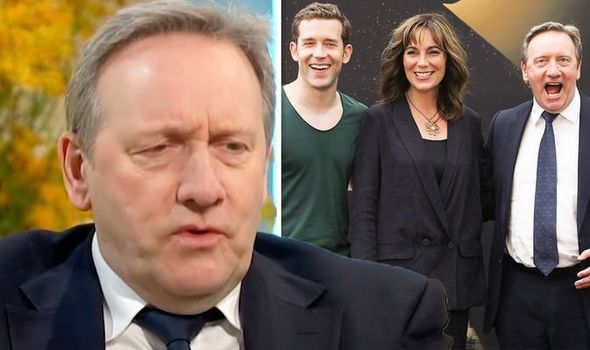 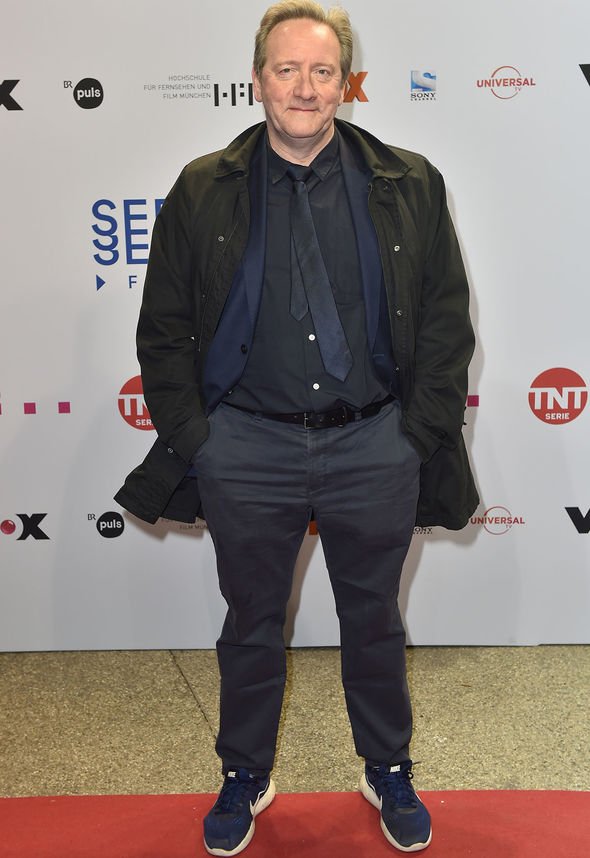 Reflecting on how the show resolved any potential health and safety risks, Neil revealed he and his co-stars were “tied to trees” to prevent any falls.

He continued: “They had to get health and safety people to put stakes in the ground and find trees that were secure and tie us all to trees and all sorts of things, so we weren’t in danger of falling over this cliff.”

However, although the the risks were minimised, the scene became even more frightening for Neil when the actor playing the murderer kept stepping closer and closer to the edge of the cliff for the dramatic scene.

The actor explained: “It was a bit scary but there was a sort of jeopardy anyway, there was a guy and he was threatening that he’d chuck them both off the cliff, so they were sort of nearer the cliff edge than us. 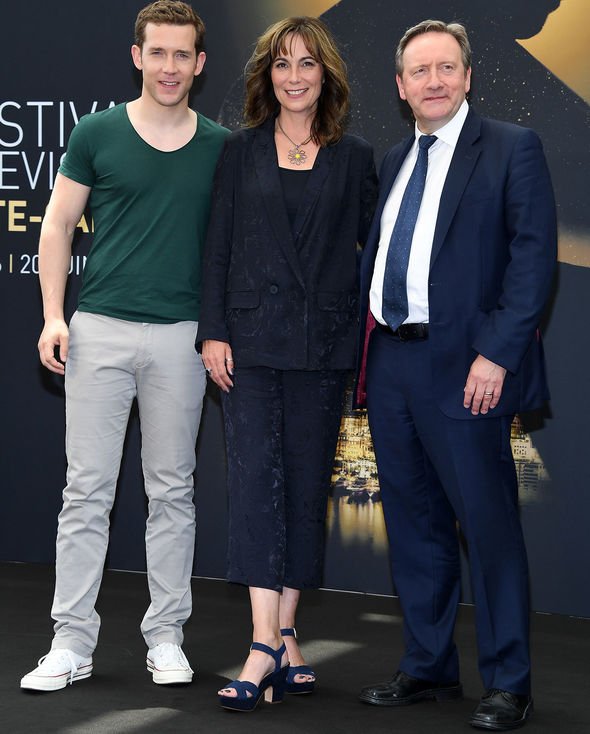 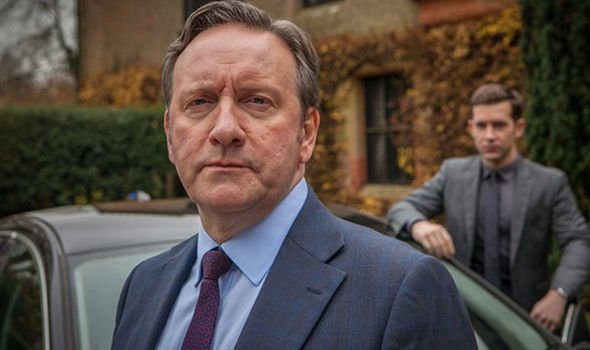 “So several times without thinking I’m saying, ‘Now come on, don’t do anything silly’, and I’d step forward, the murderer would step back, the camera crew would step back and I’d go, ‘No! God almighty, stop, Jesus Christ, we’re all going to go over the b****y cliff!’”

He added: “With the gale we couldn’t stand up straight without being blown over the edge so that was quite a hairy one I remember and that took quite a bit of filming to manage to get all the takes where I’m going, ‘For God’s sake please don’t go any nearer to the edge!’

“So that was quite a stressful couple of days I was quite glad when that was finished.”

Elsewhere, Neil spoke out about having a break in filming from Midsomer Murders as a result of the COVID-19 lockdown.

The star said the cast and crew are “hoping” to return to set “later in the year”, but he is unsure about “what’s actually going to happen”.

When asked about if he’s concerned about how filming will work if social distancing is still a factor, the star said: “I’m sure much cleverer people than me will be working out ways of doing the filming.

“If I was them, I would be thinking what kinds of contingencies could we have in place and how many different ways of doing things can we find? Depending on when we come back if everything is pretty much fine.

“I guess it would be easier to film a scene with two people in it rather than 12 people and if you can do things with a smaller crew directing around the camera and the actors maybe.

“But it’s not like when you’re normally filming you’ve got lots of people hanging around not doing anything, everyone’s there because they need to be there, so I don’t know quite how easy that would be to do.”

Fortunately, in a reassuring message to viewers, he added: “I’m sure people are drawing up healthy contingencies for us all to get back and start shooting again.”

Watch every episode of Midsomer Murders on BritBox. Visit BritBox.co.uk to register for a 30-day free trial.

Midsomer Murders airs tonight from 7.10pm to 11pm on ITV3.

END_OF_DOCUMENT_TOKEN_TO_BE_REPLACED

END_OF_DOCUMENT_TOKEN_TO_BE_REPLACED
Recent Posts
We and our partners use cookies on this site to improve our service, perform analytics, personalize advertising, measure advertising performance, and remember website preferences.Ok