Home » Celebrities » Miss Universe Andrea Meza says she was unemployed before winning: 'My family was struggling' 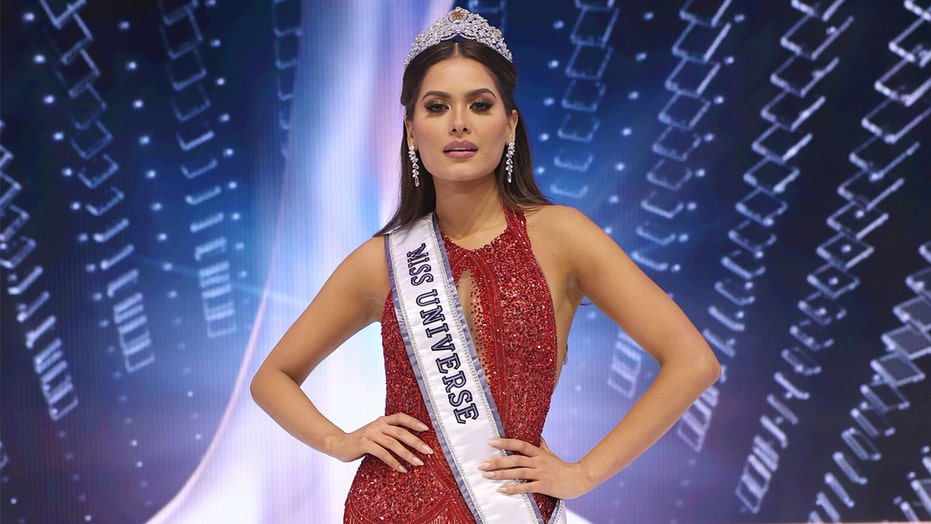 In May, the beauty queen beat out Miss Brazil, becoming the 69th Miss Universe. Previous winner Zozibini Tunzi from South Africa held the title since December 2019. Last year’s ceremony was canceled due to the pandemic.

The pageant was hosted by Mario Lopez and Olivia Culpo, the 2012 Miss Universe. It was broadcast live from the Seminole Hard Rock Hotel and Casino Hollywood in Florida.

The Miss Universe competition airs in more than 160 territories and countries across the globe including in the U.S. on the FYI channel and Telemundo.

The 26-year-old spoke to Fox News about representing Mexico, why she decided to participate in the pageant and how she hopes to show a real side to herself on social media. 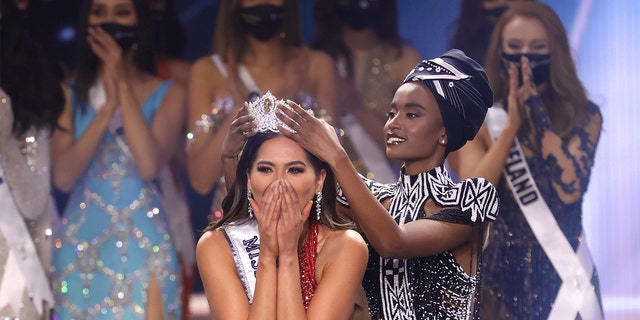 Fox News: How does it feel to be the new Miss Universe?

Andrea Meza: It has been the greatest moment of my life so far. When I heard [“Viva Mexico”] I didn’t know if it came from the audience or if it was Mario [Lopez] that was calling my country. So in the beginning, it took me a few seconds to realize that I won.

Every time I see the video now, I think it’s funny because I’m super excited. I didn’t believe what was happening. You can’t hear it, but I was jumping and screaming. I could feel my whole country there with me because the audience was going crazy. And I could see all the flags. I’m so grateful I got to feel so much love at that very moment.

Fox News: What was it about the Miss Universe competition that made you want to participate?

Meza: Well, it started a long time ago. In 2010, when Ximena Navarrete won Miss Universe, it was super inspiring for me. I realized that Mexican women could reach such high places. That’s when I really started paying attention to Miss Universe. But growing up, I never thought I would be here. I never thought I would be capable of being a beauty queen. Being in front of the camera? For me, that was impossible. But somehow I wanted to overcome that. 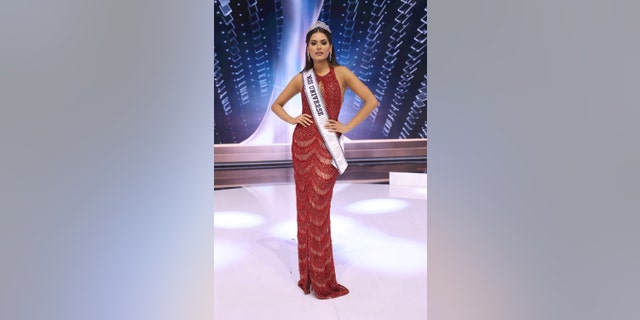 Andrea Meza – who has a software engineering degree – beat out out Miss Brazil at the end of the night, screaming when the announcer shouted ‘Viva Mexico!’
(Photo by Rodrigo Varela/Getty Images)

Fox News: What was it like participating during the pandemic?

Meza: It was a totally different experience. I didn’t have work. My family was struggling with their business. All of that starts playing with your mind. But somehow, participating kept me focus and kept me working on something. And having all this free time? I took advantage of it.

Meza: I wanted to use this moment to motivate others. I know it’s really hard for some people because they may not have access to the vaccine. But here in the United States, it’s available for everyone. I wanted to encourage the community, specifically the Latin community, to get the vaccine to not only take care of themselves but to take care of others.

I wanted to show people there’s nothing to be afraid of. I know when there’s something new, and we don’t know a lot about it, we could have our concerns. But we have to trust the science. This is for the well-being of everyone. 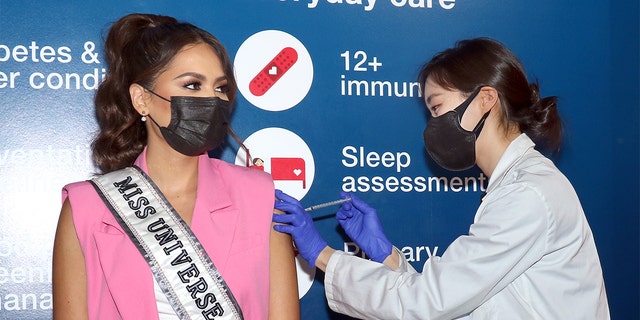 Miss Universe Andrea Meza (L) receives her COVID-19 vaccine as her first official act as Miss Universe at CVS on May 26, 2021, in New York City.
(Photo by Jim Spellman/Getty Images)

Fox News: It’s been said you want to be a role model for girls. Could you tell us more about that?

Meza: As I said, for a long time, I didn’t believe I was capable of doing a lot of things. I was afraid of what people would think about me. I was afraid to show myself. I never thought I was capable of shining or being an inspiration to someone else. When I started working on my fears, I realized that it was all in my head. That encouraged me to push forward with my goals. Now I want to tell my story and show other girls that we are capable of doing anything.

Sometimes we’re afraid to try because of failure or we just feel vulnerable. But I want to tell them that being vulnerable is OK. That makes us human. And that’s OK if we’re afraid. We can only try. Once you step out of your comfort zone, you’ll realize that you’re capable of doing amazing things.

Fox News: Some may argue that as Miss Universe, you’re the beauty standard. Therefore, they may not be able to identify with you. How do you hope to change the way we talk about beauty standards?

Meza: I think it starts with showing myself as a human being. That’s what I like to show on social media. I’m one of them. I’m just a normal girl from a normal city with a normal, loving family. And I’ve come this far because of my values. I know on social media we can see amazing places and appear a certain way. But I think it’s more important to show just the way I am. I have this amazing life, but it’s not perfect. I’m not perfect. Nothing is perfect in this world. 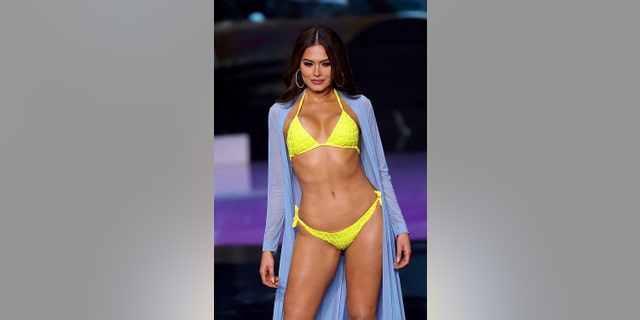 Miss Mexico Andrea Meza said she was out of work when she tried out for the Miss Universe competition.
(Photo by Rodrigo Varela/Getty Images)

Fox News: Since winning the crown, have any of your old friends or exes tried to contact you? Maybe slide into your DMs?

Meza: *Laughs* My cell phone did explode. The day I won, I received a ton of messages. I haven’t been able to answer them all yet. It seems like now, I have family members everywhere! *laughs*. Suddenly, everyone knows me, knows my family, met me at some point. I have a huge family but apparently, I have a whole set of family members I don’t even know!’

Fox News: Some fans found a photo of you where it seems like you’re getting married. What’s the story behind that image?

Meza: I worked with the tourism office of Chihuahua and we were working on this campaign to promote Cooper Canyon as a bridal destination. So we had this photoshoot back in 2019. I wasn’t a beauty queen then. It was actually funny to post that photo with the date as if we were getting married. But all my friends knew it was a joke.

The guy, my so-called husband, is actually a friend. And that’s the story. It was on my social media. I never thought about deleting it because I thought it was obvious that I’m a model and do these kinds of campaigns. But when I won, people started digging and they found it. And then it went viral *laughs*. 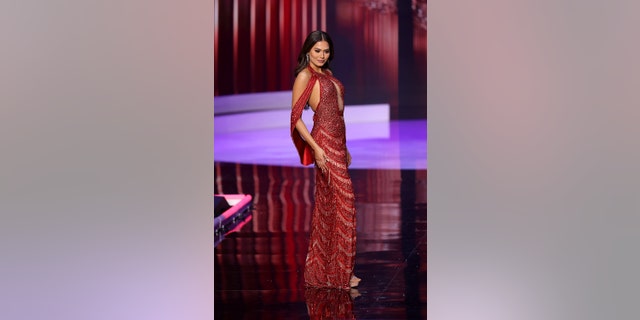 Fox News: What do you hope to accomplish as Miss Universe and why?

Meza: I want to take advantage of every single moment. I want to do the most I can with it. I worked with the consulate general in New York and we had this amazing conversation about women empowerment and gender-based violence. That’s one of my main focuses.