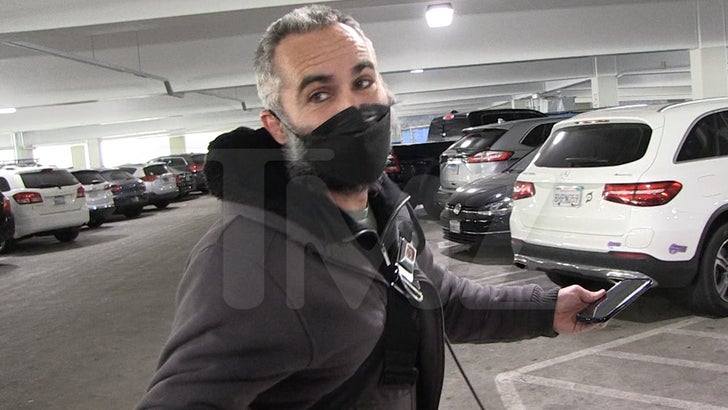 Nestor Carbonell, the weather guy on “The Morning Show,” says his character is the new poster child for cancel culture — and how out of control it’s gotten — which was the whole point of season 2.

Nestor plays Yanko Flores on the Apple TV+ drama, and when we saw him at LAX, he solved a tiny mystery about his storyline. Don’t worry … if ya haven’t seen it yet, we’re not giving away much.

In a nutshell … Yanko was doing a report about famed groundhog, Punxatawney Phil, when he refers to the little guy as his “spirit animal.” That sets off a “woke mob” backlash, his bosses get pissed and the meteorologist gets hung out to dry.

Fans have been debating whether the Yanko plot was mocking cancel culture or embracing it — and, not to offend equestrian lovers — but, we went straight to the horse’s mouth for the answer.

Nestor tells us, “What [Yanko] was canceled for was kind of absurd, which is kind of the point.” There ya have it … straight-up satire!!!

Check out the clip, though … turns out playing a guy who gets taken down by the Twitterverse did have a real-world impact on Nestor, who now views these sorts of controversies with a slightly different perspective.