'Murder Mystery' stars Jennifer Aniston, Adam Sandler say who they would pin a murder on 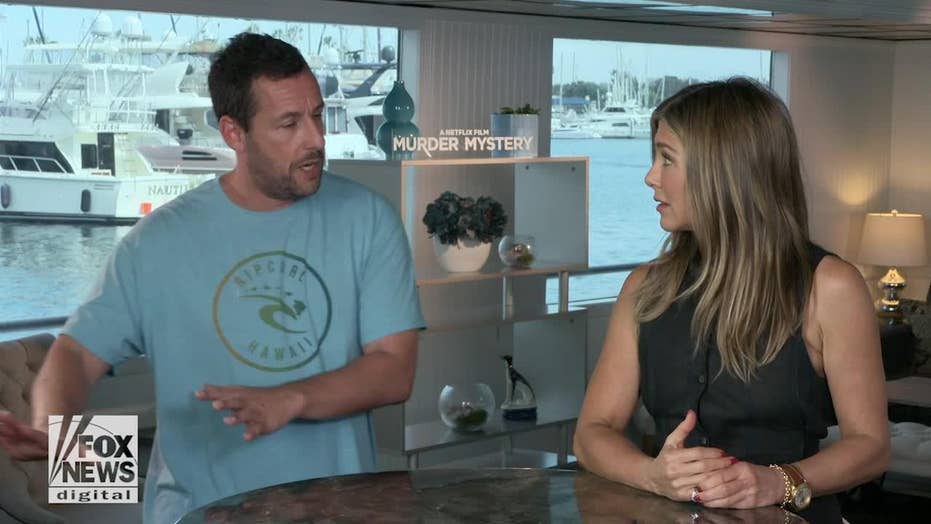 Adam Sandler and Jennifer Aniston dish on their onscreen chemistry in their Netflix comedy "Murder Mystery," and who they each would love to pin a murder on.

LOS ANGELES – It's been eight years since longtime friends Jennifer Aniston and Adam Sandler teamed up for an on-screen project.

The comedy mavens last coupled up in 2011 for the romantic comedy "Just Go With It," and now the pair star in Netflix’s latest original film: "Murder Mystery."

Aniston told Fox News that it took no time to get back into the swing of things with Sandler, saying it felt like second-nature to work with him again.

“It's literally like riding a bike. It's like riding a bike – it kind of just comes back because it is a very specific dialogue we have, and a sort of sense of humor that we have together sometimes inside, sometimes very outside. And it's always good when it falls inside,” Aniston told us.

“Full attack. Full attack, we go on sometimes. She comes after the poor Sandman,” Sandler, 52, retorted before Aniston quipped, “It's fun to try to make him break in a scene, that's usually a good sign.” 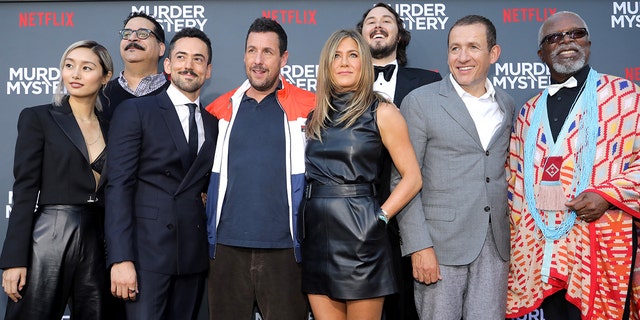 Directed by Kyle Newacheck and developed through Sandler’s production arm Happy Madison, “Murder Mystery” follows an American couple on a long-overdue European vacation honeymoon – who through a series of bizarre circumstances end up being framed for the murder of an elderly billionaire patriarch.

We pressed the “Friends” alum and “Happy Gilmore” performer on who they each would love to pin a murder on, and while Aniston, 50, kept her unsuspecting mark close to the vest, Sandler was much less coy in revealing his choice.

“Just to get them in deep trouble. Who would you like to destroy – I like this. His name is Rob Schneider,” said Sandler.

“Oh yeah, you’d have to have some fun with Rob,” Aniston said. 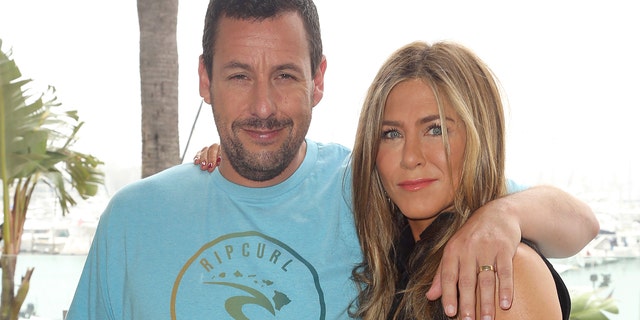 When asked what his longtime friend and collaborator ever did to deserve the blame in the hypothetical whodunit, the stand-up comedian simply said, “Nothing! That’s the beauty of this joke.”

Sandler’s films have grossed over $3 billion worldwide and include films such as “Grown Ups,” “The Waterboy,” “Big Daddy” and “50 First Dates.”

“Murder Mystery” is available to stream Friday, June 14 on Netflix.