Looking back, Nick Jonas now understands the hubbub around the Jonas Brothers’s purity rings; but at the peak of their career a decade ago, the frenzy surrounding his and his brothers’ vows of abstinence “was incredibly annoying.”

“And then it became a defining factor of who we were as a band, which was disappointing,” Nick, now 26 and married to actress Priyanka Chopra, says in a special men’s edition of BAZAAR.com with his brothers Joe, 29, and Kevin, 31.

“I was just trying to navigate love, and romance, and what sex even meant to me, at a sensitive age,” he added. 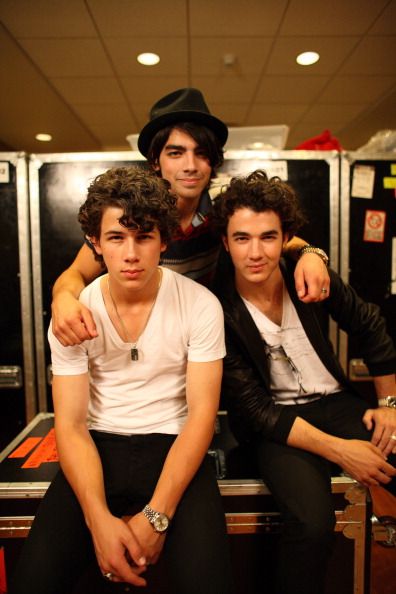 The attention on the brothers’ sex lives went beyond the tabloids; their decision to wear purity rings became the target of a scathing South Park episode (which Nick now says is “incredibly entertaining”) and some savage jabs from comedian Russell Brand when he hosted the 2008 VMAs.

But the culture has changed since then. “The question should have been: Is it appropriate for people to talk about a 16-year-old’s sex life?” Nick pointed out. “It’s absolutely not—and it wouldn’t necessarily fly today.”

Growing up helped Nick come to terms with the fuss—and respond to it with a sense of humor. “Once I got older, and I experienced love, and had sex, and defined my view of the world, and what faith and religion actually meant to me, I accepted that [the rings] were probably a fascinating story to people,” he said.

“I accept that it made some people curious and laugh,” he continued. “It doesn’t define us now. That’s what matters.”