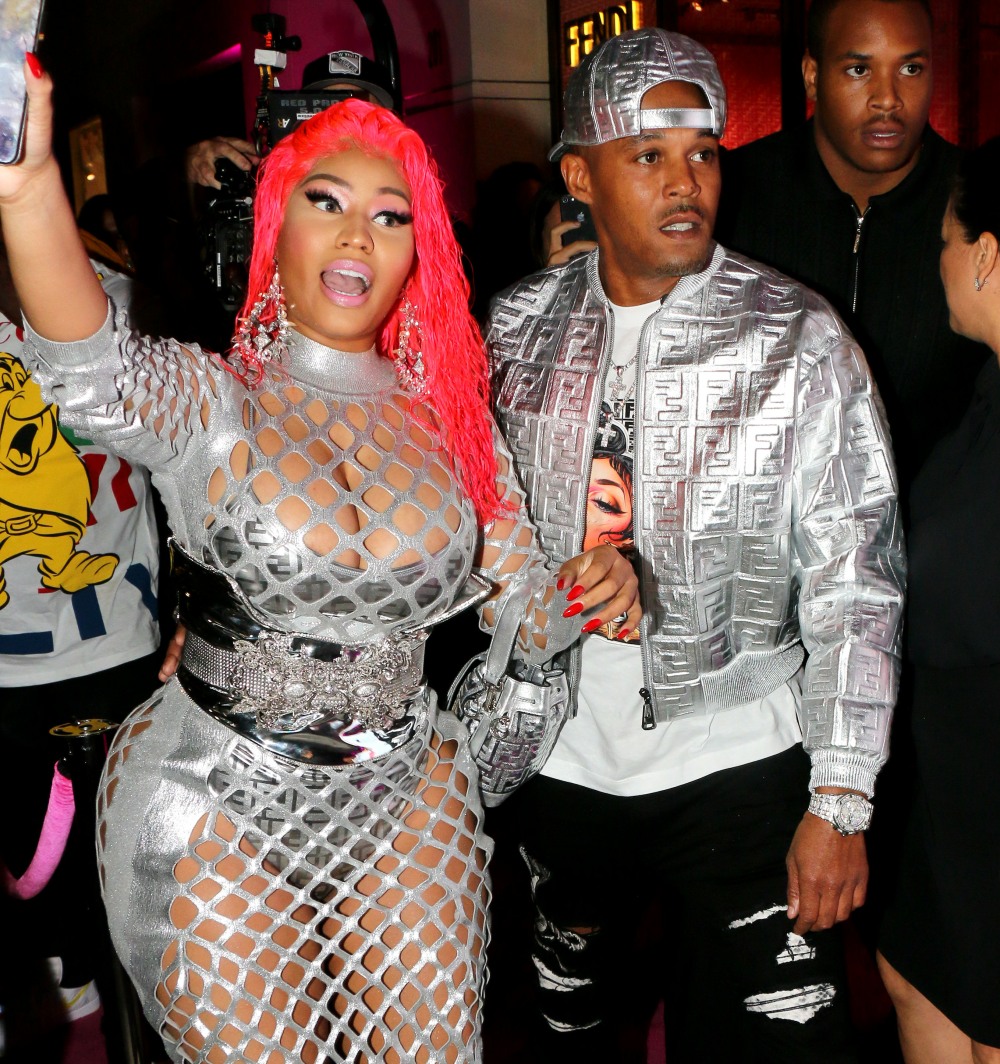 Ever since that story that Safaree Samuels told about Nicki Minaj, I haven’t been able to look at her the same way. It’s not like I was ever a Barbz, but… I believed Samuels. I believed that Nicki attacked him and stabbed him and sent him to the emergency room. I also believe that Nicki Minaj starts sh-t and verbally trashes people and then when they respond, she wants to pretend she’s the innocent one. That’s her M.O. So…Nicki is married now, to Kenneth Petty. She and Petty ran into her ex-boyfriend Meek Mill in West Hollywood. Meek and Nicki’s relationship was not a healthy one, but I kind of thought it was all water under the bridge. Apparently not, because all three parties got into some kind of altercation.

Meek Mill took a walk down memory lane that almost ended in blows — running into his ex, Nicki Minaj, and her husband, Kenneth Petty … and they weren’t happy to see each other. The shouting match went down Friday at the high-end clothing store Maxfield in West Hollywood, where somehow … Meek happened to stumble across his old flame and her current partner. It’s unclear who was there first, but regardless … it got heated.

TMZ got a hold of the face-off, and you can see Meek in white being held back and escorted out of the store by both his own security team and guys working for the boutique. In the background, you clearly hear Nicki and Ken’s voices … they’re pretty distinctive. No official word on what started the beef, but based on what we can make out … it sounds like they were talking crap to each other over Nicki — plain and simple. Oh, and get this … sources tell us NM and KP were alone, and Meek was rolling with 10 heads deep.

Anyway, Ken calls Meek a p***y and Meek calls him one back while adding he can’t face or talk to him one-on-one without a cluster of people in between. Nicki gets in on the yelling too … seemingly calling Meek a bitch, and also seemingly adding he can’t get over her.

Update: Sources connected to Meek tell us he was already in the store shopping when Nicki and Kenneth came in an approached him. When Kenneth started getting loud, Meek suggested they all have a word in private, but they refused … according to our sources. We’re told Meek wanted to keep things civil, because, as one source put it — “He’s just happy he’s in a much better place, personally and professionally, than he was back when he and Nicki were dating.”

I don’t care, honestly. I just thought the video was funny (see below). As the argument got louder, you could see all of these people getting the f–k out of the store. And yes, I think Meek called up TMZ to give them his side of the story, thus that update. Do I think that Nicki and Petty walked up to Meek and tried to start some sh-t? Again, that’s her M.O. Now the Barbz are trying to make it sound like Meek is still hung up on Nicki. Again, I don’t know. 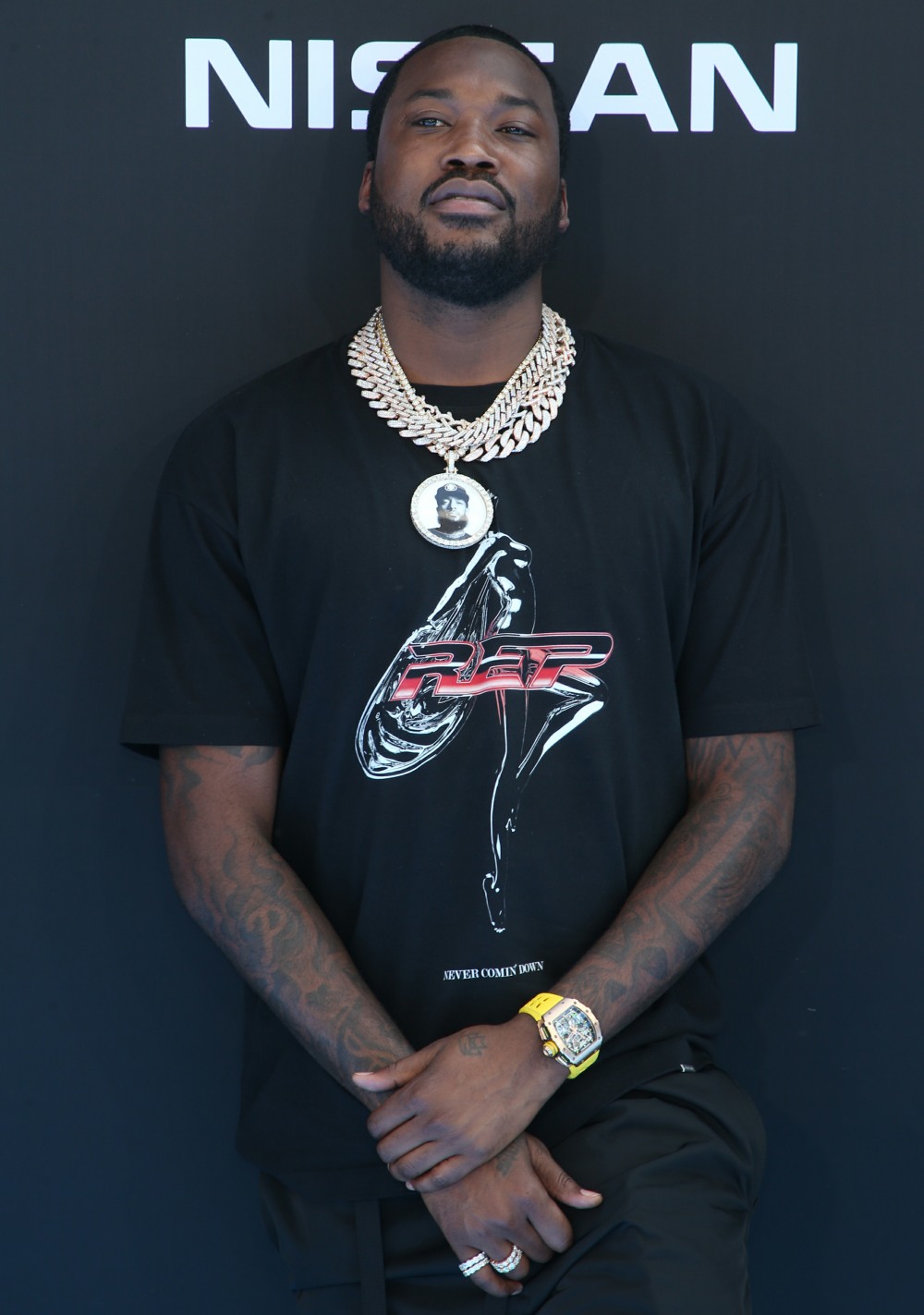 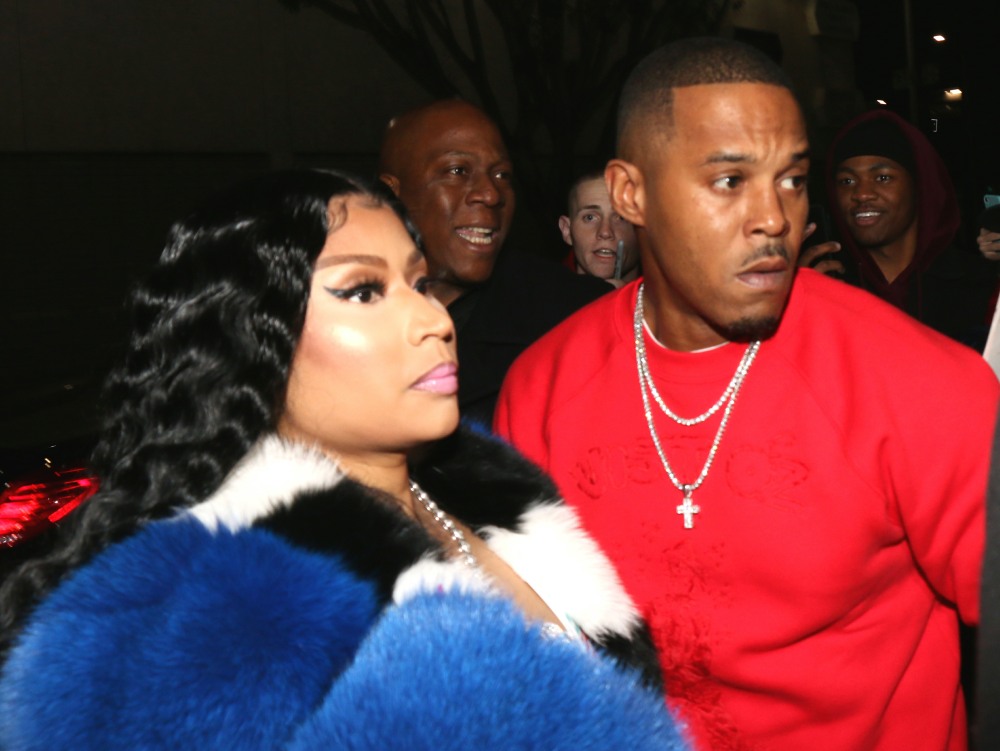 Kevin Clifton: Strictly star compares The Bible to Lord of the Rings in surprise admission

We will use your email address only for sending you newsletters. Please see our Privacy Notice for details of your data protection rights. Strictly Come Dancing star Kevin Clifton, 35, found himself emerged in a deep conversation about artistic points of view, after recent headlines showed division when it comes

END_OF_DOCUMENT_TOKEN_TO_BE_REPLACED

If there are two things Chris Evans is famous for, it’s playing Captain America (and having America’s butt) and being ultra-private about his dating life. And although he’s been reportedly linked to several people over the years, from Jessica Biel to (most recently) Lily James, they remain unconfirmed for the

END_OF_DOCUMENT_TOKEN_TO_BE_REPLACED

Jim Edmonds: Meghan LIED About Threeways to Get Sympathy!

Their marriage may be long over, but Jim Edmonds continues to take shots at Meghan King Edmonds. This time, he is making a couple of seemingly contradictory claims regarding Meghan’s threeway cheating accusations. On Monday, Jim Edmonds sat down for a remote interview with Andy Cohen on his talk show,

A 30-year-old Adams County sheriff’s deputy has been arrested on suspicion of child abuse causing serious bodily injury. Robert Joseph Slater Sheetz, of Brighton, was arrested after police were called to Children’s Hospital on a child abuse report involving an infant child, according to a news release. “The alleged assault

END_OF_DOCUMENT_TOKEN_TO_BE_REPLACED

26 charged in drug ring out of Milwaukee as part of Operation Legend, Barr says

END_OF_DOCUMENT_TOKEN_TO_BE_REPLACED

They certainly got the full Brooklyn Bridge experience. A video of a Bronx man’s marriage proposal on the bridge’s iconic promenade went from a romantic movie to a disaster flick — when a cyclist literally crashed into the scene. Viral video of Chris Vigo popping the question to soon-to-be fiancée

END_OF_DOCUMENT_TOKEN_TO_BE_REPLACED
Recent Posts
We and our partners use cookies on this site to improve our service, perform analytics, personalize advertising, measure advertising performance, and remember website preferences.Ok