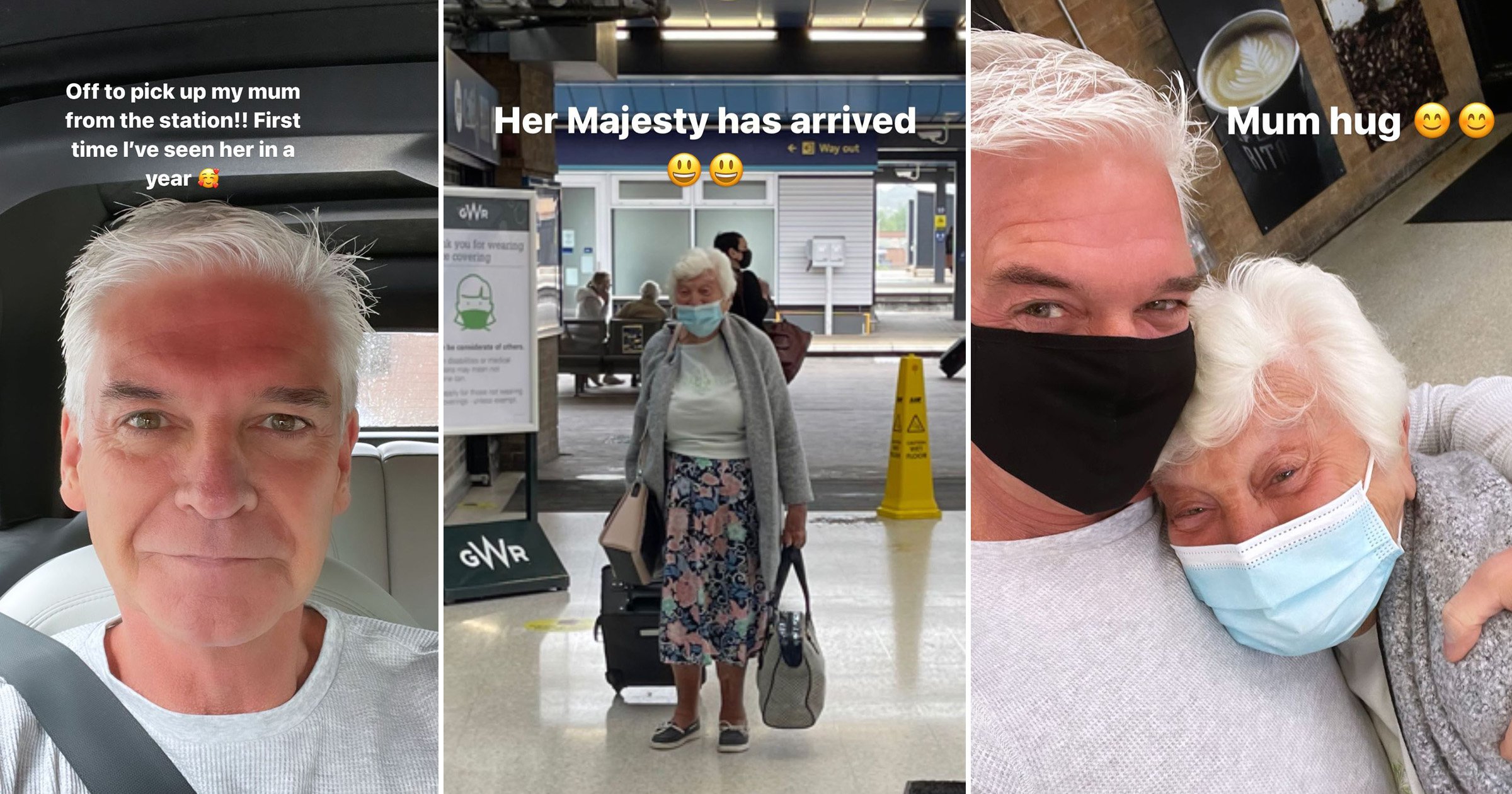 Phillip Schofield has shared his joy at finally being able to hug his mum after a year apart, with the pair sharing an emotional reunion.

The This Morning host, 58, shared a selfie of him in the car on the way to pick up his mum, Pat, 84, from the train station.

He told his followers: ‘Off to pick up my mum from the station!! First time I’ve seen her in a year.’

Phillip then shared a photo of Pat arriving with all of her bags and a face mask on after travelling from Cornwall, adding: ‘Her majesty has arrived.’

He and Pat were both visibly emotional as the next photo he shared was them having a cuddle, adding: ‘Mum hug’.

Phillip and Pat had decided to wait until lockdown restrictions were eased before their reunion despite Pat receiving both doses of the coronavirus vaccine at the start of the year.

He revealed on This Morning in January: ‘Mum was very lucky actually, she’s not a billionaire, she’s just down in Cornwall.

‘She just happened to be on the list and they called her back, I think maybe towards the end of the period they might have some left over or whatever, and she got her second vaccine.’

Phillip, who came out as gay last year, previously revealed his mother was ‘instantly accepting’ of his sexuality.

He revealed: ‘My mum has been on the phone all morning, I went down to see her in Cornwall.’

Pat revealed on This Morning: ‘When Phillip drove to Cornwall to tell me, the first thing I said was I don’t care. Yes it was a shock, but nothing as a family that we can’t support and applaud.’

She added to the Daily Mirror:  ‘For him to be so brave in front of so many people was inspiring because I know how hard it was for him to do.’