Journalist Celia Walden, 45, has once again taken to Instagram to poke fun at her husband, Piers Morgan, being at home, following his departure from ITV breakfast show Good Morning Britain. The novelist posted a picture in view of her 37,400 fans that prompted her to candidly respond to a comment from a follower, hinting that her presenter spouse was now spending too much time with her after his exit from the breakfast programme.

Nice little spot of sunbathing with my favourite pillow

The day before her beau’s 56th birthday, Celia posted a picture of her enjoying the sun while cuddled up to a giant pillow on the grass.

Donning a pair of tinted sunglasses and a black and white printed T-shirt, the journalist had one arm around the cushion and looked content as she sunbathed.

However, the pillow was no ordinary decoration as it featured a giant print of her husband’s grinning face.

Celia posted the picture with the caption: “Nice little spot of sunbathing with my favourite pillow.” 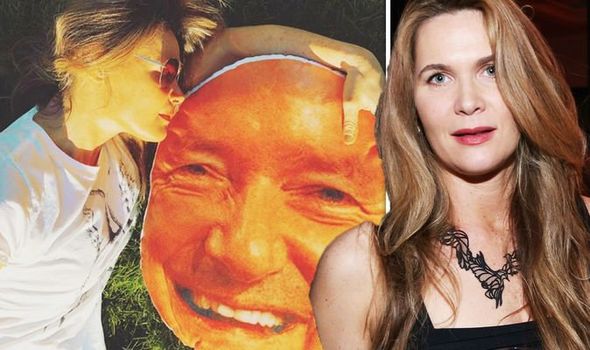 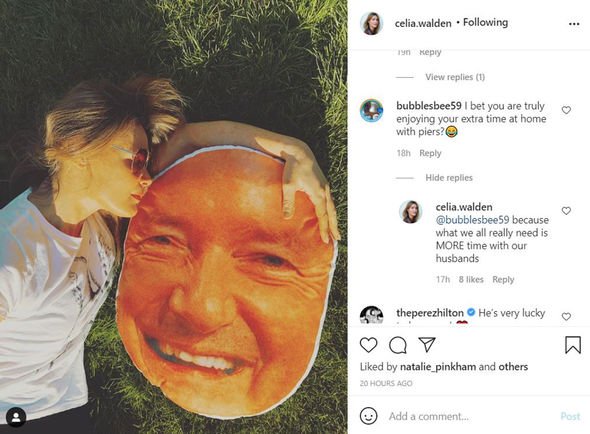 Fans were quick to like the picture and weigh in on the show of affection in the comments below.

One wrote: “I bet you are truly enjoying your extra time at home with Piers?”

But instead of affirming that she was enjoying spending weekday mornings with her other half, Celia sarcastically responded: “Because what we all really need is MORE time with our husbands.” 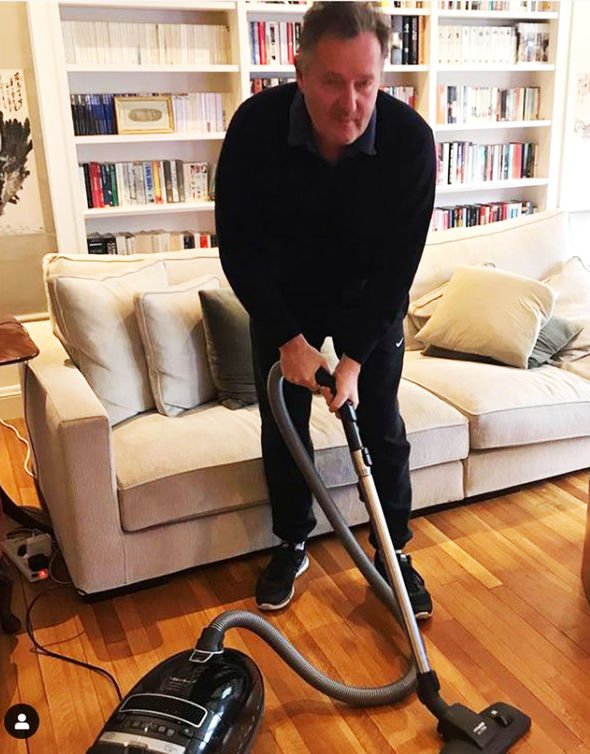 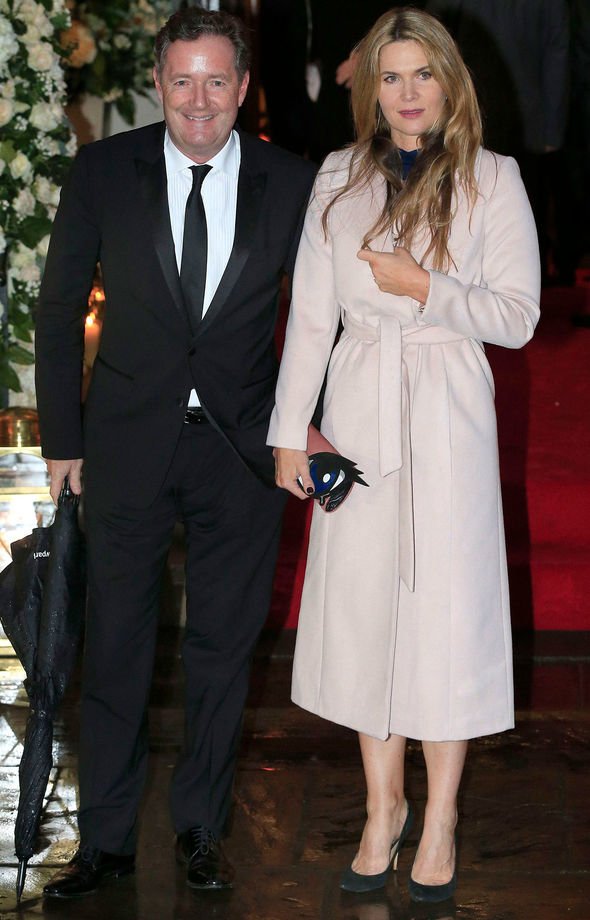 One social media user joked: “At least that one listens,” to which Celia replied: “That’s pretty much the only thing to be said for it!”

Another cheekily asked: “The big question is, is he comfy to sit on?”

Piers made the decision to leave ITV breakfast show Good Morning Britain after sparking backlash with the comments he made about Meghan Markle following her interview with Oprah Winfrey.

Spending more time at home, Telegraph columnist Celia has since been sharing what life is now like with her husband home on weekday mornings.

The day after Piers announced his departure, Celia shared a parody video performed by comedian Alexandra Haddow on Instagram, which had been captioned: “Piers Morgan’s wife waking up this morning.”

The short clip shows Alexandra waking up, before turning to look towards the other side of the double bed in mock-shock that her other half was there instead of the GMB studio

Days after that, Celia posted a picture of a disgruntled looking Piers brandishing a hoover, just as she was leaving the house for work.

She captioned the image: “I want it all done by the time I get back from work. Also, you missed a bit.”

Celia has stuck by her husband’s side during the furious backlash he sparked since Oprah’s tell-all interview with Meghan and Prince Harry.

Taking to GMB the morning after the interview aired, the presenter sparked rage when he doubted the veracity of Meghan’s claims about her mental health when she was part of the Royal Family.

He said: “Who did you go to? What did they say to you? I’m sorry, I don’t believe a word she said, Meghan Markle. I wouldn’t believe it if she read me a weather report.”