Speaking out. Saffire Matos addressed Ronnie Ortiz-Magro’s recent arrest days after he was released on bond.

Ronnie Ortiz-Magro’s Ups and Downs Through the Years

“Ronnie and I are fine,” the eyelash technician wrote via her Instagram Stories on Monday, April 26. “There is a lot of misleading information floating around out there. With anybody who reached out with concern I appreciate it with all my heart, but everything that’s being portrayed out there are not facts. I don’t think it’s fair that people are using false accusations to gain attention.” 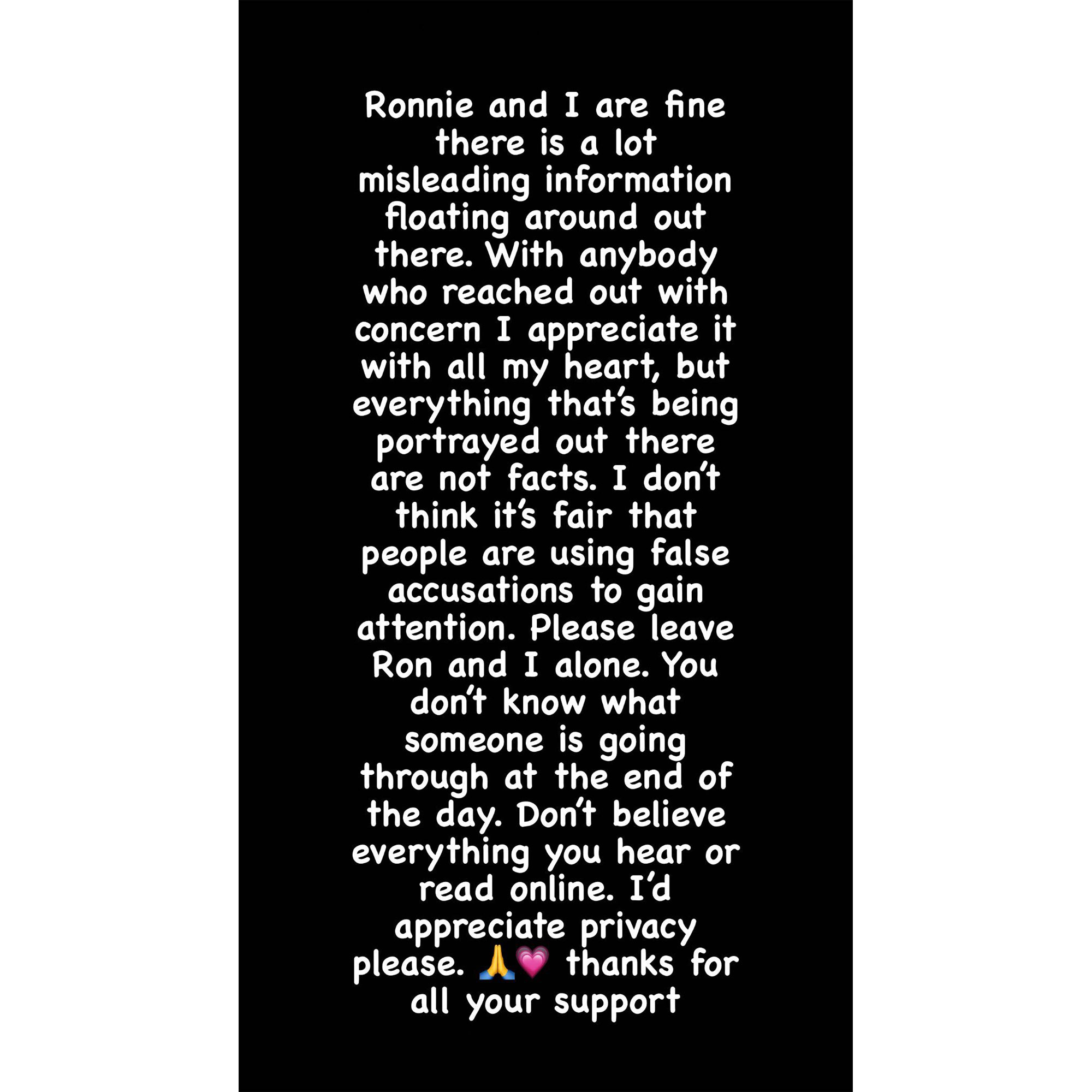 Matos concluded by asking for privacy and thanking her followers for reaching out. “Please leave Ron and I alone,” she wrote. “You don’t know what someone is going through at the end of the day. Don’t believe everything you hear or read online. I’d appreciate privacy please. Thanks for all your support.”

The Jersey Shore star, 35, was arrested for domestic violence in Los Angeles on Thursday, April 22, and later posted $100,000 bond. An insider confirmed to Us Weekly that the incident did not involve his ex-girlfriend Jen Harley, with whom he shares daughter Ariana, 3, who was in Ortiz-Magro’s care when the alleged altercation occurred.

“We have just learned of the new allegations against Ronnie and need some additional time to further investigate,” Ortiz-Magro’s lawyers, Scott E. Leemon and Leonard Levine, told Us at the time. “As such, we will not be making any other statements at this time.” 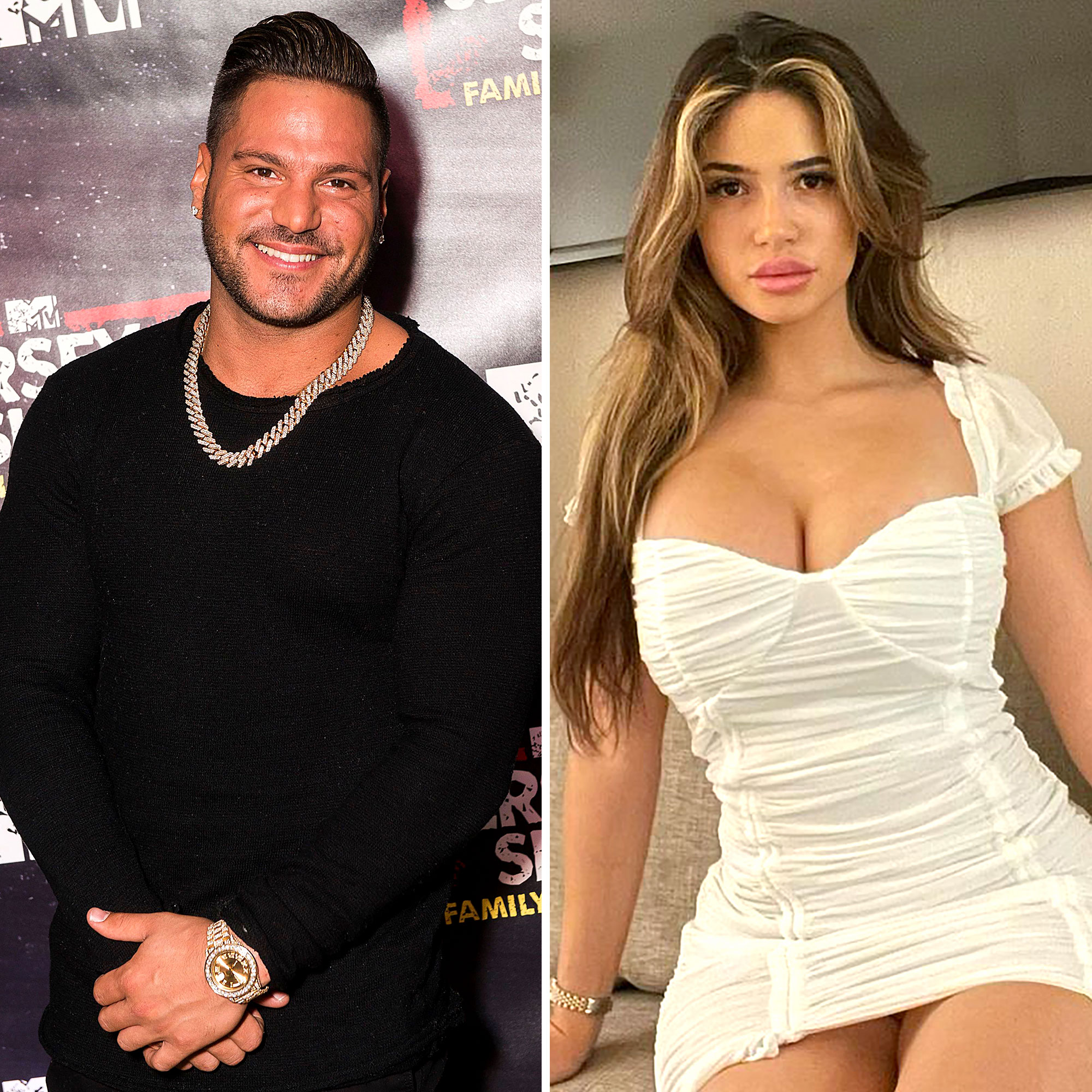 He pleaded not guilty to all charges the following month and was placed on probation for 36 months as part of his plea deal. He was also ordered to pay $20,000 to a women’s shelter and to complete a 52-week domestic violence course.

The reality TV personality spoke out for the first time since his latest arrest on Monday, writing a message on his Instagram Stories about knowing who to trust. “I am grateful for all of my real friends,” he said. “Being by myself the last few weeks — I take all experiences as lessons. You learn who really cares about you when your [sic] down and out and than [sic] you see who doesn’t! But I guess they call it the weeding process.”

Last year, Ortiz-Magro spoke to Us about how “special” Matos was to him, adding that the pair met in February 2020 and started dating several months later.

‘Jersey Shore’ Cast, Then and Now

He also claimed he’d been through “a lot” in 2020 but felt his relationship with Matos had really helped improve his life. “I would definitely say I’m in the happiest place I’ve been in a long time,” he said. “You know, I feel like in the past I’ve always said, ‘I’m happy and I’m in a good place.’ I feel like I finally really have found my happiness.”

If you or someone you know are experiencing domestic violence, please call the National Domestic Violence Hotline at 1-800-799-7233 for confidential support.