Rose McGowan sends Election Day message to Americans from Mexico: 'There will be human collateral damage'

Rose McGowan shared a message of solidarity ahead of the polls closing on Election Day in which she noted she’s standing with all Americans from Mexico.

The actress and activist shared an audio clip of herself speaking to people in the U.S. who may be anxious about the 2020 presidential election’s outcome hours before the first polls closed. She begins the minute-long speech by saying that she’s standing “in fear” with all Americans.

“I stand with all of you in fear tonight. All over the world and tonight, especially in the United States, it will be hard. It is hard, but out of this can be born a new system,” she said.

The actress continued by encouraging her followers to “go with the game-changers” and avoids advocating for either Donald Trump or Joe Biden, having previously criticized both candidates in the past. 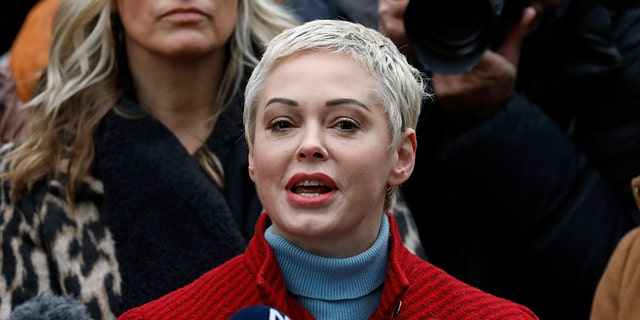 “We just have to keep fighting and pushing forward, not in the same cult-like, two-way thinking. This is different, this is bigger,” she continued. “Go with the game-changers, even if someone stirs it up and you hate them, you’re reacting, and you’re thinking, and you’re feeling, and you’re doing, and you’re moving, and you’re acting. The action is the most important thing.”

She concluded her message with a lengthy sign-off that revealed she is in Mexico as the votes continued to pour in. The actress seems to have relocated to the country amid the coronavirus pandemic, having shared photos from Mexico on her social media since July.

“I believe in you. Summon your better angels. Much love from Mexico, Rose. Rose Army. An army of thought, an army of those who think differently and see the system for what it is. We can be better. You’ve got this,” she ended.

The clip was posted to her Twitter account along with a caption encouraging her followers to remain calm amid election uncertainty.

“You are scared. And you are right to be. There will be human collateral damage,” she wrote. “Dig deep into your bravery, breathe deeply, center yourself. Help others first. The candidates will not address this. There is much that has been hidden from you. Be your own army.”

McGowan rose to renewed fame as one of the key accusers of now-disgraced movie mogul and convicted rapist Harvey Weinstein. She's since spoken out against both Trump and Biden. She previously got into a feud with her "Charmed" costar Alyssa Milano over her support of the Democratic presidential nominee despite claims of sexual assault, which Biden has denied. McGowan publicly supported Tara Reade, Biden's accuser.

END_OF_DOCUMENT_TOKEN_TO_BE_REPLACED

END_OF_DOCUMENT_TOKEN_TO_BE_REPLACED
Recent Posts
We and our partners use cookies on this site to improve our service, perform analytics, personalize advertising, measure advertising performance, and remember website preferences.Ok