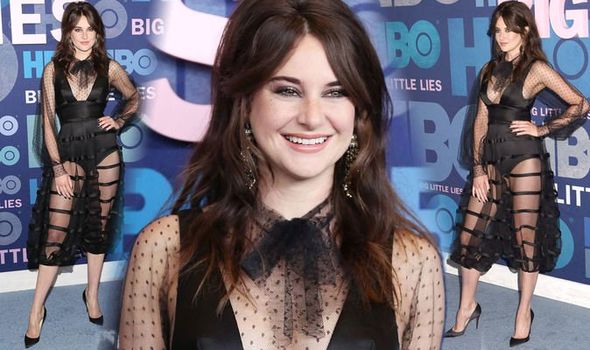 Shailene Woodley, 27, made sure all eyes were on her at the star-studded premiere for Big Little Lies 2 last night.

The American actress showcased her fabulous figure in a head-turning little black dress when she joined the show’s incredible line-up in New York City, to mark the release of the second instalment on TV.

The movie star, who previously appeared in the popular Divergent series and romantic drama The Fault in Our Stars, posed for pictures with her co-stars ahead of the first screening of the HBO series.

She joined Reese Witherspoon, 43, Nicole Kidman, 51, Zoe Kravitz, 30, and Laura Dern, 52, as well as Meryl Streep, 69, who joined the programme in the second series.

Shailene, who plays Jane Chapman in the award-winning drama, was nominated for a Primetime Emmy and Golden Globe award for her supporting role in the ensemble cast.

Last night she oozed glamour in a sheer black dress with 1960s-style big, voluminous hair as she joined the sea of famous faces.

The see-through fabric of her gown, which was adorned with polka dots at the top and stripes on the skirt, showed off her fabulous figure.

A pussycat bow at the collar and a plunging neckline drew attention to her cleavage while the bodysuit underneath showed off her toned legs and pert bottom.

The actress finished off her outfit with a pair of towering high heels and a pair of chandelier earrings. 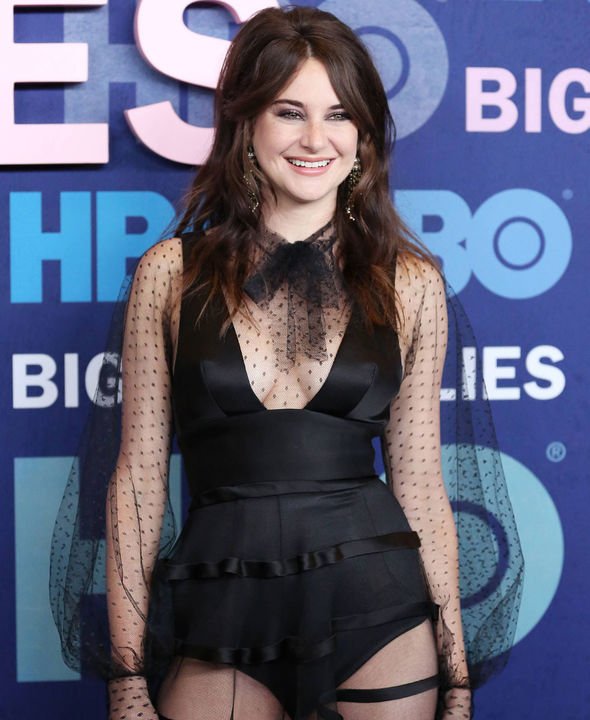 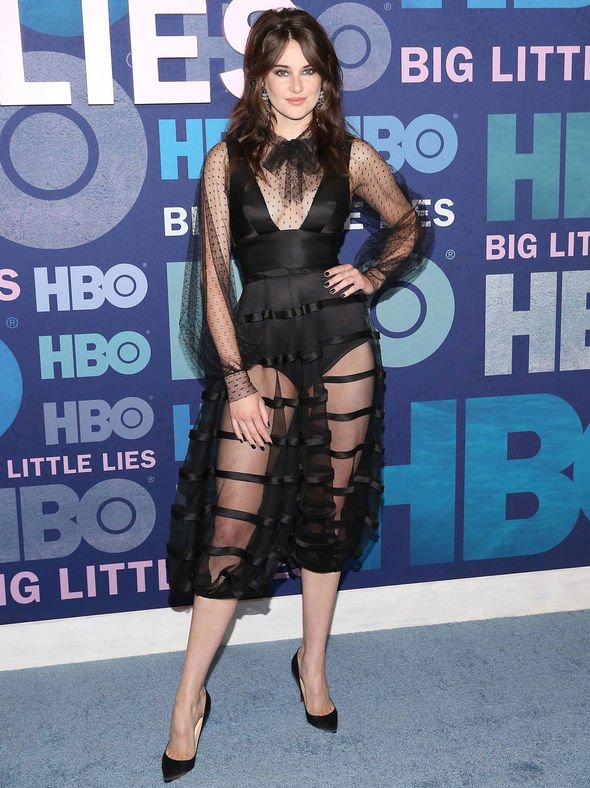 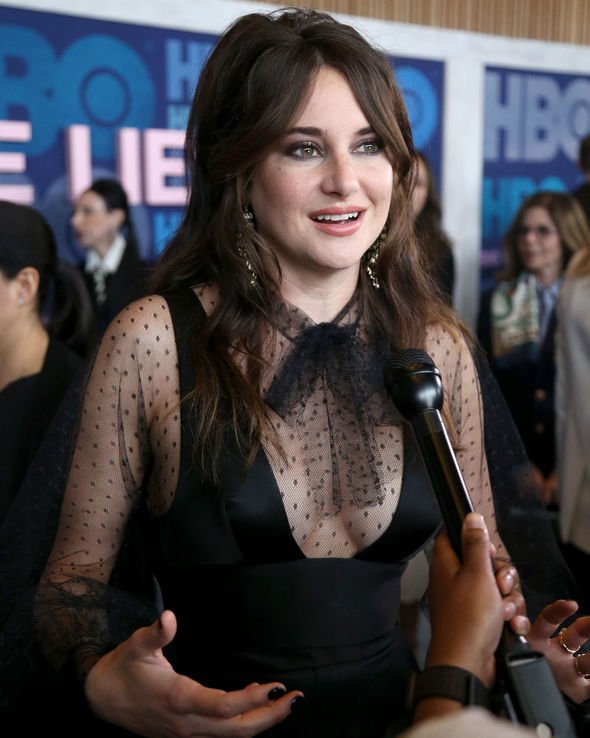 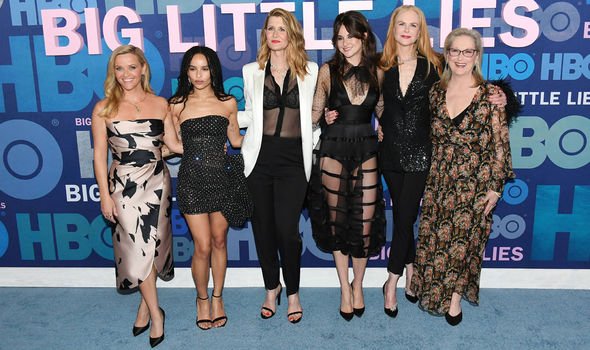 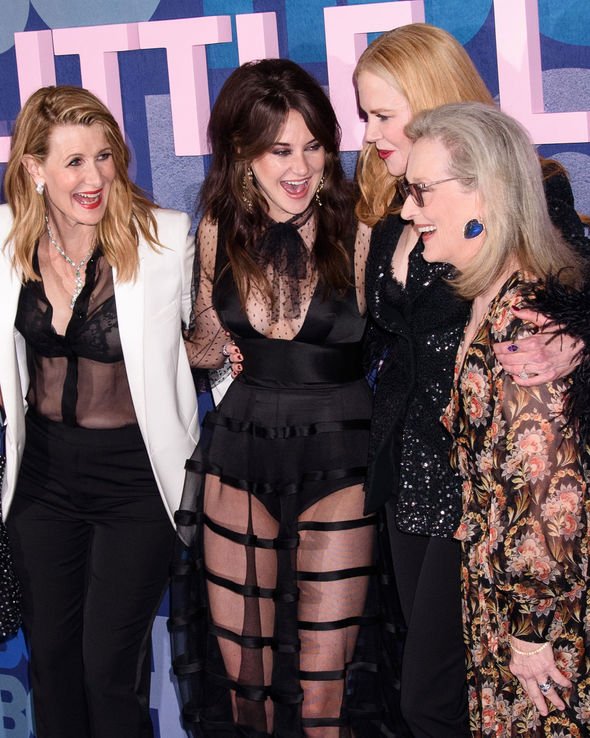 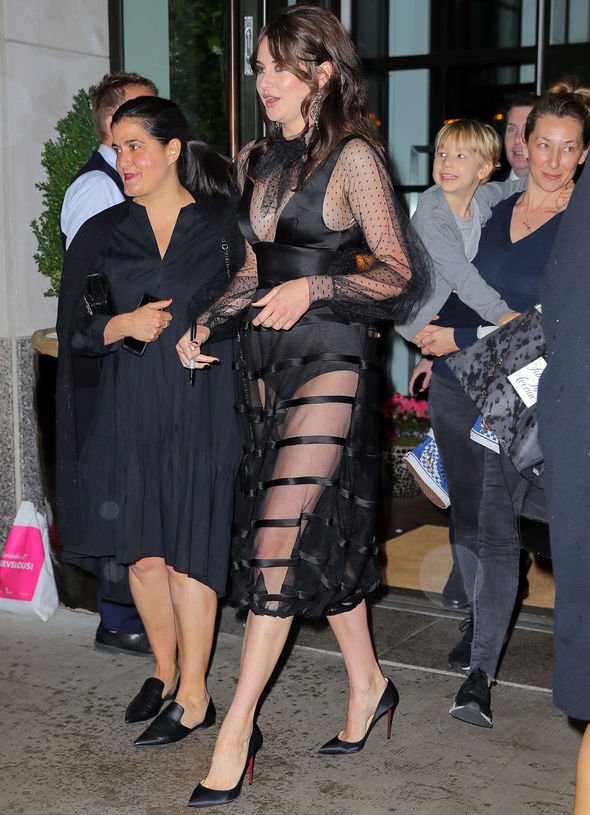 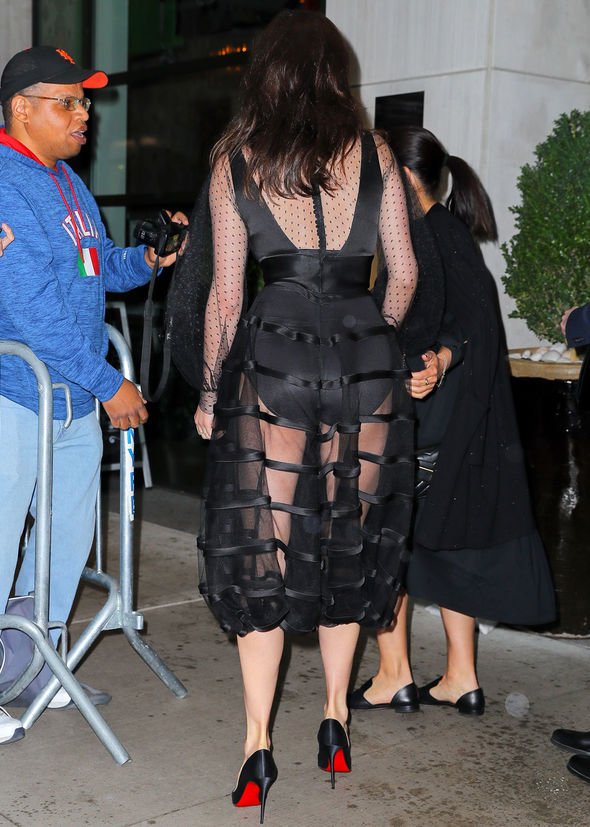