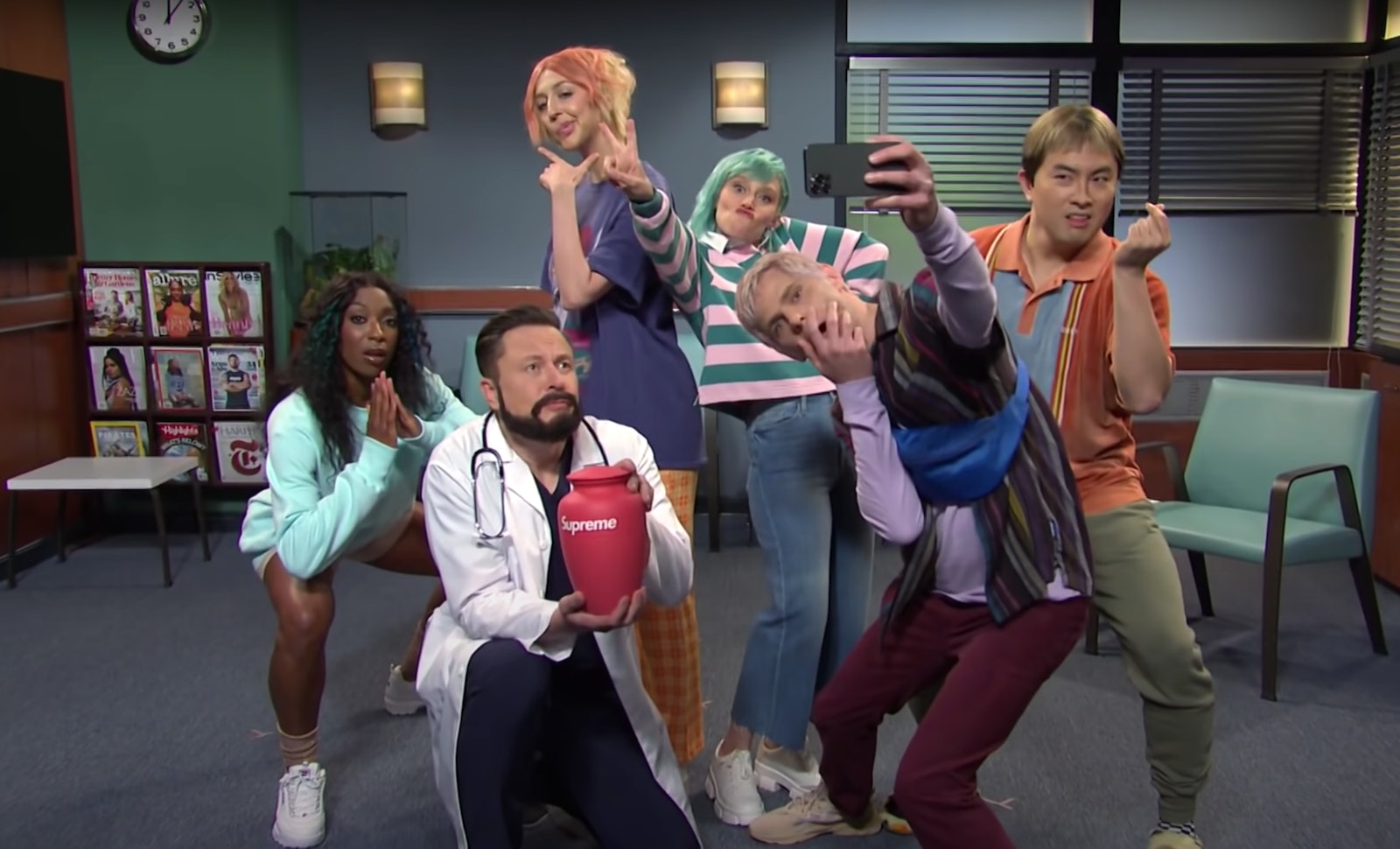 Elon Musk’s awkward attempt at comedy was only the second most controversial part of the latest Saturday Night Live. The May 8 episode opened with a sketch that quickly drew tons of criticism online, bringing up pop culture’s increasingly egregious proclivity to whitewash and appropriate African American Vernacular English (AAVE). After it aired, SNL‘s "Gen Z Hospital" sketch led to tweets calling out the misuse of AAVE. Elite Daily reached out to NBC for comment on the criticism, but did not hear back by the time of publication.

"Gen Z Hospital" had a simple premise: Five friends (played by Ego Nwodim, Mikey Day, Heidi Gardner, Kate McKinnon, and Bowen Yang) anxiously await medical results in a hospital where everyone speaks in what the sketch asserts to be Gen Z slang. Throughout the scene, the characters throw out "trendy" words and phrases that continue to litter TikTok and Twitter: "pressed," "dead*ss," "sus," "say less," "catch hands," "took an L." It all led up to each character eulogizing their friend in the TikTok-beloved "it’s the … for me" format. The issue is, these terms were not created by Gen Z TikTokers.

As has been widely pointed out in recent years, most of what is considered "Gen Z slang" or "internet slang" is actually appropriated AAVE. Because the sketch never addressed this, and Nwodim was the only Black actor who participated onscreen, it was tough for many viewers to watch.

According to the Oxford Handbook of African American Language, AAVE is a distinct linguistic dialect with a history that dates centuries. Most linguists believe AAVE developed in the American South during the time of slavery, since there is a strong relationship between the dialect and Southern accents. Another hypothesis is that the dialect developed as a Creole language mixing various West African languages with English.

With its specific grammar and cultural history, AAVE has been hugely influential in Black music, art, storytelling, and humor for hundreds of years, but with the rise of social media, the dialect has been widely co-opted. There’s been a lot of talk about how non-Black influencers have appropriated AAVE as "internet slang," and SNL‘s sketch is just the latest example.

Given the strong response to "Gen Z Hospital," it’s clear that most people know these "Gen Z slang" terms are appropriated AAVE, so hopefully it will lead to a change in who throws them around on TikTok or Twitter without thinking first.