Sophie Turner: In the States, the chocolate ain’t good, the crisps ain’t good 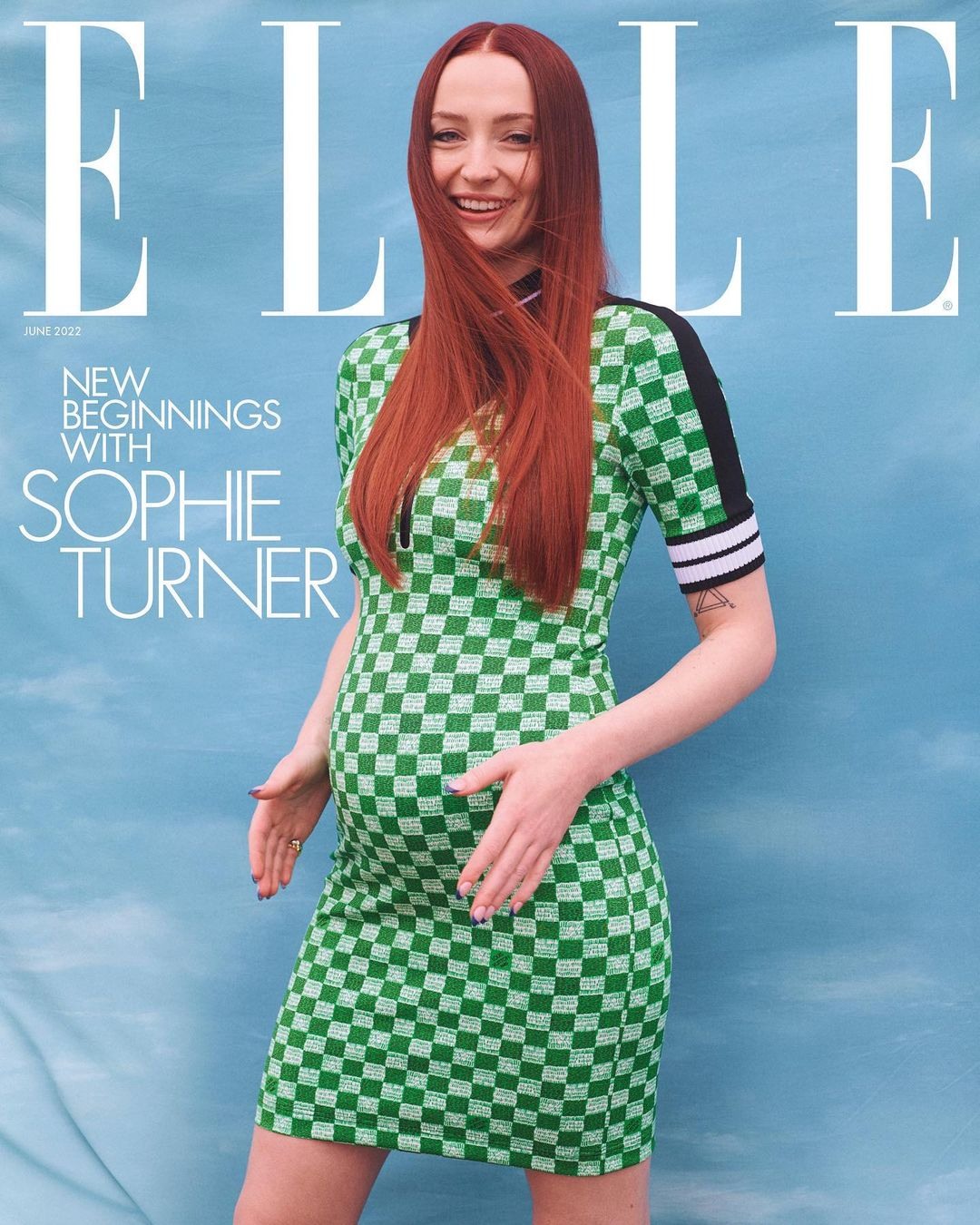 Sophie Turner is currently promoting The Staircase, a series based on a true-crime story… which was already a popular documentary series. Sophie plays one of the daughters of Michael and Kathleen Peterson. Sophie appears on the cover of Elle UK to talk about her life in America, how desperate she is to get back to England, the legacy of Game of Thrones and a lot more. She’s also pregnant with her second child, with husband Joe Jonas, and she happily confirms the news in the interview. Some highlights:

She feels uncool at the age of 26: ‘I used to be so rock ’n’ roll and spontaneous. I’m sure there’s a part of me that’s still like that, deep down. But becoming a mum, you just become way less cool. I’m like an old woman.’

On Game of Thrones: ‘The producers, runners and actors raised me, alongside my parents, but they raised me more in a business sense and to be an independent working woman. It was a very formative time in my life. At 16, I felt like I was a fully fledged adult.’ Of Sansa, she says, ‘She’s still a big part of me. She’ll always be a part of me.’

She wants to do more films: ‘I’ve done the big franchises. So now, because I don’t have all the time in the world, if I want to commit to something on TV, it would have to be special. I want to move forward with the weirder things.”

She lived in Atlanta for nine months while she worked on ‘The Staircase’: ‘It’s difficult, because I’m someone who doesn’t like change. I like consistency and, with the job I have, it’s not attainable. So, I move everything – my daughter, my entire house! There is no more staying in hotel rooms. We get a house and commit to it. I couldn’t not go home to my daughter at the end of the day. Joe’s job is bouncing around from city to city every night. I have a longer amount of time in one place, so it makes sense for me to have her with me.’

They live in Miami: ‘We’re very lucky to live in Miami. We have good weather and live by the water. We try to keep it as chill as possible and just cherish those times, because we don’t get them very often. We travel around so much…. I buy stuff from the British Marketplace. In the States, the chocolate ain’t good, the crisps ain’t good. It’s not the same. I need my Bisto gravy – all the good sh*t!’

Protective of her family: ‘I’m very protective of the life we’ve built. Every time Joe and I do a red carpet together, we make sure it’s for the right reason and makes sense for our careers. You never want to market yourself as a celebrity couple. It’s not that cool. And my daughter never asked for any of this. I know what it can do to your mental health to be in this industry, and to be photographed every day and have the comments. It’s not something I want her to deal with unless she says, “This is what I want to do.” We’re quite strict about that. We’ll encourage her to do whatever she wants but I don’t think we would professionally let her do anything until she’s 18. I also feel quite strongly about my daughter not becoming a nepotism child.’

On social media & disordered eating: ‘I have a love-hate relationship with social media. I wish I’d never got myself involved with it in the first place. I look at the comments on Instagram and think, Oh, f*ck. Everyone thinks this about me. It would completely consume me. The best advice I ever got…For a long time, I was quite sick with an eating disorder and I had a companion. I don’t know if you know what a companion is? It’s a live-in therapist, who would ensure I wasn’t doing anything unhealthy with my eating habits.

She wants to move back to the UK: ‘I miss England so much. The people, the attitude, everything. I’m slowly dragging my husband back. I really love living in America but, for my mental health, I have to be around my friends and my family. And also for my daughter – I would love her to get the education and school life that I was so lucky to have. England would ideally be the final destination, but [Joe] might take quite a bit of convincing! My parent’s house is the epitome of the English countryside – horses, sheep, cows…’

There’s a lot more in the interview, about how she believes in therapy and how she broke her disordered eating habits by changing her worldview (with the help of her companion). The biggest headlines, for me, are about her desire to move back to England, and her general desire to not raise her kids in America. She seems very worried about raising kids in the industry, even though she and Joe don’t even live in LA. I mean, I know a lot of celebrities live in Miami, but surely the vibe is much different there as opposed to LA? I could see Joe moving to England with her though, even if it’s just for a few years. I bet she will miss parts of America then. 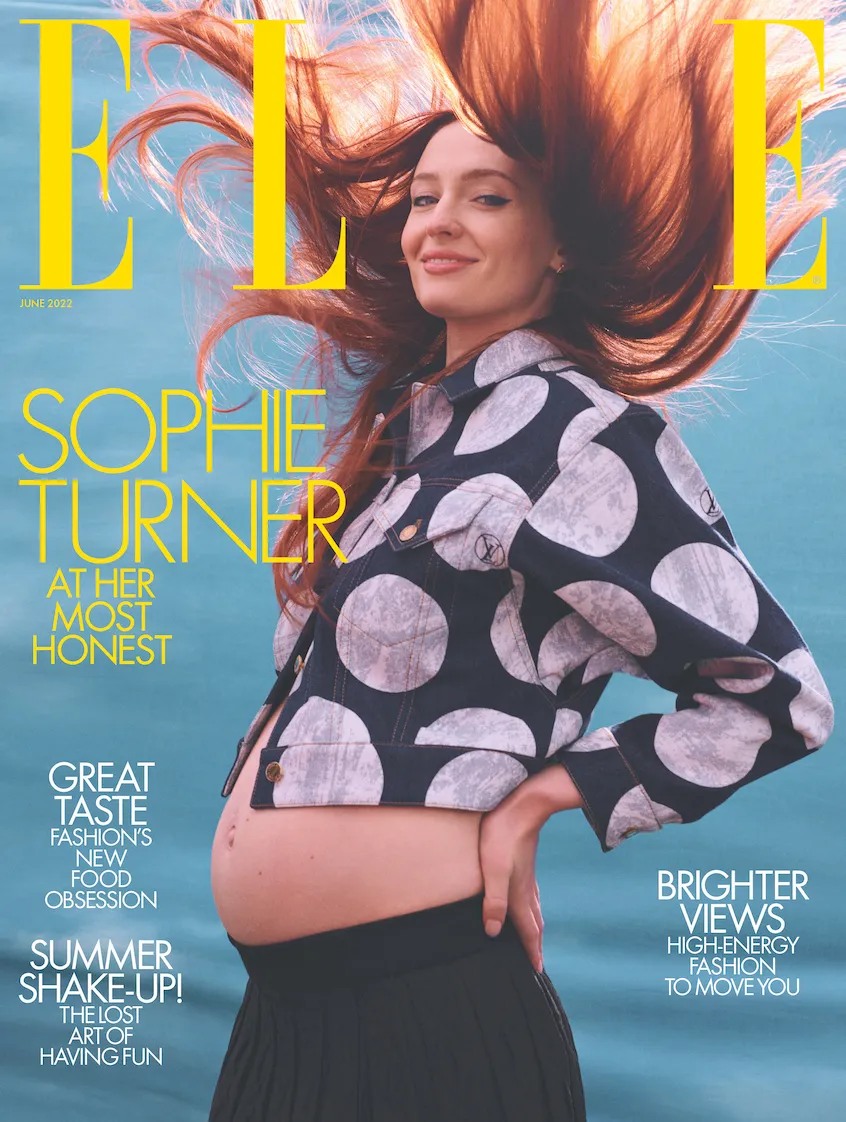