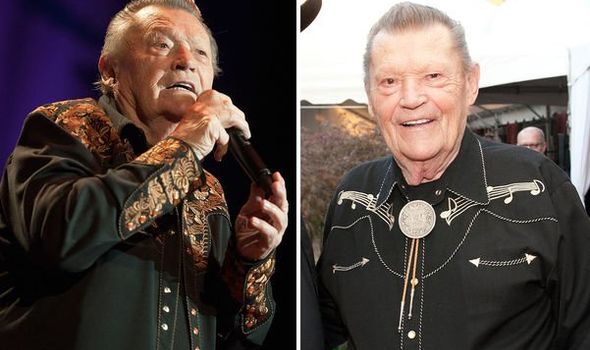 Country singer Stonewall Jackson, who sang on the Grand Ole Opry for more than 50 years, has died. The American musician lost his life on Saturday after a long battle with vascular dementia.

Grand Ole Opry announced the news of his death on their Twitter page yesterday.

Alongside a picture of the musician, they wrote: “Thank you for all the music and memories, Stonewall Jackson.”

Fans were quick to pay tribute to the late singer.

Renita Doyle commented: “So sorry for his family’s loss sending prayers and condolences.”

Byron Fay wrote: “The last of the Opry’s members who had joined the cast in the 1950s.

“A great singer and a fine gentleman. Each visit was special with Stonewall.

“No doubt that he should be in the Hall of Fame. Blessings and prayers to his family.”

Stonewall started performing on the Opry in 1956 and was still appearing on the show in 2010.

He became the first artist to join the Grand Ole Opry before obtaining a recording contract with Columbia Records.

The singer went on to tour with Ernest Tubb, who became his mentor.

His music breakthrough came in 1958 when his song Life to Go made it in the country Top 40 chart.